This past year has been a pretty great dolling year for me. Things have clicked into place nicely for the business end and I am very grateful for it. Some people think it is luck because they figure that what I do is easy. Well sometimes it's not overly hard (I've been doing this for 7 years after all) but it's still work. Sometimes it's a lot of fun, but it's still work. I feel that I am doing well because of hard work and a little bit of luck thrown in. And I am grateful for all I have managed to accomplish. Not only can I have a job that is pretty fun (most of the time) but I can stay home and be here when my kids need me. I have the ultimate "mother's hours".

I have made a lot of dolls this year. And a good variety. This year brought us the new Yvonne doll by Zica Toys. I love this doll! She is super realistic and very fun to work with and show with. The first Yvonne I made was a western pleasure rider. Which is fitting since I made the most western pleasure dolls (as always) with 64 made this year. That also includes a few working western ladies that I put in because they fit better than in the "other category. 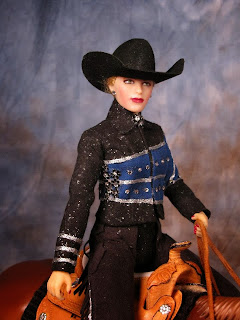 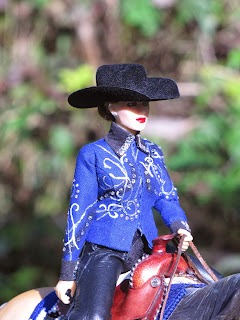 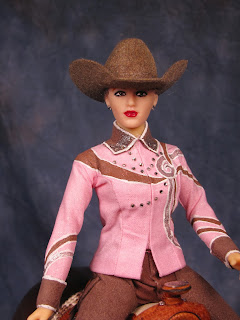 coming in second place in the year end doll count was hunt seat dolls. These versatile dolls are useful for most English classes including lower level dressage if they are wearing a dark colored coat. I made 20 hunt seat dolls, mostly in traditional navy blue or black coats 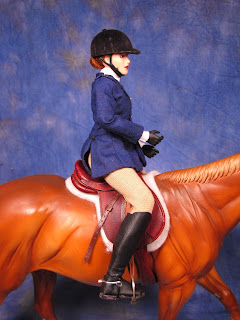 But also a few special ordered huntseat type dolls. This one I believe is used for hunter hack. 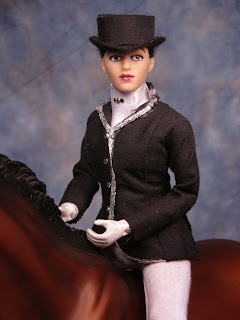 There was a tie for the third place spot in the how-many-I-made list. I made 18 cowboys 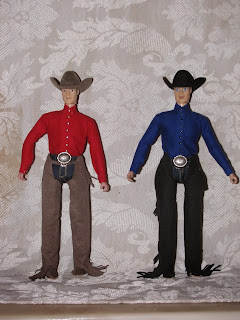 including this cute little junior cowboy. 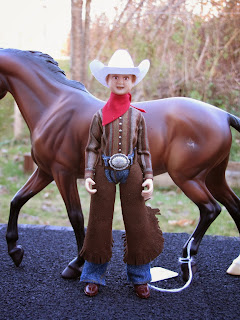 and I also made 18 saddle seat dolls. 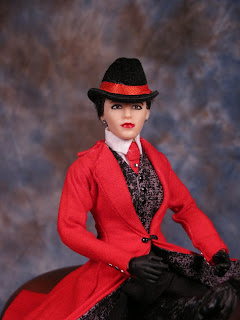 The "other" dolls won out in the fourth place spot with 17 made (but I will show them later)
and then came the youth hunt seat dolls with 9 made. 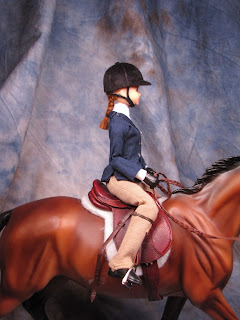 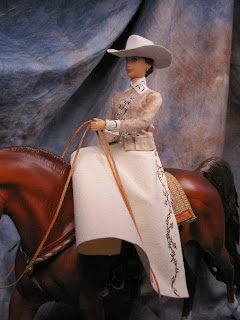 with English (5) but I felt they each needed their own category. Several of the side saddle dolls both English and western, were convertible dolls with removable aprons so they could be used for other classes. 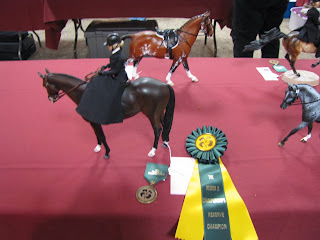 in the number 7 spot I have dressage dolls with 6 being made. This one was reserve champ in OF dressage at NAN this year. Photo by Joan Fauteux. 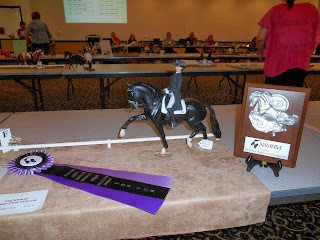 and speaking of NAN, this is the first year I had horses entered. I sent Caramel Latte to go in 4 performance classes and she came home with NAN champ in CM huntseat pleasure other type! I still hope to go to NAN myself one day but it was sure fun to be part of the action by watching on the NAN cam, stalking the results and the near constant texting with my friend Marisa. She was my co-proxie for NAN. This photo was taken by Erika Ipes. 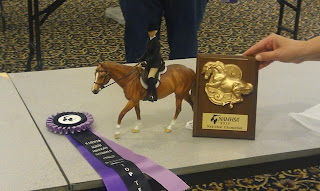 So now some of the "other" dolls I made. This is Rick Grimes from the Walking Dead. He has been in some very cool set-ups that have grossed out some showers. That's a win in my book. 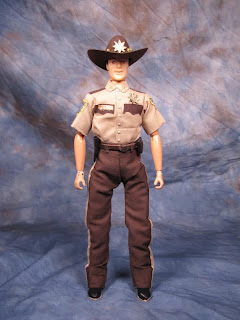 and there was this cool military/action type doll that I made for my daughter for Christmas. She wrote up a wonderful character profile and I copied that. She was a fun doll to make and very different from the average doll I make. Though at some point I might have to make some casual dolls with cargo pants and combat boots. Why not? 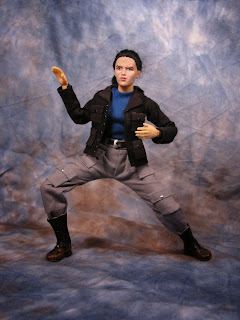 So in all here is the rundown of the 2013 dolls:
64 western pleasure ladies (with a few working western thrown in)
20 hunt seat ladies
18 cowboys
18 saddle seat dolls
17 "other" dolls
9 youth hunt seat dolls
5 English and 5 western side saddle dolls
6 showmanship dolls
6 casual English dolls
6 upper level dressage dolls
2 cross country dolls.
for a grand total of 176 dolls made in 2013! I wonder if I can beat that in 2014 ☺ 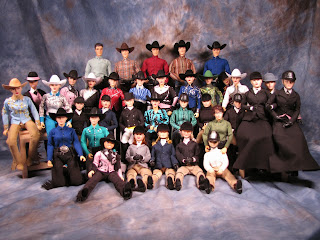