Only one week left in February. I have a good chunk of work to finish up so I don't fall behind again but things are coming along well. I'm also trying to keep up with the blog without having much to say. At least there will be photos. I got that group of western dolls done the other day and then the next day I finished 2 more dolls. That is the beauty and the curse of working in groups. It takes awhile to get anything done but then you get a lot done all at once. I finished this western pleasure doll as well. I had a lot of them to do in that group but the new chap design is making me happy. This lady was a trade for a painted resin I received back in the very beginning of January. It's about time she gets finished and on her way home. 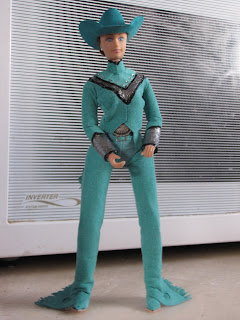 Then I had this nice casual lady. I did something a little different with her sweater that I think makes it look more realistic and more in scale. Things being in scale is very important to me. But I like how this came out so I think if/when I do more sweaters this will be the way they get done. 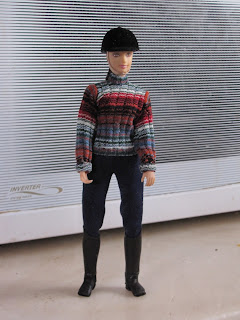 Then yesterday I was wandering around MH$P and found an artist that was looking to trade paintwork for some unpainted mini resins I have hanging around. So I am trading a couple of those for a paint job for my Hazel resin. About time Hazel gets some clothes on, she's been hanging around naked for a long time now. I want her to be chestnut and something like this horse would be great I think. Hmm, she even looks a teeny bit like Hazel (I just noticed that). 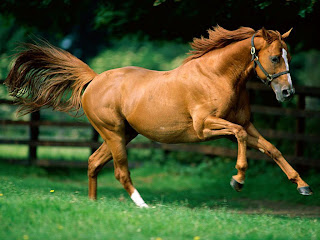 And finally, February has been an exceptionally good month because of the doll that I made to raise money for the Mary Kay Ash Charitable Foundation. I took offers on her until yesterday and she brought in $230 for the charity! I covered the paypal fees and shipping so the full amount would go to the charity and that is a respectable amount I think. And it is also exciting that the couple that had the high bid on the doll are very nice people. I wrote back and forth with the husband a few times and he and his wife wanted the doll so badly. His wife has had an ongoing battle with cancer and besides loving the doll (which is a nice boost for me) the money would go to a cause that is very close to home for them. A doll is just a doll but it is nice to have something you create go to people that will keep it and love it. 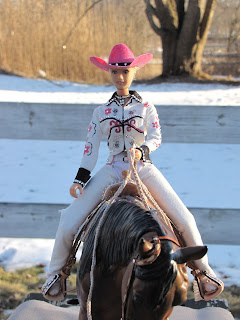 Off to the post office this morning to ship dolls and get Hazel to the painter. Then perhaps finish up a few dolls that are also very close to done and get to work on the next batch.
Posted by Field of Dolls Studio at 4:35 AM