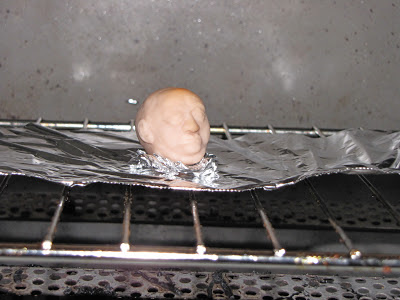 This was for an Arabian dancing horse rider for Jennifer Buxton. I was actually really pleased with how this head came out. Especially considering it was the first time I had ever sculpted a head. That was in December of 2012. Good thing I didn't have to make it fit in a cowboy hat. That makes things harder... 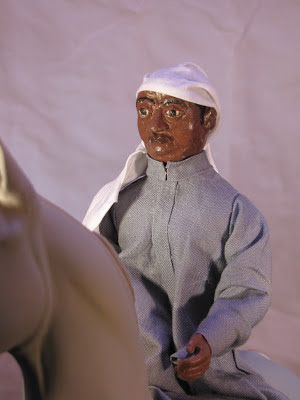 This guy was next. He was in January of 2012. And believe it or not he started out as a woman. And then he didn't really look like a woman so I started painting him into a man. Especially since his head got singed in the oven. For a bit he looked like a very light skinned African-American man. Then he started to look like a Native American man. After I put on the mustache he looked more Mexican to me. And a little frog-eyed though it doesn't show too much in this photo. Well, I guess it's not too bad for a second try. 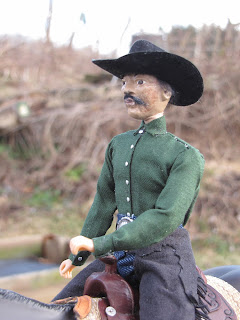 So after awhile I thought I would give sculpting a try again and in September of 2012 I came up with this guy. I think he actually came out pretty well. 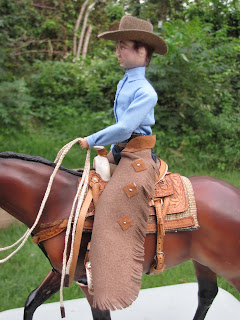 though the next guy, also September of 2012...is iffy. I think he looks OK but I am not loving this one. *sigh* 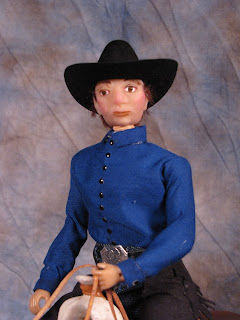 Next we have another installment of head in the oven. This guy (or his head) is pretty popular on Facebook right now. I got the foil tent tip in a tutorial about sculpting miniature food and it keeps the heads from burning. Which is good because apparently people find it strange when I say I am cooking heads in the oven. I might get more grief if I was burning them... 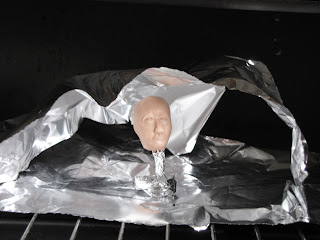 So here he is all painted up. This guy is for a contest prize for MEPSA. Harrison Ford was my model but I think he looks more like Brent Spiner. Oh well, at least he looks human and was meant to be a man. Maybe one of these days I will become good at sculpting :) 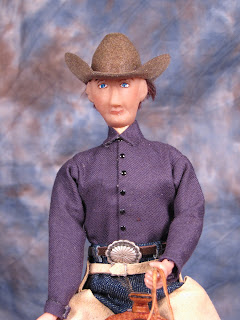 Posted by Field of Dolls Studio at 6:59 AM