Around our house we celebrate New Year's day in a bigger than average way. I started out the day trying out some makeup colors I thought I would never in my life go near. None of my photos seem to show my makeup clearly, but I had a ton of fun with them! In case anyone is curious, it is several shades out of Urban Decay's Naked Reloaded palette; retro went in and slightly above the crease, burn was backed onto the outer edges of the lids, I feel like endgame darkened the crease a bit more and maybe angelfire highlighted the browbones, I have no idea anymore. But it was coppery/peachy sort of look, which is very new for me. And fun! 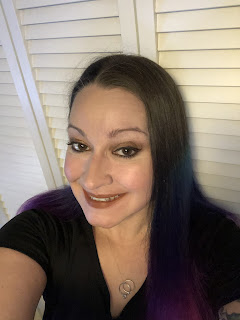 I didn't catch much gift opening in photos. I was mostly just watching. Travis really liked this giant Ninja turtle Ethan got for him. 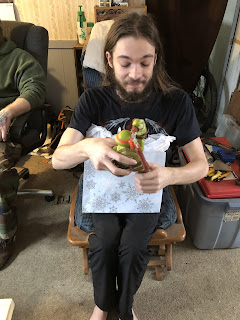 I really loved this beautiful little box. Which looks kind of like a makeup box. 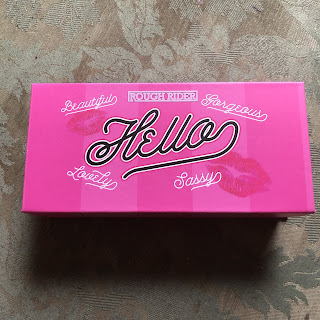 But it's not! Ethan has been actively collecting knives again and I saw this one when he was looking. It's pink and has jewels on it and it called to me! I don't have a little knife to carry in my purse. Even my mom has a purse knife, you never know when you need one after all. Mom's is a Swiss Army knife that is potentially older than me, but this pink knife is definitely more me. 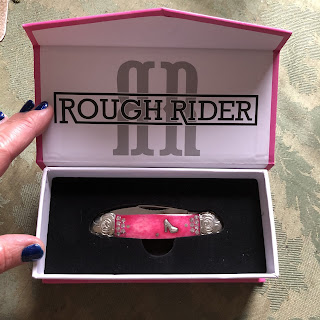 Plus the blade says "Hello Lovely". I love this so much! 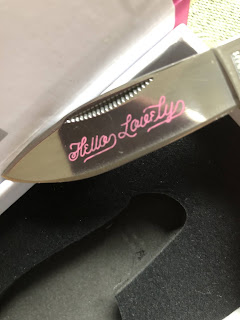 I tried the new fathead dough mini calzones. These almond flour ones were definitely more flexible than the coconut flour one. I had a few issues with them, but they were actually so much easier to make. 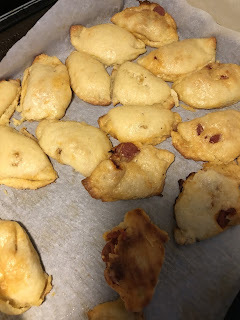 We had a variety of things to eat. 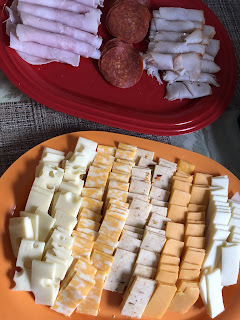 There was also a delicious buffalo chicken dip. Elecktra and Peter came over and we had a good time. I don't want to go back to work... 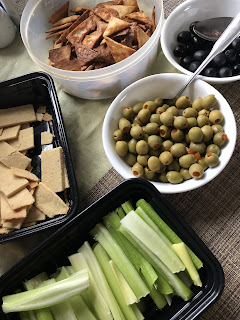 So back to school today. I am already ready for my after school nap. I have a feeling I will need it. Vacations are great and I really appreciate them, but it is definitely super rough going back. Just two days and then the weekend. I think I can handle it. I'm hoping to get a bit of doll work done later, but we will see if that happens.