I caved. I went to Joann's and bought a new sewing machine. It is a "beginner" machine. Which mostly means it does not have a lot of bells and whistles. Which is good because I just need it to sew in a straight line and have an adjustable stitch length. Sadly, what beginner machine also often means is crappy. I don't know how anyone is supposed to learn on a machine that is hard to use. And this one is a bit hard to use. Not really any harder than most other machines, but it has some weird things about it that make it less-than-ideal for me. The biggest issue is the horizontal thread holder. It does tilt up a bit, but it is still not vertical and invisible thread does not like horizontal thread holders. So once in awhile the thread gets wrapped around the spool holder and breaks and I have to rethread the machine. Not the end of the world, but annoying.  Some things are in sort of awkward places on this machine as well. Like the bobbin holder. You have to take off part of the machine to get to the door that you open to put the bobbin in. It's not hard, but it's weird. Also, the part that you have to take off has a broken piece. Right out of the box. It does not keep it from staying where it is supposed to be, but it doesn't make me very happy. The reverse lever is also on the top left. Sure, I can hold the ends of my thread (as long as they are long enough) and grab the lever, but it is a strange position and not ideal. Maybe I just don't like it because I am not used to it. Maybe I don't like it because I want my machine back (which is also technically a "beginner" machine, just much higher end than this one). Anyway, I did find out that if I hate this machine, I can return it. Even if I have used it. I have now used it a couple of times and I am still not sure. I know I don't love it. That is as far as I have gotten. 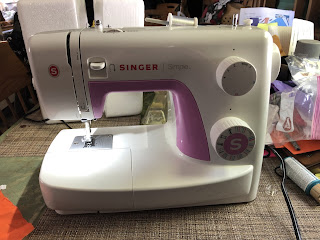 Sunday when I was hanging out with Crystal I gave her her first ever pork rind. She said with some onion powder and garlic they would taste just like a Funion. I tried that out and she's not totally wrong. There is something missing from my recipe that maybe eventually I will figure out. But flavor options are cool. I can't eat the barbecue ones because they have sugar in them. And so do most of the hot and spicy ones. The onion powder experiment gave me the idea to try the Frank's RedHot Buffalo Ranch seasoning on some pork rinds. Surprisingly, this stuff does not have sugar in it, which every other ranch flavored everything I have read the label on does. So I just put a couple of handfuls of plain Mac's pork rinds in a quart sized zipper bag, sprinkled on a bunch of this spice (a bit much! Try a bit and taste and add more if you need it, lol) and they were very tasty! It is nice to have some flavor options in my crunchy snacks. There is not a whole lot of stuff I can't eat after all. 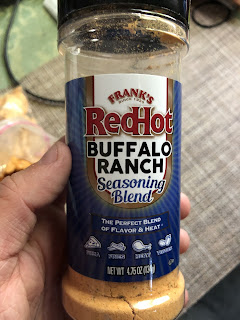 Back to the sewing machine. I didn't have much prepped to test the machine out with, but I did have some saddle pads cut out and ready. So I started on this dog pad... 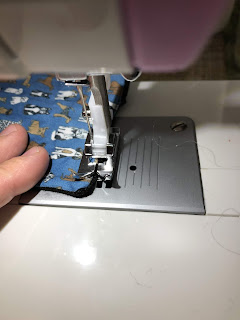 And I think I only had to rethread the machine once while making it. 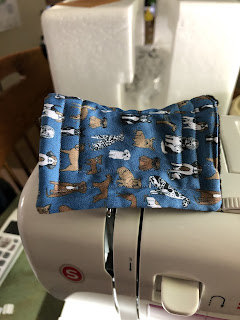 I made this cute piggy pad and a couple others as well. It didn't take forever and I didn't have to swear at the machine. The process was not perfect, but maybe I just need to learn the particular quirks of this machine. I am withholding judgment for now. 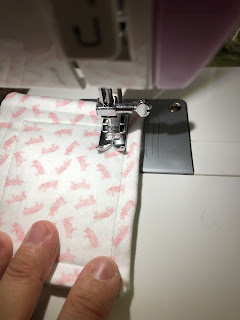 I had a couple of dolls I was working on and I had some new paint brushes from tax free weekend. I really love how I can paint a doll face with a properly tiny brush! 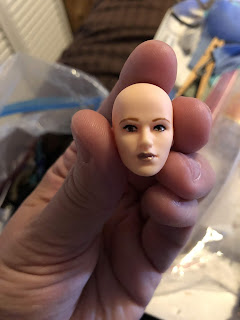 One of the things I managed to finish recently was this little youth doll. The photo on the left was how I finished her up and the photo on the right was the next day when I realized that the thing I didn't like about her was her jeans. They were too loose and the denim I had grabbed was too bulky So I remade those and like her a lot more now. I also had another session with the new sewing machine to try to give it a chance. It's possible I will just never love a machine that doesn't have a vertical thread holder. We'll see. 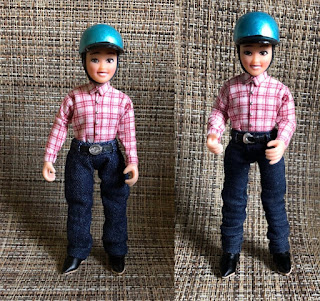 So I managed to get a couple of order dolls finished and photoed. Not great photos, just quick indoor photos. It's been raining for days again. I have a good start on a formal saddle seat doll, who should be ready soon. Probably even before this blog gets posted! I prepped 10 doll bodies and I will soon cut out a bunch of doll clothes to sew. Or maybe just a few outfits and then dress and finish some dolls. We'll see how it goes. I go back to work on Monday and I am sure I will need some time to adjust to my different schedule and I am likely not going to be as productive with dolls for a bit. But TJS is coming and I have sales dolls and donations to work on!
Posted by Field of Dolls Studio at 4:30 AM