Yesterday was the Fall Pony Finals held in Stafford Springs, CT. I had a very interesting drive in. It was super foggy, but just in patches. I snapped this one just as the light turned green. The fire station, where the show was held, is only about 40 minutes from my house so I didn't have to get up super early. Since I was going alone I needed even less time in the morning for getting ready. That was nice. 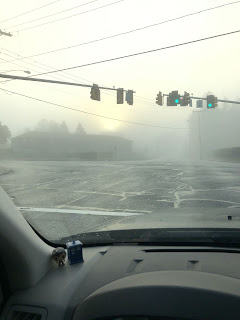 I got there and I got all my sales stuff set up. I have 24 dolls. I may or may not get any more finished before TRXC. We'll see. All I had to bring to the show was the sales stuff so it was easy to pack, easy to leave and easy to carry my stuff in. Then I judged. 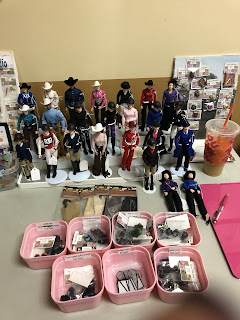 The first class in the harness division was harness performance.
There were two entries in that class.
Next up was harness pleasure... 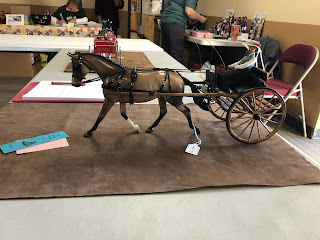 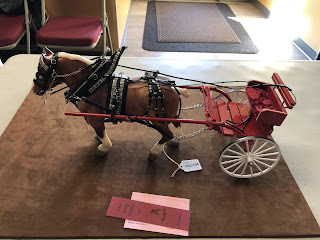 Other harness had only one entry. 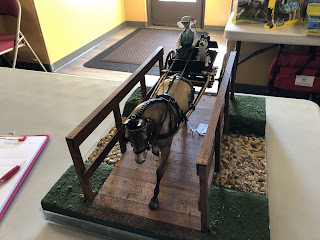 But there was a cute dog. 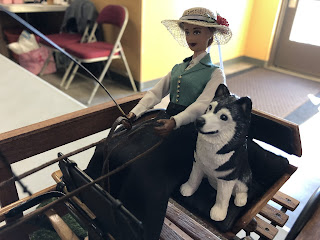 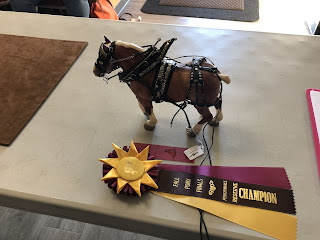 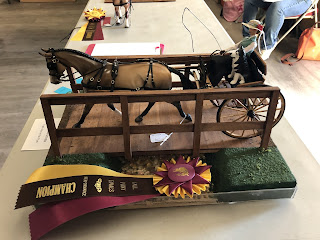 And I got a new project. Because I have time for that sort of thing. I bought the Protocol and dogs set because I really liked this dog. Really. But when I pulled it out of the box I realized that this is my Abby. She is way closer than the lab I have been meaning to make into Abby for years. I just need to alter the ears a bit and maybe tweak a couple of other things and paint her. Which of course now I need to make happen before TRXC next weekend. Obviously. 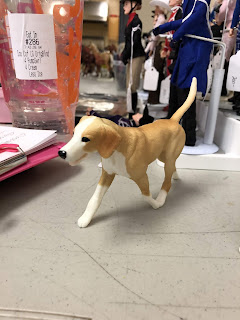 I also still have my endurance project happening. But I made a ton of progress when I got home from the show last night. Partially from cheating. Anyway, the bridle/halter/breast collar arrived from Sara Bowman and I tried it on Enchanted Eve to see if it would fit. Because I said I wanted it to fit Loping Leggs or Victrix, with the preference being Loping Leggs. Well, this happens to look really good on her. The saddle made by Mandy Claussen is a wonderful fit as well. I made the pink saddle bags years ago and I took one of my sales dolls, ripped off her boot tops and made her some half chaps. Later today I will make a saddle pad and a number bib and I think this will be all set. I am really pleased with how it's all coming together. 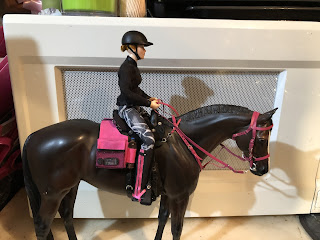 I have lots and lots more photos from Fall Pony Finals. I actually managed to take a photo of every single performance entry. That is the beauty of judging and not an overwhelming number of entries. Not that the small classes made the judging any easier it didn't. But I made it through and was done and out of there by 5:20 and headed home. A handful of people were still packing up but I had already packed the sales stuff and was ready to run. I still have so much to do before TRXC!
Posted by Field of Dolls Studio at 3:00 AM

Congratulations! I love a harness class, even a small one.