Sunday I told Elecktra she could get in a bunch of driving practice. Since her road test is Friday, that is a really good idea. I have not been in the car with Elecktra driving since she got more comfortable driving on main roads. The last time we drove together she was still in neighborhoods and not super comfortable with that. So it was an interesting, and slightly scary day. 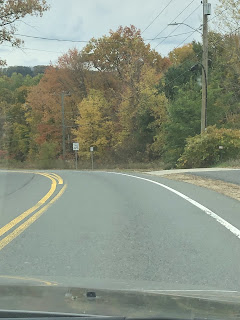 Travis and I went and picked Elecktra up and she drove us around Ludlow a little bit. Then I had her drive me out to Amherst so I could go to Trader Joe's for pumpkin spiced coffee and peanut butter. That made for a reasonably long drive (about 35 minutes one way) and driving on all sorts of roads. But we got some more lovely views, which for once I got to look at. 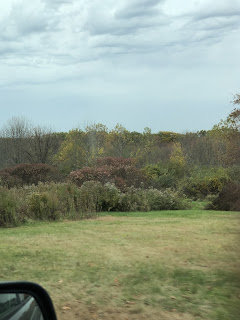 On the drive back home I got comfortable enough to stop watching the road so much and took some pictures of the scenery. And Elecktra driving. My current car is a lot bigger than what she is used to driving, but she did a great job. We didn't die, I don't think I have any new gray hairs and she got a nice chunk of practice in. 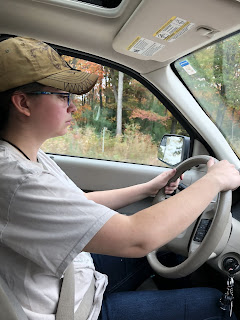 It would have been nice if I had more available time, but at the moment I don't. I needed to get home and get at least some work done. TRXC is coming. 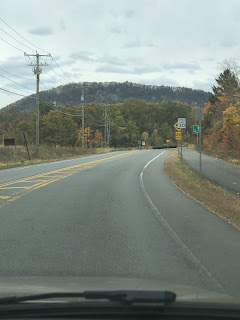 And NaMoPaiMo is coming too. I could wait until after TRXC to start prepping, but it was a nice weekend. Sadly, by the time I remembered that this pony had a bath it was raining. Stupid rain! So no primer got on the pony. But I think this is officially my NaMoPaiMo pony. I have never painted a traditional that didn't then belong in the trash. So my goal is to do at least as good of a job on this pony as I did on the micros I've done recently. I will do what I did with Hugh, just keep on fiddling and blending until things look great. It's good to have goals. 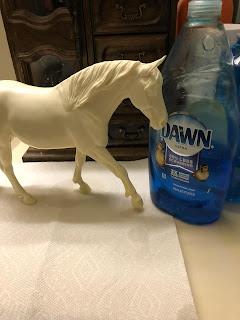 Sunday I did also get some doll clothes cut out, but that was as far as I got on doll things. But all I need to do is keep picking away at the doll projects and sooner or later I get something finished. I still have some time, but I need to get moving on things. TRXC is coming.
Posted by Field of Dolls Studio at 3:00 AM