I am still working on armor. And it's going fairly well I think. I have the feet and part of the legs done so far. I realized I messed up on one of the quad pieces and had to remake it. Both of them were identical when they should have been mirrored. 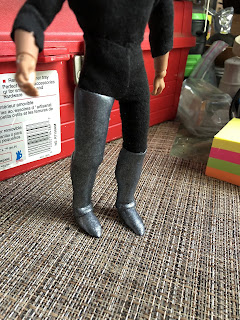 So more armor is happening. I have the other quad piece, the knee pieces (might be enough to be done with the legs) and the bicep and tricep pieces. I will need to work out elbows and shoulder covers, the chest and back pieces and helmet still need to happen. But I am making progress. One more coat on these pieces and they will be ready to go on the doll. 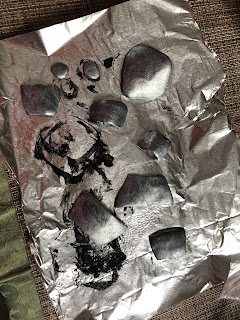 I also did try the 90 second bread as French toast again. I remembered the cinnamon and the powdered "sugar" this time. It's similar to the first time around and similar to "real French toast. 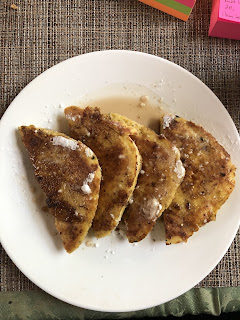 This time I used the Lakanto Maple flavored syrup. It's sweetened with monkfruit and surprisingly does taste like maple syrup. The texture is different though, it's very thin. But still tasty. 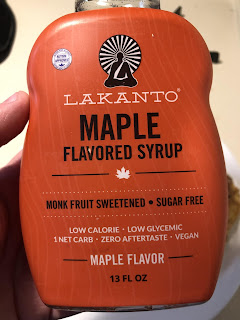 I have also been working again on some head hairing. I needed to make wigs for some slightly-larger-than-Gracie head sculpts that were made out of resin. 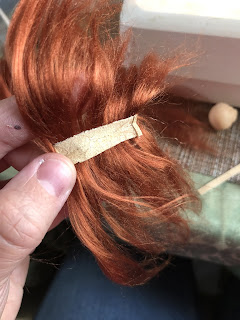 I worked out that by making a crown piece and a part piece that attached to it to go down the center of the head. 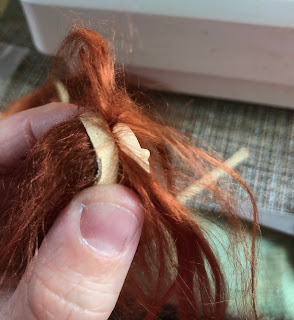 It worked out pretty well I think. Rooted hair is still my favorite but this is not bad if you have a resin head and the option to root the hair isn't there. 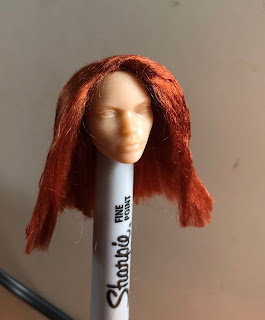 I have had a very busy weekend. Travis and I did some errands yesterday and then today we did some more on our own and then more with Ethan. So much driving around! But we got a lot done. I also heard from Jenn, the unified track coach again, and she got another email from the officials. Travis has also qualified for his 400m race! So now he is qualified for that and long jump. Hopefully it doesn't rain on Wednesday. And maybe tomorrow I can talk myself into bringing us to the track to get some practice in. That would be a good idea.
Posted by Field of Dolls Studio at 3:44 PM