I currently have 83 blog posts for 2019. This will be #84. This more than doubles my most prolific blogging year ever. And we're not even halfway through the year. Some days it is hard to think of anything to talk about. I don't want people to be bored. Sometimes I am not sure I want to share the madness that is my life. This time of year is especially hard. As I mentioned yesterday, the end of the school year is challenging. Everyone is tired, there are way too many things going on and did I mention everyone is tired? Words are hard (which usually means we are all so exhausted we can't think of the words we want to say) and we could all use a break. Soon... we can recharge in the summer. Working with kids really is mentally exhausting.
Before I continue with the saga of Anna's knight doll I will continue with my show reports from Medieval Madness. There are two divisions to go. Today's focus is the western division. My first entry was Other Stockwork and Bring the Mayhem went in wearing tack made by Pam Perkins and my updated Elecktra doll (she got new hair in Elecktra's current style). He did a working cow horse entry which is always fun to set up. 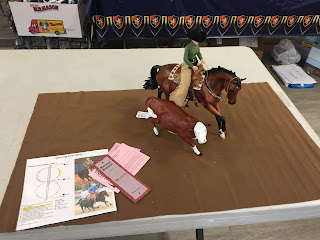 Next up for me was games and Bring the Mayhem got 4th with this jumping figure 8's entry. 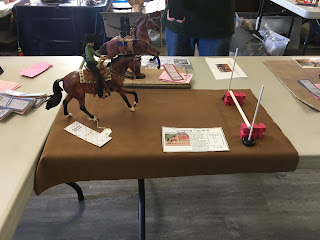 And Sweet but Psycho got 3rd with her rescue race. 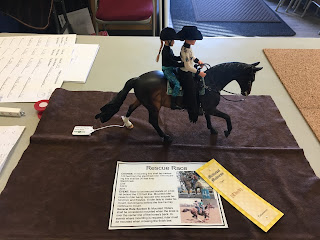 After games was arena trail and Sweet but Psycho did a somewhat different poles pattern. This entry earned 5th 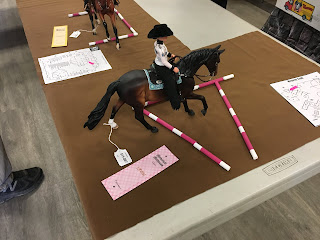 And Bring the Mayhem got 3rd with his somewhat different poles pattern. Different to me anyway, I had a bunch of new documentation. 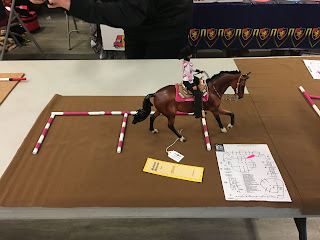 The show was held on the same Saturday as the Preakness Stakes. This was during the race. Nothing much else was happening in the hall for those few minutes. 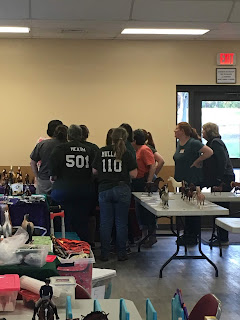 Next was western pleasure and Bring the Mayhem, who I have been told more than once by this judge is not a great western pleasure horse (I always say I know and that I am still going to put him in it, lol) got 4th. 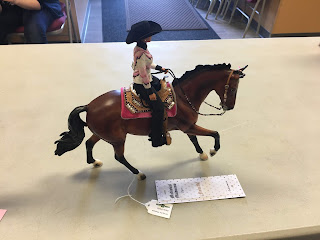 Sweet but Psycho got 1st though. I had to fiddle with the doll a lot as she was misbehaving and trying to ride badly. It was worth the effort. 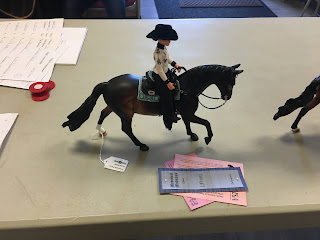 The last class in the division was Other Western and I had plans for Sweet but Psycho but decided not to bother and I ended up just putting Bring the Mayhem in with this extreme cowboy entry. Which was good enough for second place. 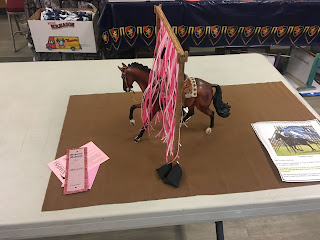 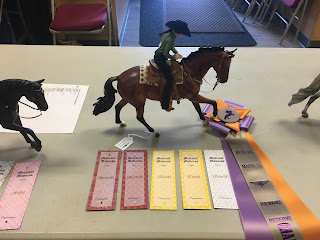 At this point in the show I was getting extremely tired (the story of my life) and I thought about skipping the last section, which was vintage. But instead I tweaked my showing plan and then tweaked it again. But more about that tomorrow.

I love your Preakness shot!!

I have a "Sweet but Psycho" myself... named him Canto, which means Song. I'm finally getting to tell your horses apart...!