I have a project I am trying to finish before Medieval Madness next weekend. I thought it would be  fairly easy. I had a good plan and should have been able to just put the plan I to action. How silly of me to think that. The pieces keen falling apart and I am getting a bit frustrated. I think I am finally making a bit of progress though. I’ll know tomorrow if I can make this work or if I need to scrap it for my mental health. 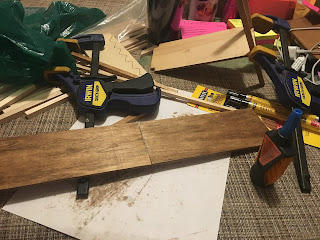 Elecktra texted me a picture of a drink and said a bunch of them went out to celebrate her and their friend Cass’s birthdays (since Cass’s Birthday is today). She said Rose bought her a Long Island ice tea. I asked if she knew that that drink had more alcohol than almost anything and did she like it. She only drank like half and yes, she did like it. When they are made correctly I actually like along Island ice tea too. It’s so weird to think my baby went out drinking with her friends!
In low carb things I made some mashed celery root for supper. The verdict; it was much better as fries, doesn’t mash super well and is OK but not awesome mashed. So back to fries with the celery root. 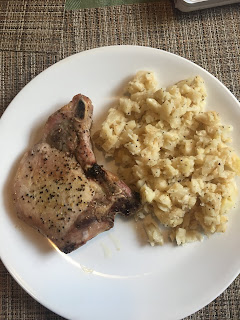 I had some plans with my friend Crystal tomorrow but she was in a car accident recently and is hurting too much to hang out. She is mostly OK but does have a lot of bruises and is just not feeling awesome. I know that feeling. The one that sets in several days after an accident and you feel worse. When Ethan and I got hit on his motorcycle I walked away and was fine other than a sore rib(handlebar jabbed me in the rib). Several days later I was covered in bruises and it was hard to walk to the mailbox. So good thought for Crystal. I guess I will see if I can finish up this project and work on show plans.

Posted by Field of Dolls Studio at 6:15 PM