This past Saturday I went to Brooklyn Comic Con. That is not something I ever thought I would do. I like comic books and superheroes, but I don't love them in the way that I lot of people do. I find them interesting and I super enjoy some of the super hero movies (many versions of both Batman and Spiderman for instance) but I don't know all the different versions, can't debate the different ways the different characters have been portrayed... like I said, I LIKE the characters. So this was definitely an experience outside of anything I ever expected. 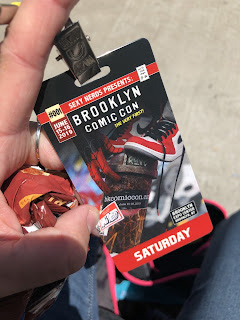 And it was all because of this man. 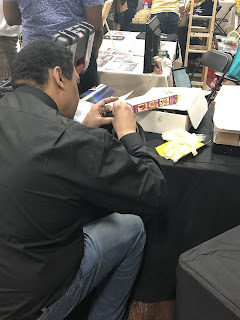 Through a very interesting series of events I was introduced to him by an action figure guy, who I "met" because of model horse doll making. So basically I met him because of a series of actions that are leading to branching out a bit. And then since I had a small part in these amazing dioramas, and wonderful conversations with the creator, I decided that we would go to Comic Con. After all, Brooklyn was under a 3 hour drive, I have never been there, never been to a comic book convention...
...and my name was in the credits! 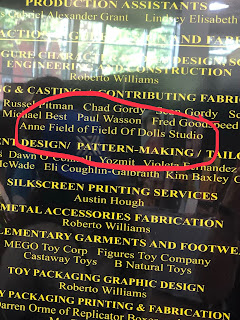 This is Roberto Williams. He is amazing. He is as into his "toys" as all of us model horse people. And he has the same struggles we do. There just aren't enough things made in 1:9 scale. And yet, even with that limitation, he has created several very detailed 1:9 scale displays of Batman. I have a HUGE amount of photos to share of them. It truly was wonderful to see them in person. Roberto has been working on these for years. And to see him finally getting to see them all together was fun for me. And to see the joy they brought to everyone that saw them was great too. Roberto is the reason I went to Comic Con. 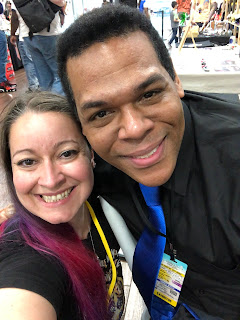 These 2 monkeys were also the reason. Driving to Brooklyn to see miniatures might have been something I would have done anyway, but bringing my (self-proclaimed) super geeky daughter and my son who always has a superhero action figure with him, just seemed like the right thing to do. 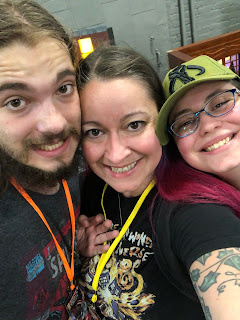 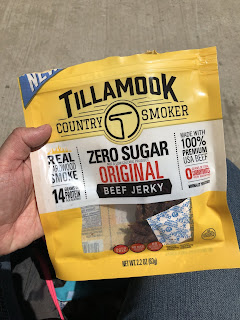 There was a bounce house obstacle course that both Travis and Elecktra went through. 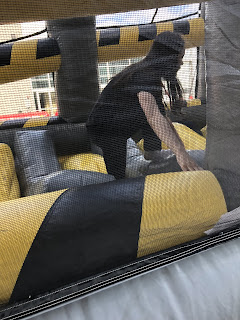 Travis went through like a boss! Elecktra has some struggles, but she refused to give up! She's kind of a badass. 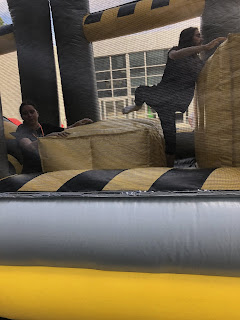 Giant slides are one of Travis's all-time favorite things so I am glad this was a part of the obstacle course. 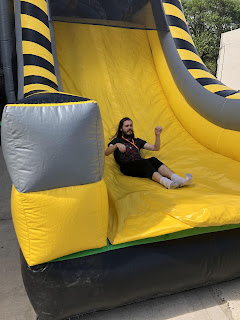 On the way out of Brooklyn the GPS was giving us issues and not keeping up with anything. So we made a lot of "wrong turns" (it told us to take them...) and at one point we had this nice piece of city skyline... 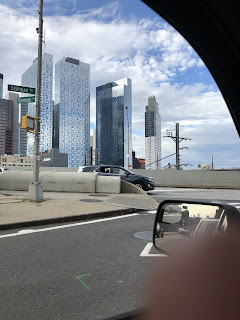 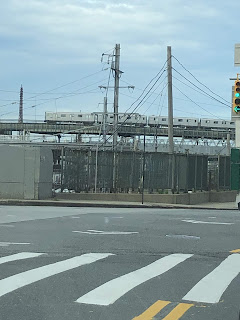 The trip to Brooklyn Comic Con was fun. Seeing the cosplayers, many of whom are REALLY good at what they do, was fun and I got lots of pics, even if I didn't know who the character was. The Batman display was fun, the people are all having a really great time and you can feel the positive energy in the room. All in all I really enjoyed my first ever Comic Con. And there is more to share!
Posted by Field of Dolls Studio at 4:30 AM