This is the end

The school year is done and I have a couple of months off before I need to go back to work. A couple of months before I have to learn my new schedule and the new teachers I will undoubtedly be working with. I am hoping that next year will be a great year. But for now, let's focus on this year.
Several of my friends and I decided since we could not participate in the year end pizza party (because we are low carb or gluten free in our eating) that we would just make our own pizza and bring it to the party. I decided to make some low carb cupcakes as well. because cake. 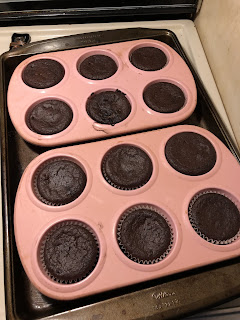 I seem to have also managed to get my motivation back! At least I think so. Thursday not only did I decide, at the last minute, to make cupcakes, but I also got a good amount of doll work finished. 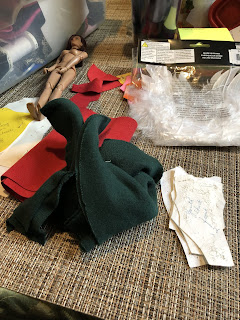 I had an order that needed to get done for an angel... 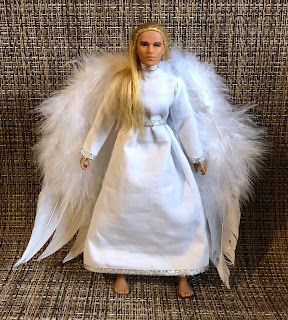 ...and and elf. They will be part of some Christmas displays. And they were fun and different to make. 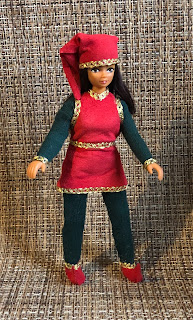 I got the cupcakes finished up and while the frosting is delicious, it is super soft and never firms up. Not sure if I did something wrong with it. But the chocolate cupcakes with coffee frosting were super good! 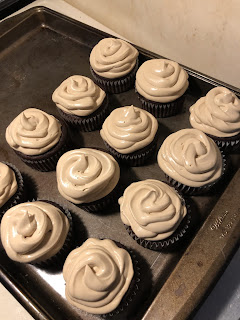 Friday was the last day of school and I went all around the school visiting friends and helping anyone that needed it. I did go back to help Adelei make pizzas. We made several and they came out really well. And super loaded with toppings! 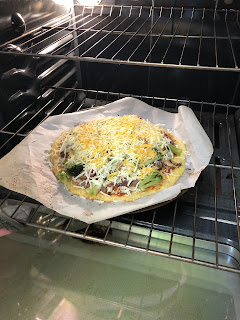 We had a meat lovers with mushrooms and broccoli 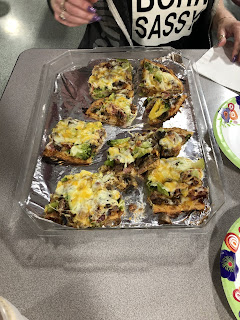 and a regular meat lovers with mushrooms, plus a bacon/chicken/ranch pizza. All came out super good! Angelique sounded very happy when she said she was eating pizza and cupcakes with her friends. She never gets to eat pizza and cupcakes with her friends. I know that feeling. Though if I do, it won't make me sick. It was a great time and many people were a bit jealous of our pizza. I think ours was better than the "real" stuff that was ordered, lol! 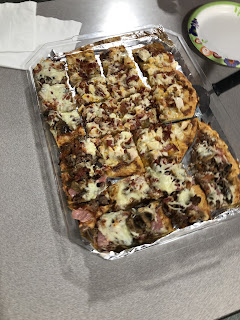 After school Travis and I went to Staples because I needed a gift card. I was lured in by the rows and rows of school supplies they have right in the middle of everything. School is just ending! Why do they have these out now? Well anyway, I did manage to resist this really cool pencil case that I absolutely don't need. But it was super cool. There were a ton of other things that I really liked that I left at the store. 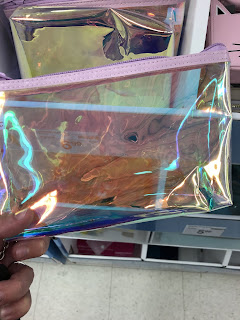 Including these BIG post-it notes. I really really have no use for them. I just like them because I really like sticky notes. In the end I bought 4 pink folders with tabs in them (I use them for my business records during tax season) and they were a total of $1. I also got a box that was wide enough to ship the angel in without crushing her wings. I was very pleased with myself for the restraint I showed. I really love school supplies! 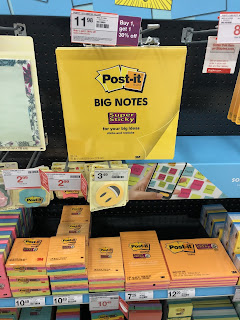 So even though today is Sunday, you get to hear about the last day of school, which was on Friday. And I actually started to do this post on Thursday but the insanity that was the last day of school got in the way of me finishing it. Then yesterday the kids and I went to Comic Con in Brooklyn. Which was pretty cool. And I took a ton of photos and am planning several posts about it. At least one is ALL about miniatures!
Posted by Field of Dolls Studio at 10:25 AM

Congrats on the Staples restraint. I think you did very well, all things considered! And what nifty looking cupcakes and pizza. I've so rarely seen low-carb versions, but I wanted to try these.