The ugly stage and the importance of overcoming it

In the creation of most pieces of art there is an ugly phase. Sometimes the ugly phase can be long and it might seem like the thing you are trying to make is just not going to work out. Sometimes it may be true. But often if you work through the ugly phase good things happen.
Last night I posted a photo on my Instagram of a couple of doll heads and some chaps. 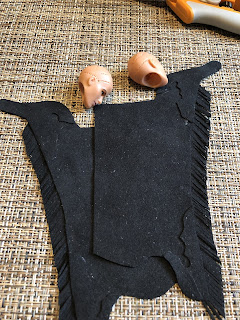 And then I started posting progress pictures of some very ugly stages of doll making. Not every doll is made the same way. I just happened to think the tucks I took in this one were too bulky. So I cut them off and glued the pieces over. It was not pretty, but it was also not going to show. 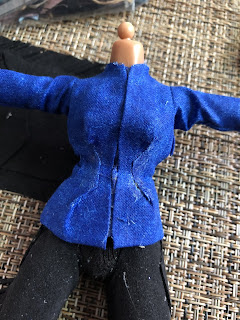 Even just a couple of steps later this was not as ugly. Still ugly and far from finished, but it was looking better. 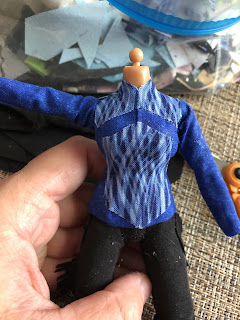 I have definitely had dolls with much longer ugly phases. 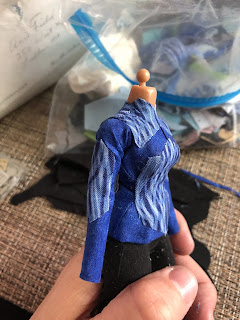 I guess I could have even left this like this, but the edges of the overlaid fabric were a bit ragged, which happens almost instantly after you cut most fabric. 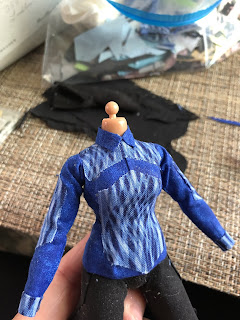 I think it looks a lot better with the trim. I thought about using a royal blue metallic trim, but I really like how the black looks. 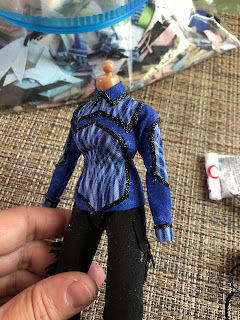 I only got one ugly in progress picture of the other western doll I was working on. This one actually looked pretty bad for awhile. 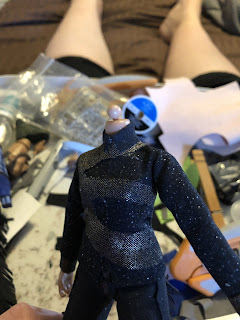 In the end though, I worked through the ugly phases and finished up a couple more dolls for my Breyerfest sales batch. These ladies will be joining many others in room 620 at the Clarion. 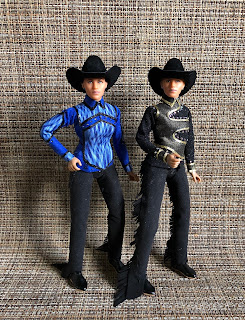 I'm now out of sewn doll clothes so need to start cutting out a bunch more outfits and get to sewing. I have only one doll left at the moment because the USPS either delivered the dolls I got from my friend to one of my lovely neighbors, or scanned it as delivered but left it in the truck. Which has happened. But tracking said they arrived on Saturday, and they did not. And they are also not here today. So I reported it to USPS and now I get to wait and see if they figure out what happened to them. Grr. I don't have time for this! So I am down to 3 doll bodies. I have more that should be on the way, but I don't know if they have even shipped yet.
So I guess for now I will try not to freak out too much, I will work on cutting out and sewing clothes and chaps and so on. And I will let this cool photo from Joan Yount amuse me. She was asked to make a couple of ATF agents and I really loved this action shot! Maybe they can find my missing dolls... 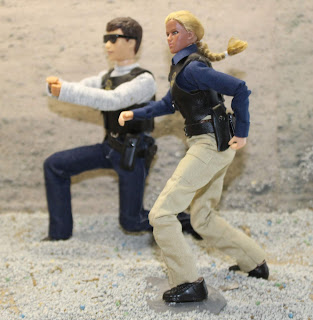 I love that photo! Go secret agents! Alas, yes, the UPS can be all too fallible at times. Best wishes in finally getting your package!