The Evolution of Field of Dolls Studio

I have been making dolls since September of 2006. The very first doll was this Arabian rider doll. She was not overly complex, had see-through pants and was wearing sandals (to ride???). I still think she was much nicer than what Breyer was offering at the time. Which I guess is not saying much. 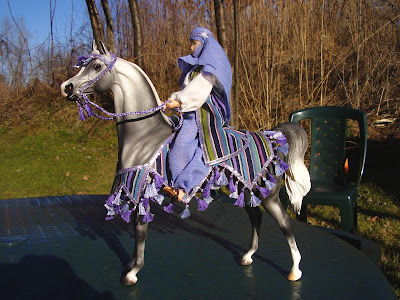 I started this blog in November of 2008. Actually, November 30th, so nearly December. At the time the blog was even less refined than it is now. Having just reread that first post I see there were also a bunch of typos, that I sort of want to fix but I think I will leave that post as-is. It is historical now after all.
So way back then I was still very new to doll making, though I had apparently already switched to the name Field of Dolls Studio. Which is funny, because my name was not Field until almost a year later. Anyway, I was very new to doll making and making a new type of doll was still super scary. Even if it was just as simple as a type of doll I had not made before and not something complex. Way back at the beginning I did do some commissions, but not many. Making a random doll was so much easier than trying to make something that someone designed in words. Back during the time of post #1 I had made less than 100 dolls. Now I have made over 1200, but I am not quite sure how many (1241, I checked). In the beginning commissions were sort of rare and a bit nerve wracking, while random dolls were my norm. Now I easily do more commission dolls than random dolls. I am having trouble thinking of what to make. It's nice to have ideas, I have used up a lot of my own.
Apparently it is not just my blog that has evolved, but my understanding of things. I was rereading bits of a post from 2009 where I mentioned that Travis has autism, but not severe. I guess back then it was still not clear how severe it really was. Or I was still in deep denial about things and hoping for a miracle. I am not sure when I really understood, and accepted, that Travis was going to be with me forever and would always need my help more than a typical kid. But just as I don't know when my mindset changed about the severity of his disability I also don't know when my sadness about it changed. When Travis was little I would often get sad when thinking about the future. I knew that Travis was going to have a very different life from most people. And I would cry. But at some point I just stopped being so sad. Most of the time I just have so much fun being with Travis that I don't think about the things he is "missing". And really, I don't know that Travis is "missing" them at all. I'll admit, graduation made me sad. I really would have loved to see him walk. But I also really think that would have been super rough for him. So much sitting quietly and waiting in line. He got to do the more fun stuff. I also usually don't get as sad about what I am missing. Because I am missing things that other parents get. I still don't get to hear about his day (still my goal), but he told me what he wanted for his birthday, and that is progress! I still can't just go and do an errand or 2 and leave him home. But it really doesn't bother me at all to bring him these days. I do wish I could travel to Breyerfest or destination shows. Some of that is lack of funds. Some of that is he would also have to travel with me. Which doubles the needed funds. But someday I will get to Breyerfest. And most likely Travis will be with me. I know a lot of people want to meet him! And I will miss out on seeing him move out on his own. Which I can't really say is a terrible thing. I love having Travis with me. And I get to keep him. That's pretty great.
Way back in the beginning of things the trickiest doll I made was Death. And back at the beginning of 2009, he was the trickiest and most complex doll I had made. I sort of want to revisit this doll idea and see what I could do these days. 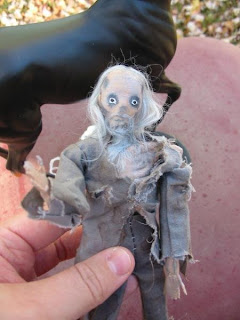 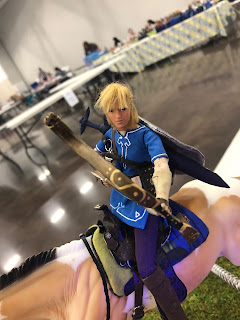 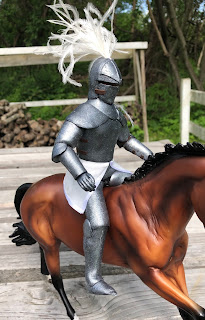 And some things have not changed. Like the fact that sometimes I have very little imagination, lol! I said so in this post that is also titled The Evolution of Field of Dolls Studio. When I thought of doing this post the other day it felt like an original idea. Alas, it was not.  I used to give all of the random sales dolls names, which I do not do anymore. That was to save me if I had several dolls listed for sale at one time and got a generic email asking if the doll was still available. It was a bit easier if they had names. Now I just rarely have more than one listed at a time.
I didn't read all the blogs from the beginning, but I skimmed a bunch from the beginning. It is definitely interesting seeing what is the same and what is different. I still get seasonal depression, and this time if year is apparently always extremely hard for me. Part of that is, as far as dolls go, this time of year is also the busiest. In the beginning some custom dolls were intimidating to me and I worried that I would not be able to get them quite right. Now I am basically fearless and I know what I can do and I know that if I am not sure of something, I can probably figure it out if I think on it long enough. I still love my kids and I still think they are excellent. Though neither of them is a "kid" anymore. A lot has changed since I started making dolls and since I started this blog. In 2007, my first full year of doll making, I made 23 dolls total. Now I think I average about 100-150 a year (depends on the year). This is my 13th year making dolls. Historically, I am really bad at blogging. My best year previously was 2010 with 39 posts for the year. With this post, I am at 94 for 2019. And it's only June. In the beginning making a doll would take a lot of concentration and it would turn out OK at best. Now I don't have to concentrate all that much on most of the dolls and I am very happy with the outcome.
I still plan to keep making dolls in the future. I enjoy it, though I am annoyed with myself to see how little I have managed to accomplish in the past 2 months. I enjoy a good challenge and I have one more really interesting one coming up. Fairly soon I will hit 1250 completed dolls. If I work hard and don't slack off too much I may even hit 1300 before the end of the year. I will keep looking for new ways to make dolls look less like dolls and I will keep trying my best to make my customers happy. And, as I have been asking since the beginning, if anyone has any ideas of things they would like to see in the blog, please let me know! If you are new to the blog, thanks for reading. If you have been here since the beginning, thanks for sticking with me :)

I know that a lot of private venues (arenas) are being more ADA compliant and providing tools (headphones, glasses, quiet rooms/spaces) to allow folks with sensory input issues to better enjoy performances/sport events at venue.

I would hope that even with "mainlining" many kids, there would be a way to allow those who (still) can't sit still and be in line to participate in a graduation ceremony (and get handed a diploma).

I think I can understand some of your frustration and hopes in that regard.