A Pony for a Day

This is my new pony, Bronte. Isn't she super cute? 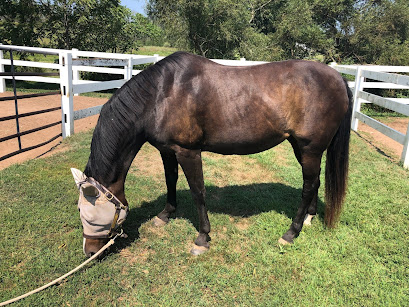 Just kidding. Bronte belongs to my friend Marisa. The other day I took a drive down to meet her at the barn. I finally got to meet Bronte. None of this was as simple or straightforward as it sounds. First, after we started to make plans it occurred to me that I had no idea of I was allowed to go to Connecticut without having to quarantine for 14 days when I came back to Massachusetts. So I looked into that. As it turns out, Connecticut is on a very short list of states I can currently visit without having to fill out a travel form or quarantine. Which is good, since I have to go back to work on Friday.
Anyway, the hour drive was uneventful. A get together and pony-playtime, that has been on the need-to-happen list for a couple of years, was finally going to happen! We all took this nice, socially distant selfie and headed into the barn. 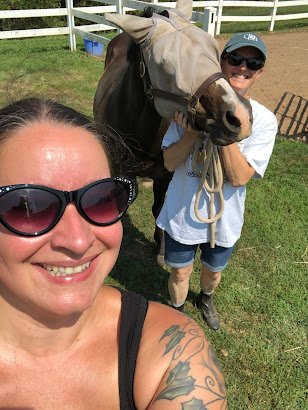 I love grooming horses. It has been years since I have gotten a chance to do it, but everything I learned came back to me instantly. I also became Bronte's new best friend. Before I started I asked Marisa if Bronte had any spots she didn't like so much. Even when I curried and brushed her less liked spots, Bronte only gave me a bit of side eye once in awhile. 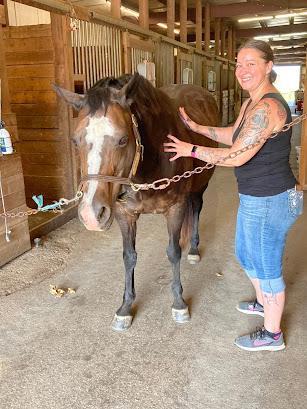 For the most part I got Blissed out pony face. And Anne was pretty happy too. Since Bronte threw a shoe the other day, and the farrier had not gotten out to fix it just yet, we decided to have a pony spa day. Marisa and I chatted in the barn isle and I brushed and brushed. It was wonderful! 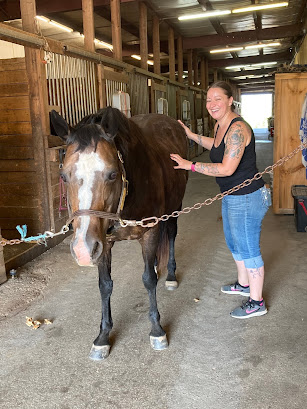 Just look at those dapples! I had "my" pony pretty much show ready when I was finished with her. I really do love grooming. And she was so soft and shiny. 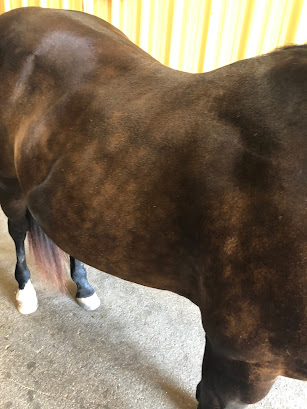 I said we had to go outside for some glamour shots. I looked a sweaty mess (it was hot and humid and I was now covered in dirt) but Bronte looked stunning. 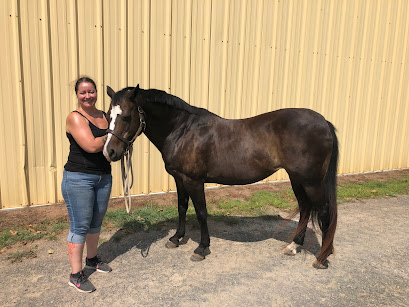 It was so nice to have my pretty pony. 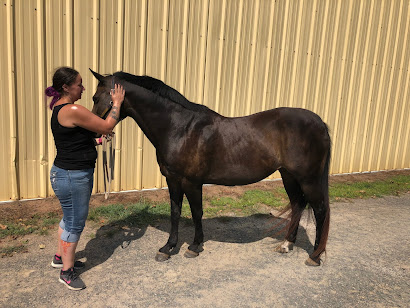 When we brought her back in it was time for treats. Bronte and I were clearly already best friends, but the treats totally sealed the deal. 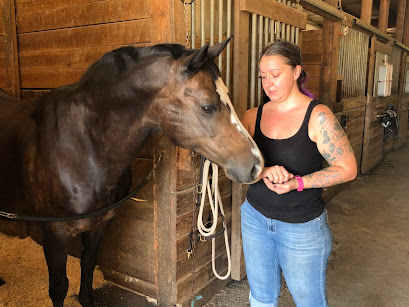 I really miss hanging around horses. I never felt that the work involved was work. But then, I have never owned a horse and never had to do it every day. 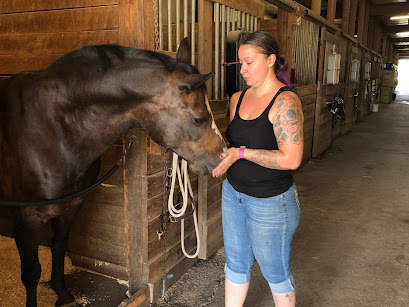 Just look at that sad pony face! Running out of cookies is terrible! (I feel your pain Bronte. I want a cookie too). 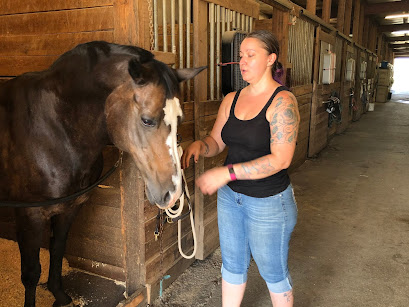 I did not get to ride, but it was so nice to be around horses again. Marisa and I sat in the barn isle and chatted and another Marisa came by (that is as rare as meeting another Anne!) with her horse whose name has escaped me this second. He was very interested in my seltzer and checking me for treats (I didn't have any). It's an unusual feeling sitting with a horse's head in my lap. I could get used to that.
It has been over 10 years since I have ridden a horse. It has been more than a year since I have been even close to a real horse. And it has been years since I have been so incredibly comfortable around them. I need more pony time, for sure.
Thank you Marisa for loaning me your pony for the day. And any time you want I will come down and groom her again.

Horse heaven! I'm so glad you got to go to the barn!

When you said soft and shiny I could just feel her. What fun! Thanks for sharing.

Hey, I'm an Anne too! Lol. I rarely EVER meet other Anne's! At least, not us special Ann with and e type Annes...:)