I ordered a lot of miniatures for my miniatures sale. I wanted to have a good variety of items and, to be honest, it is addicting searching for, and buying, miniatures. The problem with ordering things, especially things that don't necessarily have anything to properly indicate scale, is you might end up with things that are just not workable.

Like these "dollhouse miniature" lollipops. In what world are these giant pops dollhouse scale? Maybe if you are making a dollhouse scene from Willy Wonka's chocolate factory. But for the most part, these are hugely oversized and would be even way too large for the largest lollipop in Barbie scale. I think they could be part of a really cute jump though, now that I am thinking of it. I probably have no desire to make that jump, but it could be fun. I think I have 20 of these giant candies! 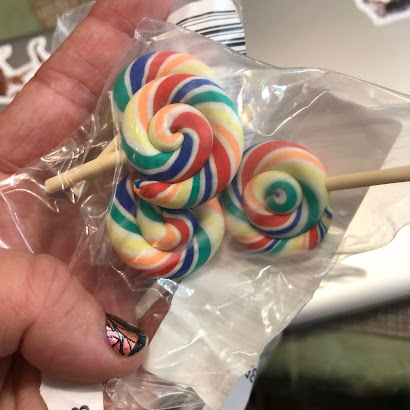 I have also gotten actually tiny things in the mail recently. This is the August micro from Maggie's Monthly Micros. I didn't think I liked it until I really looked at her closely. Now I totally have to keep her, make her a yellow mare, and she will be Whinny, from The Earth Children's series. Plus my photo actually shows the detail on her much more than just holding her in my hand. Funny how that happened. 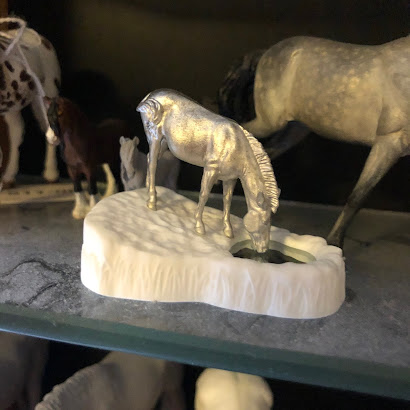 I also got in my Copperfox Micros that I ordered during Breyerfest. 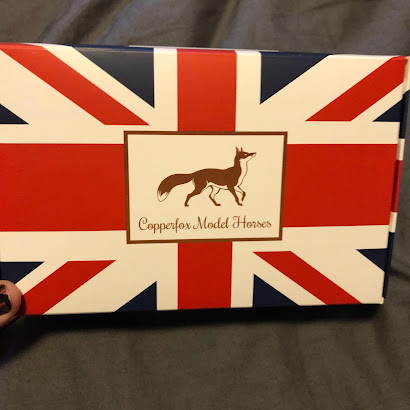 It took awhile for them to ship but when they did they got here quickly. Apparently they are now based in Massachusetts. I have not been paying attention and didn't know that. When I ordered this set I was pretty sure I was only going to keep 2 of them and sell the rest. Now that I see them in person I think I may only sell 2... or even just one. And the fox. It's cute and tiny but I don't think I need it. That could change tomorrow, I just don't know. I have not even taken them out of the box yet. 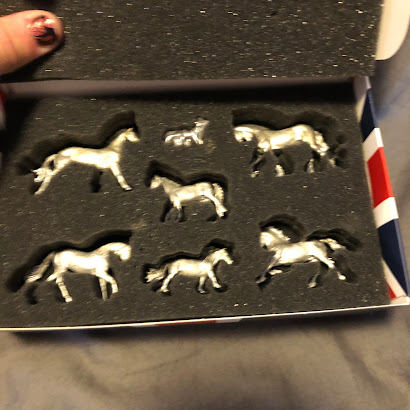 Along with my August Micro I also got my Doar, who is the 2019 subscriber exclusive. His arrival means I have successfully kept my subscription for a full year. And I won't cancel it because I will not be able to restart it. I will just continue to sell the horses that I don't absolutely love. They are tiny, but eventually everything takes up space. 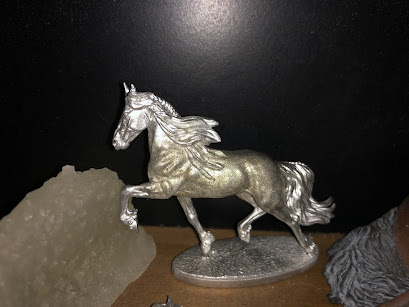 Today is my first day back to work. I have gotten a slew of emails this week with different things to expect, sort of explanations of things that will be different (or incredibly different) and a lot of "we don't know yet" as well. There is a lot of that. I don't really have any idea what today will look like, let alone the next 3 weeks before the students arrive. I just know that things will be different in a lot of ways. I hope that we can make this work. to teach the kids, to keep them safe and to keep each other safe. Teenagers have never been super about hygiene and following safety precautions. Not sure this will be any different.
Posted by Field of Dolls Studio at 11:30 PM

I totally agree with you, Anne! Intentions so sell models can rapidly go out the window after receiving the actual pieces. Let me know if you decide to part with your little fox!

I saw those lollipops and the first thing i thought of was a lollipop jump ! Great minds and all that LOL

Lollipop trees for a candy cane trail bridge would be great too.