The other day I woke up to a handful of Facebook notifications that confused me. They were comments on my posts in the Lemmonade Online photo show. I was pretty sure no one was supposed to comment on the photos... so I went and looked. These were pretty cool comments! It was the placings. The judge's use the digital ribbons as their comments. It was definitely an easy way to figure out if any of my horses had placed. I entered some halter photos, but halter was never as important to me as performance so I couldn't necessarily tell you which classes I entered.

Enchanted Eve was in the AR TBs/standardbreds class. There were 10 entries and she got 2nd place. 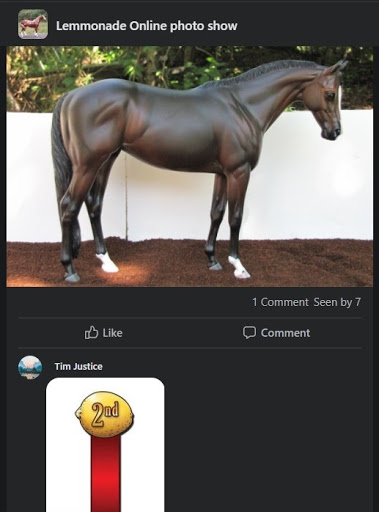 My next class was AR Quarter horse. There were 17 entries in the class. Bootlegger got 2nd place. 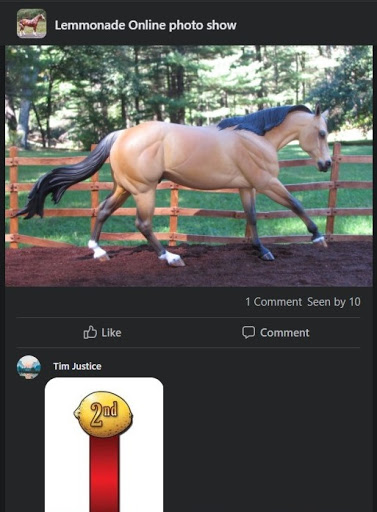 Mocha Latte went into the AR Appaloosa class. It is hard life for a solid colored appaloosa. There were 10 in the class and Mocha Latte got 5th. That was pretty cool. 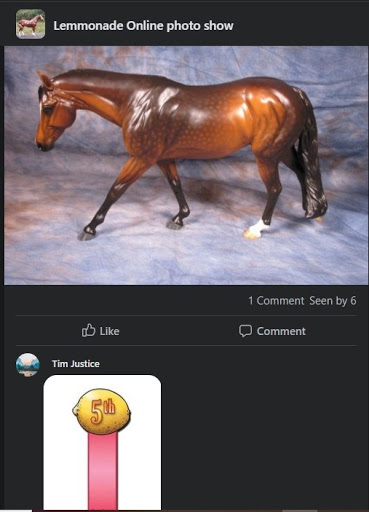 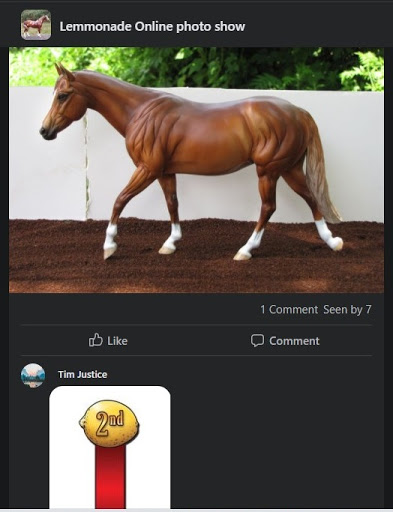 Since I don't have tons and tons of photos entered in Lemmonade, and I am only grabbing pics of the ones that placed this time around, I decided I would do Other Performance with AR Halter all in one post. I have one CM halter photo, but as of writing this post that class had not been judged yet.
The first class I got a notification for in the Other performance division was Other Costume. There were 20 entries in the class and it was very mixed. Bring the Mayhem got 6th place with her parade entry. 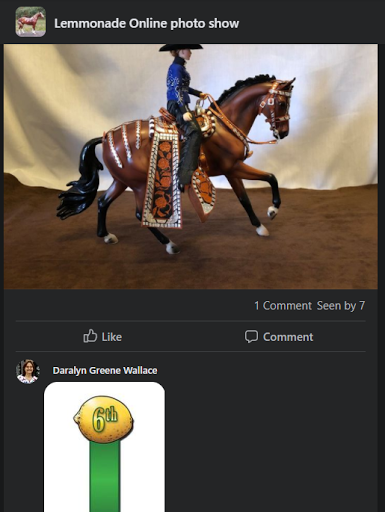 My next class was Showmanship. I believe this is the very first of Purdy Zippin Chicks new show photos to be placed. She got 5th out of a class of 6 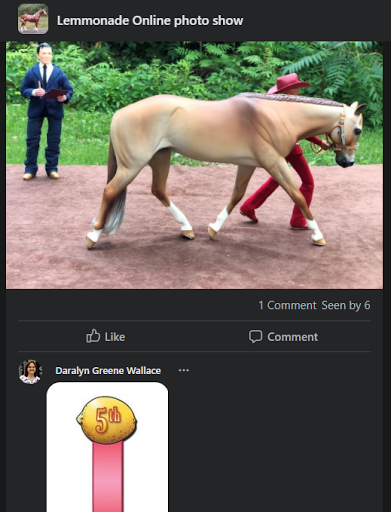 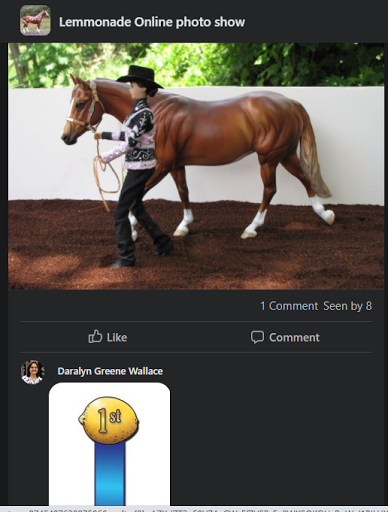 That was it for my Other performance placings. I had a few other entries in other classes, but they didn't place (or if they did, Facebook didn't tell me about it, lol!) I was having a really great time watching the results pop up in the notifications. I really am loving the new ways we photo show! And there was more to come!
Posted by Field of Dolls Studio at 11:30 PM