Quarantine can be tough. For many, it gets to be boring staying at home. Luckily, our weather was decent yesterday and we are actually encouraged to go out and be outside. In our yards, taking a walk, but getting exercise of some kind, not just sitting around. And that is good advice. Don't worry, we are also encouraged to keep a safe, social distance when we are out. 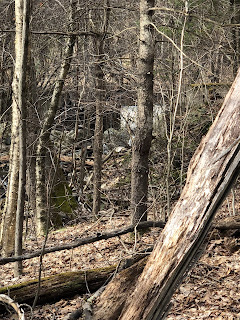 Yesterday was Tuesday, which means I had to go to the laundromat. But I don't hang around there these days. So I put the laundry in and went to drop off a big bag of packages from the live sale at the post office. Things have changed inside since the last time I was there. Now there are large plexiglass walls up in front of the tellers. There are tape lines on the floor so people really know how far away to stand from each other. And there are signs all over explaining the precautions and asking that people follow the CDC guidelines. And yet when I went in there a man was basically leaning on the counter and acted like the whole thing was a big joke when the postmaster asked him to please step back. It was not a young guy either. When it was my turn I put my bag of packages on the counter and stepped back. I told Bill, the postmaster, to check them in at his leisure, since they were all set. He asked if I wanted a receipt or my bag and I said nope, throw it out when you are done. Then I asked him if he wanted a coffee or anything and said people are terrible. He said he had one but thanked me and said it was good to see me and to say hi to Travis. 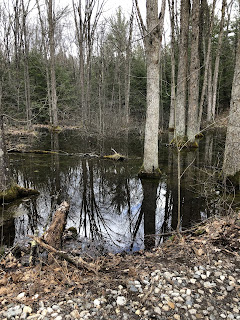 After I finished the laundry Travis and I had school. It was a struggle, but we made it through. We also had a video chat with his teacher, who asked again if I needed anything from her and mentioned she was struggling to try to balance this new way of teaching and her own kids (she has FIVE kids!). I said that I appreciated all the resources, but she didn't need to worry about Travis, I've got this. And I mentioned I appreciate that she gives me ideas but basically stays out of my way. What I mean by that is she doesn't try to micromanage from afar. She said she really appreciates that I am doing what I am doing. Well, he's my kid, it's my job. And I know how to teach him. 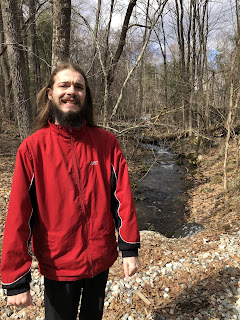 So after chatting with Travis's teacher we went to go for a hike. One place we went to (that has a nice paved road, that I know I can walk on without pain) was closed. But Ethan knows every bit of woods in Western Massachusetts I think, and he found us another place to go. This was actual hiking. The trails were semi-well groomed but had gravel, or rocks, covering them. The gravel parts were easy to walk on, but most of the trail had the larger rocks. I don't even know what to call that. They were like cobblestone sized but loose. Anyway, we had a lot of rain recently and our hike was cut short because a pond overflowed across the trail. This was way too much water (and way too deep) to get across so we turned around and went back. It was definitely nice to get out into nature. We did meet a few other hikers, we stayed to our side of the path and they stayed to theirs. Everyone was friendly. One of the girls knew me. I told her she looked familiar (she asked if I remembered her) but I don't know where from. She did not tell me, so I still don't know, lol. I'm assuming she is from school at some point in the last 4 years. I managed the whole hike without any knee or ankle pain. I was impressed. 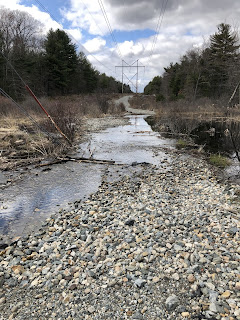 So we got out for some fresh air, got some exercise and I got some nice photos. Ethan made a Youtube video for his channel called Isolated in Nature. It's just a short one, but it's cool. He also has other videos on there, in case anyone is looking for something to watch.
Posted by Field of Dolls Studio at 2:30 AM

Getting outside is so good. It always helps my mood. Congrats on videoing stuff!