Sunday I got into a bit of pasteling again. Maple Stirrup told me he wanted to be buckskin. I layered, and layered and layered... and I don't know that I really made a ton of progress. I did put a layer of finish between some of the layers of pigment. Still, it did not seem to be doing much. I have that with some of the colors. 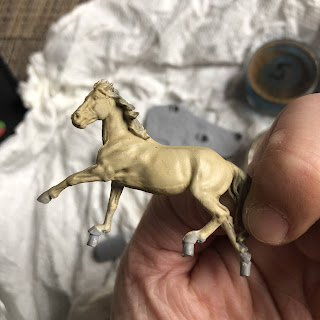 I did eventually get a bit of color going on him. This was after switching to a second and maybe even a third color. I know my friend Anne likes to think I am smart enough to wear gloves when I pastel, but I don't. I am impatient and have always found wearing gloves to hinder me in delicate work. I tried wearing them to prep for awhile (when I was using bondo) and it was horrible. I switched to modeling paste (so much safer!) and went barehanded and had a much easier time of things. For pastelling I am going to go with I am too lazy to go and put on gloves. That's all I can come up with. Anyway, I made some progress on this horse. It's hard. 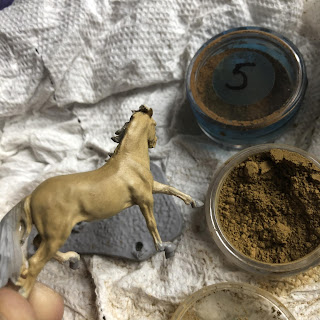 I got another gift from Linda Perry-Horst today. The seller goofed and sent the Funko pop guy instead of the keychain. Linda contacted the seller and for now, Jack will hang out and look cute and evil on my computer desk. 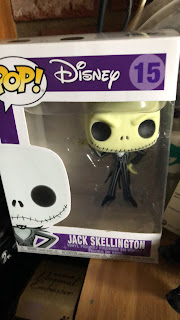 I also managed to finish up a couple of cowboys I started last week. The Breyer guy has a bendy neck and the other guy is just cool. These guys will also be part of my Breyerfest live sale on July 5th. 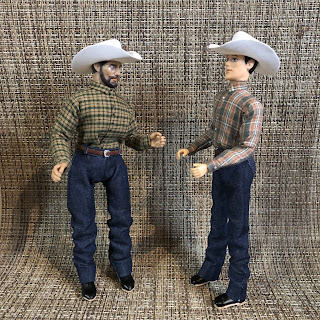 I have sort of a busy day today so I likely won't get a ton of doll work done. I want to get started on some cross country vests and I hope I have time for that between my school stuff, Travis's school stuff and laundry. It would be good to get some vests at least started.
Posted by Field of Dolls Studio at 2:30 AM