I lost a friend yesterday. I didn't even know, but I started to suspect. I knew she was sick, cancer, and I thought she was doing better. At least for a bit. Yesterday I saw lots of posts saying fuck cancer. Yup. I didn't know she was gone. This morning I saw many more posts. These were more specific. Pat Coulter is gone. And that makes me really sad. Really sad in a tears falling while I type kind of way.

I only met Pat once in my life. She came up to Region X for a show. She was seated all the way across the show hall so we didn't get to visit as much as I would have liked. Performance shows are like that. It was also before I really took photos of people. I stole this one from Jennifer Buxton. I have permanent permission to use her photos, so I guess it's not stealing.

Pat and I have been friends for years, though I have no idea when we first started chatting. I know she made me Halestorm's original pony tack, though I currently have no photos of that since the hard-drive they are on is attached to a monitor that is getting no signal. Those may now be lost forever.

Or through social media, which is also mostly how I knew Pat, I can find some pictures. Here is Halestorm winning reserve champion in AR/CM dressage at TRXC in 2016 in her pony tack that Pat made. 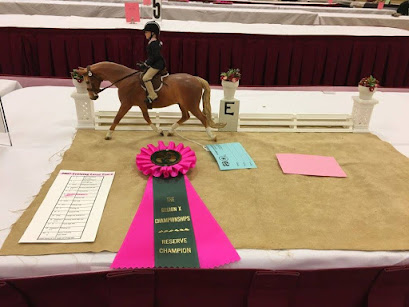 And also winning champion in English Pleasure. I showed this pony in the tack that Pat made for several years. Then I sold the doll and the tack and Halestorm. I had another tack set that Pat made, I can't seem to pull up any photos at the moment. I sold that too. Now I don't have any of Pat's tack. Which also makes me sad. 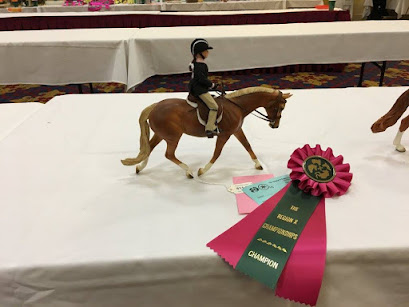 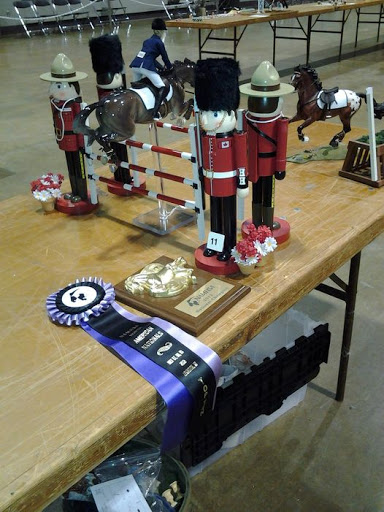 And she tagged me in a post from 2014 when she took this photo right before putting the entry into the ring. 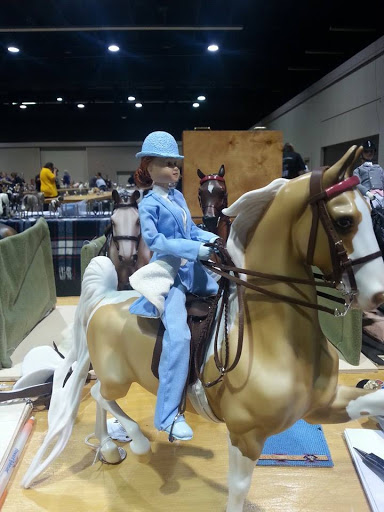 That's it. I have a photo of Pat that I stole, if I search enough I can find pictures of one of the tack sets that she made me and a couple of the dolls I made for her. I am not 100% sure, but I may still have a doll of hers that she intended for me to dress eventually. Or I may have done that, I would have to check.
Life is fleeting and we never know when we are going to lose our people. Sometimes it is expected and sometimes it is abrupt and catches you my surprise. I wish I had gotten in some more chats with Pat, it's been a bit. I wish I still had some of the tack that she made (I am now actively looking to buy some). I wish that I had taken another road trip to New Jersey to hang out with Pat (before COVID, cleaarly). I wish I wish I could still talk to my friend. I'll miss you Pat.

Posted by Field of Dolls Studio at 5:34 AM

Pat was not a fan of having her picture taken. I think the only reason she didn't duck under the table when I took that one is that she'd just told me that she kind of loved me. Lol. Fortunately, she liked the picture enough to leave up on her FB page. I think she'd be glad you stole it.

I never met Pat but I do have a tack set that she made. I’m so sad that the hobby has lost a member and at such a young age.