Happy Mother's Day to all the moms! Usually I would say this is one of the two days a year that gets to be about me. This year though Elecktra's birthday falls on Mother's day, so it will be all about her. This is in fact my 23rd Mother's day. Elecktra was due on Father's day in 1998. She decided she could not wait to see everyone and she showed up the day before Mother's day. She was a tiny little peanut (under 5 pounds) but she was strong. She only spent 2 weeks in the NICU. I spent a good 12 hours a day in there each day and only left because they convinced me to go home and eat and sleep.
Years ago Elecktra collected model horses, though she never got as into it as I am. She didn't really get bit by the showing bug, but she is down for a good swap meet or socializing. I do think that one swap meet we got to do pre-pandemic was pretty fun. Though I think I sold most of my stuff over text while sitting at the table and not to people in the room! 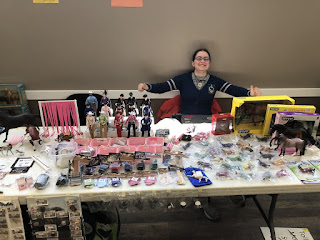 The year we went to Comic Con it was sort of because I made doll heads for some Batman dioramas, but that is really just why Comic Con was on my radar. Pretty much I went because I knew Elecktra would love it and Travis is super into superheroes and I figured he would love it. I was not wrong, Elecktra loved it. I even thought about doing some cosplaying for a bit. Michell Pfeiffer catwoman would be awesome. But I have not gotten around to it. And currently there are no in person Cons. 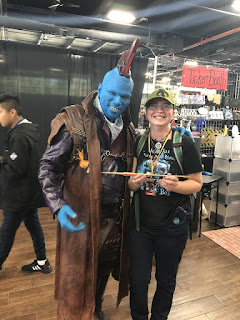 When Elecktra was little we really didn't have much for extra money, so we didn't do a lot of going out that cost much. Sometimes during fair seasons we would go to a few different places. We brought a certain amount of  money and that was our budget for everything. We spent a lot of time walking around and seeing the sights. We likely could have told you where everything was in Yankee Candle and Old Sturbridge Village (we had a season pass to that one). We were really good at finding things to do that were super inexpensive or free.
When Round One opened a few years ago we went to play games. We loaded up our game cards with a specific amount of money and when that ran out we were done. Money is not as tight as when the kids were small but we still find ways to spend little to no money when going out. It's a good skill to have. 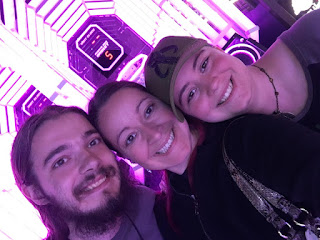 Elecktra is by far my favorite horse show traveling buddy. She is also one of the only people I really travel with to horse shows. Travis comes often too, but he doesn't do conversations so taking trips with him is pretty quiet. Elecktra will talk endlessly. Heading out to horse shows is a good way to catch up on things with each other. 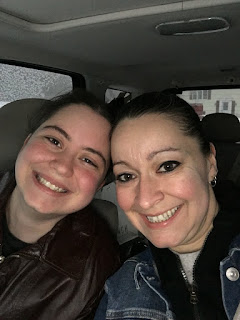 This past year I have not gotten to spend nearly enough time with Elecktra. That sucks. She's one of my favorite people. I think she may just have to come and help me out at the next live sale. I think I figured out a way I can make that work. 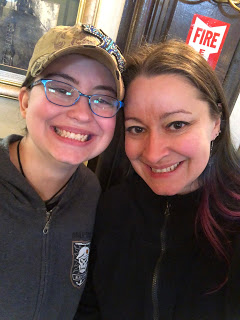 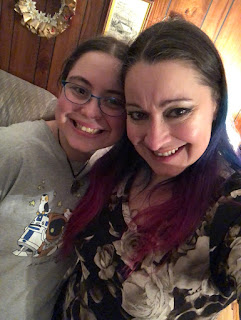 Anyway, today is Mother's Day so I will stop over to see my mom. Maybe Elecktra will come with me. After Ethan gets home from work we can have a birthday party. That will be fun. I can hang out with my girl who somehow got all grown up. And even though I am clearly too young to have a daughter so old, there is no denying she is mine. She looks just like me. I bet she would look amazing with unicorn hair.
Posted by Field of Dolls Studio at 11:30 PM

Happy Birthday to Elecktra and Happy Mother's Day to you. Clearly, you are a great mama!