After showing on Saturday at TRXC I wanted to do something fun with the kids on Sunday. And since we were in Schoharie we went to Howe Caverns. It was only 15 minutes away from the hotel and I figured it would be something they would like. I liked it when I was a kid.
The tour starts with a bit of an introduction. It tells how Lester Howe discovered the caverns, or more correctly, how his cows discovered it. We get an overview of the tour and the different things we will see. It's a cute and interesting presentation. Other than this photo, none of mine are in the order of the tour. 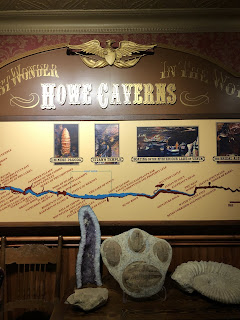 I don't remember the name of this area, but it was recognized as one of the prettiest areas in the caverns. It's the place where they take your photo, if you wish, and you can but prints at the end. Part of the fun of being grown up is saying yes to things like this. This was also where they would stop for lunch on Howe's original (10 hour) tour of the caverns. They would often sit on the ledge we were leaning up against. 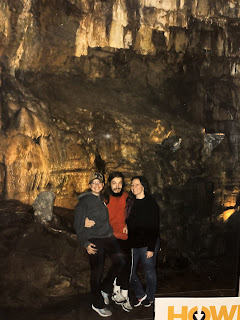 There are so many beautiful rock formations of many kinds in the caverns. 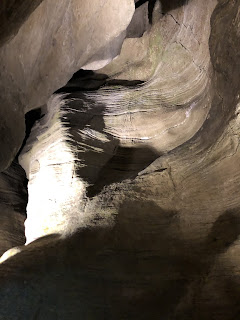 These are rock flows. The limestone is soft and is slowly, slowly flowing (as long as it doesn't cut off it's own water source) and over a long time will continue to grow and change shape. 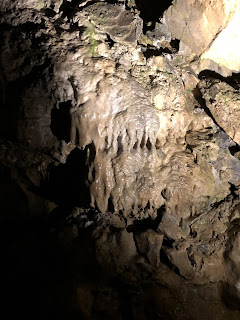 Taking photos was encouraged in the caverns. I am glad it is. Our tour group was also sort of small so we could take a bit of extra time to stop and get pictures. 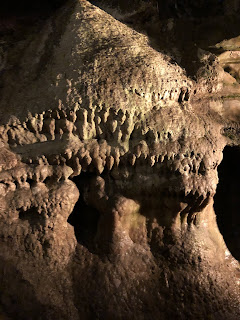 This is end of the first half of the boat portion of the tour. On the other side of that chain is a 6 foot waterfall and beyond that is an unaltered portion of the caverns. The land above it was purchased by the gas company many years ago. That is also where the bats live in the winter. On the far, far end of that portion of the tunnels is the natural entrance that Lester Howe found. 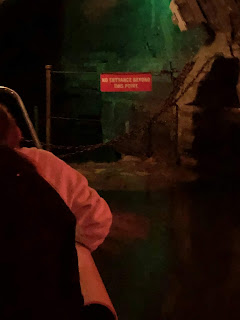 It was hard to get decent photos from the boat. Maybe it was the motion, the people, or the lower light levels. But I did get this picture of the ceiling. It looks like bones. 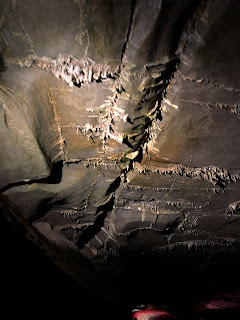 Here is Travis standing on the bridal altar. Lester's daughter was the first person to get married in the cavern. 213 couples have been married there all together. 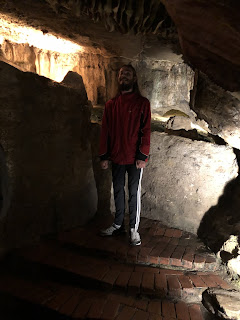 This heart is in front of the altar. It is a 6 inch thick block of calcite and there is a 200 watt light bulb behind it. There is some lore associated with the heart. If you are unmarried and step on the stone, you will be married within a year. If you are married you will go on a second honeymoon. If you are too young for marriage you will have good luck. Cave kisses (water that drips on you in the caverns) are also considered to be good luck. I got a lot of cave kisses. 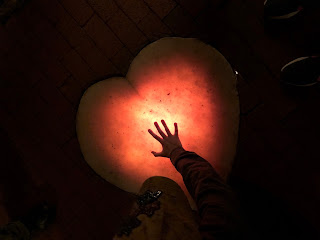 Beyond this chain is a portion of the cavern that is not on the regular tour. This is where you go for the adventure tour. You put on caving gear and crawl through mud and so on. I kind of want to do it someday. I bet Elecktra would be into that. 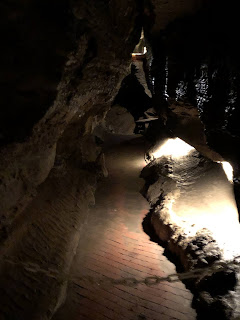 If I remember correctly, this is the pool of peace. There is an optical illusion that the pool is super deep, (that doesn't show as well in the photo as it does in person) in reality it is only about 3 feet deep. 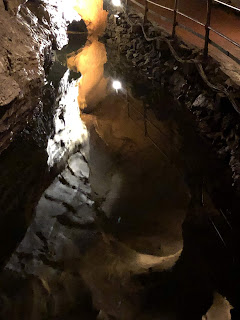 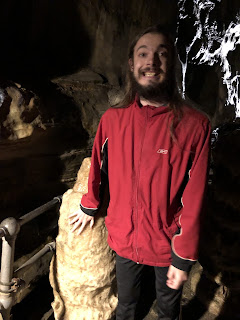 There were some angles of this stone that sort of looked like a pirate ship. I don't think it had a name, it was just cool. 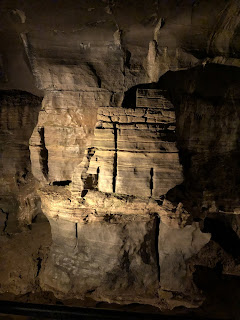 This is the witches grotto. There are two faces in the rocks. Though I can only really see one. I can sort of see the second if it's pointed out, but it takes a lot more imagination than the first in my opinion. 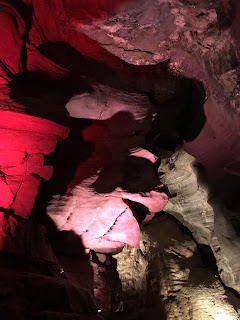 At the beginning of the tour, our guide was pointing out some of the rock formations we would see. This is a stalagmite. 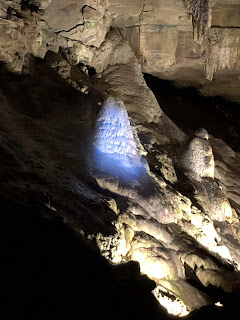 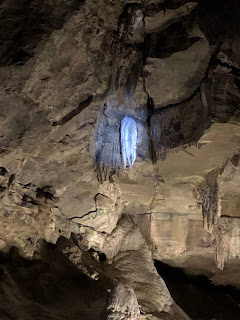 This was just some of the rock formations in the winding way. I can't remember how long that portion is, but I do remember there are 30 s-curves. 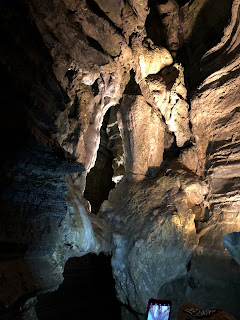 At the end of the winding way there used to just be a dead end. The tour would have to awkwardly turn around and go back through. But then it was decided to blast a path back to the vestibule (the first area of the cavern) and the people that did the work signed their names in the concrete at the beginning of the tunnel. 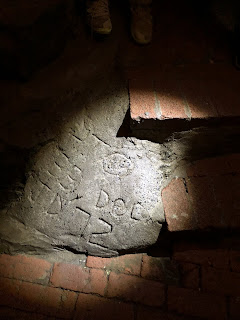 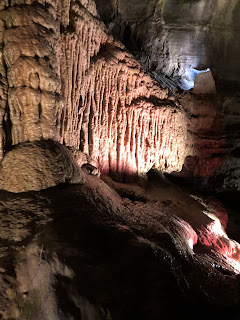 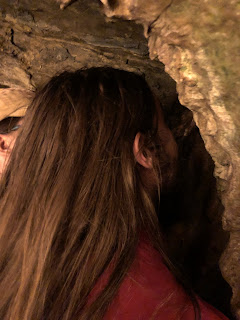 I have tons and tons more photos of Howe Caverns but Blogger did not let me add them all so I just picked a bunch of my favorites. I was really glad I decided to bring the kids to Howe Caverns, I was tired from horse showing but I thought it was a good idea to do something cool. Elecktra loved the caverns and was incredibly ecstatic with the gift shop (so many rocks!) and Travis had a good time as well. I do love doing cool stuff with my family and it was fun to do a touristy thing along with and near, a horse show. Now I need to think of some cool stuff to do over the long and boring winter.
Posted by Field of Dolls Studio at 2:30 AM

"Just Cool!!" So glad to see something different, yet wonderful and enjoyable. I'm glad Travis can sing.