I had a lot going on in the western classes. And I was having a lot of trouble with bits. Some were on with sticky wax and some were on with zots. All of the horses wanted to spit out their bits. It was an endless battle to make sure they would behave for their classes. Bootlegger was wearing a tack set made by Erin Corbett. I really want one of her newer sets but so far I have only managed to add this secondhand set to my collection. 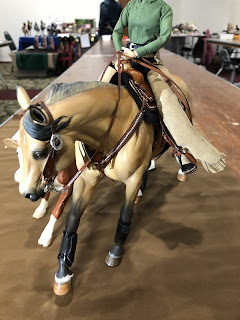 I struggled to find pieces of it on Friday as I was getting ready for the show. How can I lose tack when it all lives in my tiny tack room? It is not a large space. I did eventually find the piece of the breast collar I was missing. The splint and skid boots were made by me, as well as the Elecktra doll. 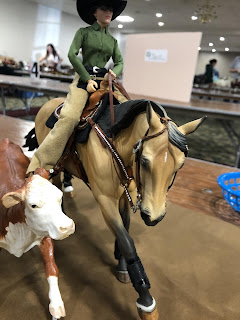 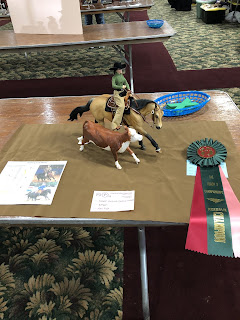 I can't remember if Halestorm has shown in Western before or not. I don't think he has. I got the western tack but there was not an AR/CM show for me to try him in it. So TRXC was a good place to start. I put him in Maiden Western Games, Other Western, with this western riding entry. That went well. 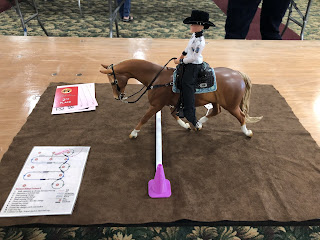 The next class was Stakes Western Games. Mocha Latte went in with her saddle made by Niki Hertzog, boots by Rachel Fail and bridle and doll made by me. I was very pleased with reserve champ!. 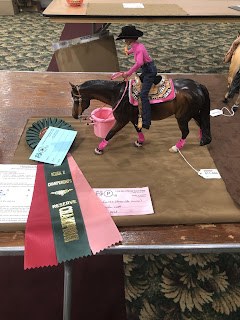 I also had some more fun taking detail photos. 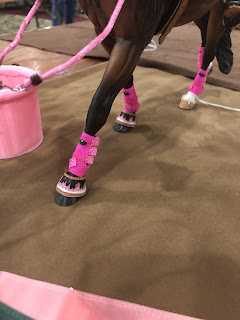 This saddle looked amazing in the lights of the showhall! I don't know if they there is something different than usual in this room, but anything sparkly was super extra sparkly! 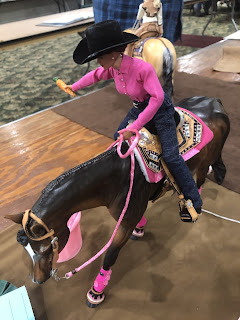 Bootlegger went into Stakes Other Western with an extreme cowboy entry and got top honors. 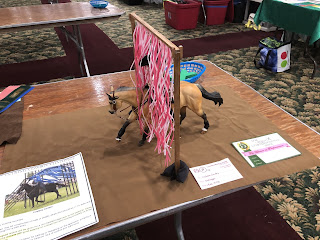 Halestorm ended up with champion in the Stakes Other Western class. 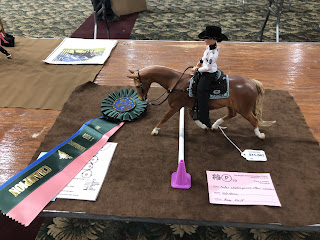 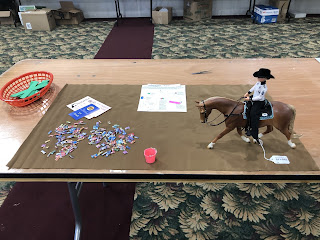 And the entry ended up with top honors in a class with 9 entries. The largest class of the day! 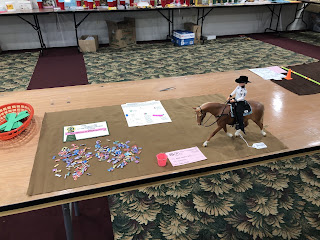 Even more exciting was Mocha Latte's Stakes Western Trail win. In the largest class she got champion. And the judge said she searched and could not find anything at all to pick on me about. Which is amazing since Karen can find even the tiniest flaw. 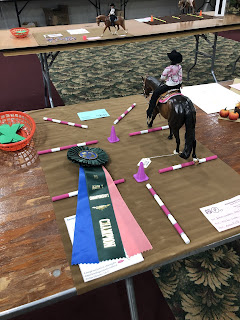 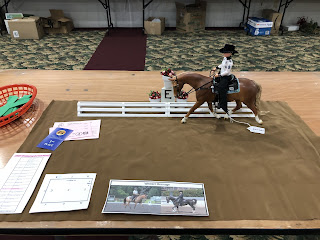 And ended up with top honors in Stakes Patterned Western. 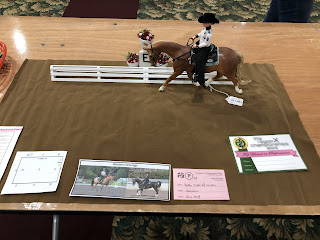 Onto Maiden Western Pleasure Halestorm got 1st in Maiden. 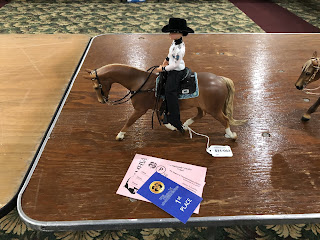 And then reserve champion in Stakes Western Pleasure, a class with 8 entries. 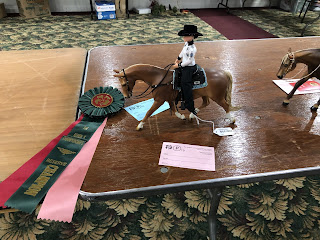 Western went just as well for me as English and I was super happy with the results. I did skip putting up a lot of entries just to keep my sanity. But it was a really nice time. But now it was time for the Other Performance classes. And tack changes.

It's been ages since I've been to a live show so I have to ask, "What are/is zots?" I know all about sticky wax but I've never heard of "zots" before.

They are clear sticky dots used for scrapbooking. Most of the time they work better than sticky wax! But they do not stick to sticky wax so you have to make sure to really clean the wax off of things first.