So yesterday was the first day of TRXC. It was AR/CM performance and OF halter. I had a full day of performance showing planned. But first we had to get there. Travis and I left the house at 5:30 to go and get Elecktra. It was gross cold.

The first part of our drive was in the dark, but it did get light out about halfway to New York. It was mostly an uneventful trip. Elecktra and I chatted the 2 hour trip passed quickly. We got to the hotel at exactly 8:00 (when I wanted to get there). I have no idea how I did that. I had to take a few pictures of the scenery when we got to the hotel. It is basically in the middle of nowhere. In the middle of a corn field. 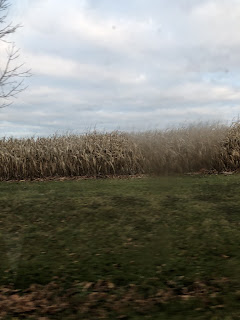 Down a long, long driveway. 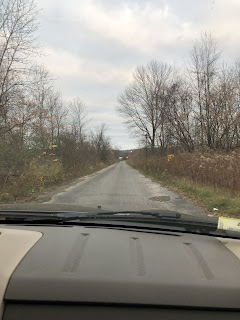 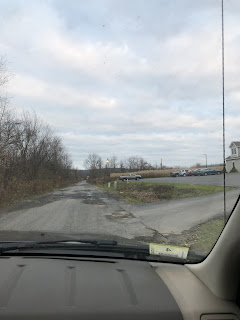 And there was a lot of corn. The hotel is basically in a bowl surrounded by mountains. The reception here is terrible. I couldn't get any signal in the show hall to call Ethan. I didn't have enough signal to even send him a message. I asked at the desk if I could have the wifi password so I could let my husband know I wasn't dead. The manager was incredibly friendly and had no problem with that. And if I stood out in the entryway I had enough signal to call Ethan. 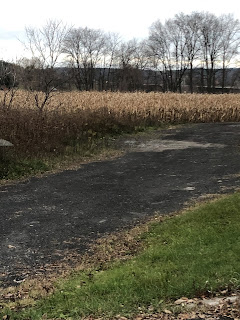 The show got started well. I think there were only 6 AR/CM performance showers. But this is region X, the competition was still fierce. 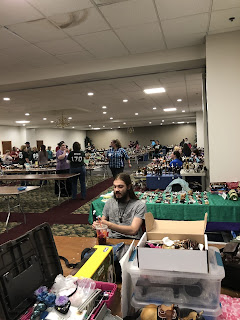 I got a couple of pictures of this horse's butt. He looks so soft! Truly amazing detail. 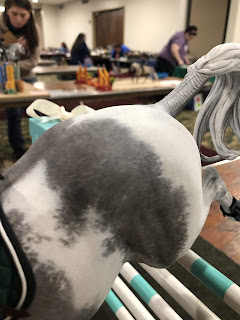 Elecktra and Travis went and hung out in the room a bunch after we checked in. Travis made himself right at home. 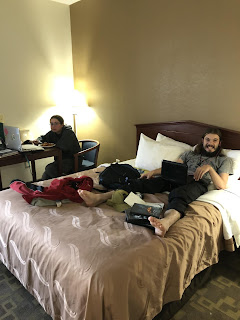 I wore several of The Jennifer Show bracelets that Fabian sent me. 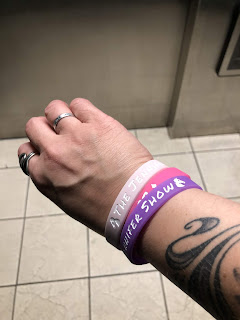 Travis got to spend a bit of time in the fitness room at the end of the day. Which is something he loves doing. 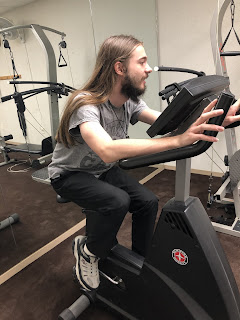 And Travis and I got a selfie in the show hall. Because Travis and I take selfies almost everywhere. I think at this point in the day Elecktra was across the show hall hanging out with Anna. I need to make sure to get a pic with her. I don't see her all that much and I need more pictures. 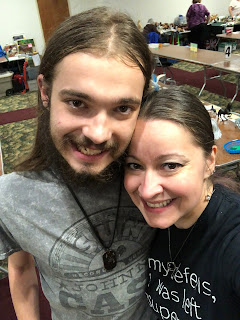 Driving up in the morning was not a big deal at all and it saved me some money. I am all done with showing because I decided to just show one day, instead of both days (also to save money) but I will be at the hall for a few hours to see if anyone wants to shop. I sold a bunch of dolls but I have a good amount left. Plus plenty of accessories and odds and ends. I am still trying to decide if we are going to Howe Caverns or not. We're only 15 minutes away, so maybe. I had a good showing day, and a definitely brought my A-game. But more about that tomorrow.