As you all know, I definitely go through phases where I completely lack any motivation to do anything. I struggle to do even the smallest amounts of doll work and I am often annoyed with myself for my lack of productivity. Last week I managed to keep up a really extreme level of motivation. I worked on the casual western and casual English doll, got them finished early in the week and then instead of pooping out I got started on more dolls. I cut out clothes... 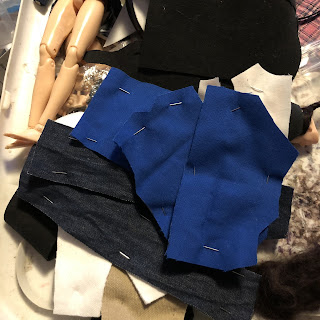 ...and got a head haired. Not super exciting, but I was still working. 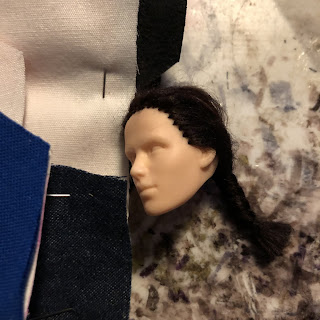 The same day I also started working on cutting out more sets of saddle bags. 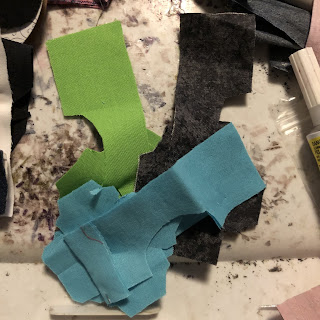 To take full advantage of my extreme motivation I worked on a horseball rider. Here she is getting her numbers put on. I started using iron on numbers since they are nicer than paper numbers and easier to cut out and manage than numbers made from fabric. I used fabric numbers on my horseball rider. 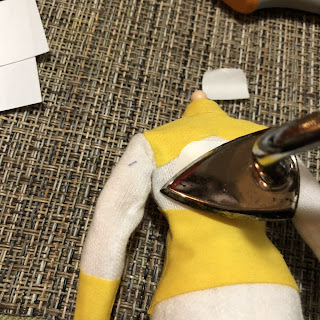 This lady came back to get different numbers put on. I figured this would be a super fast and easy swap. Nope. The computer program I was using was not behaving and when I would try to size the numbers they often ended up too big or too small. Or I forgot to flip them and so on and so on. So making a few numbers for this cross country lady and the horseball rider took so much longer than it should have and nearly knocked out my motivation. 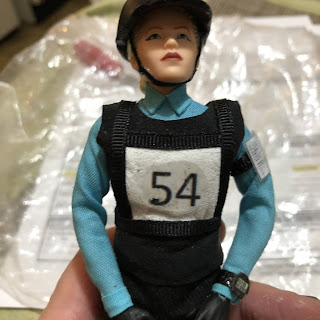 But I kept going. By the end of Thursday I had the majority of the cowboy and the horseball rider finished. I also had a really good start on a random hunt seat rider. I have had a finished hunt coat hanging out in my doll stuff for awhile and decided to just work on the rest of the clothes needed to finish her up. I was on a roll and very pleased with my progress! 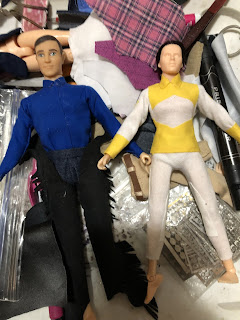 Then on Friday I was planning on finishing up the last few details on each of these dolls and the hunt seat doll. That would have been amazing and one of the most productive weeks I have had in awhile. But then life got in the way. But it was a lot of fun.