Yesterday I mentioned that I have been trying to get dolls done for days and it was just not working out. I was hoping that Monday would be the day, but I had some scheduling conflicts. While I'm on vacation my Dad and I were trying to get together for lunch, but every day it seemed that there was something one or the other of us had to do. So Monday seemed to be the only day that worked and where Ethan would be home to hang out with Travis. I asked if that worked for him, he said that was fine and I had my plans with Dad. And then I went to put it on the calendar and realized that Monday was Ethan's birthday. Which I knew, but had forgotten. Hmm, conflicts. 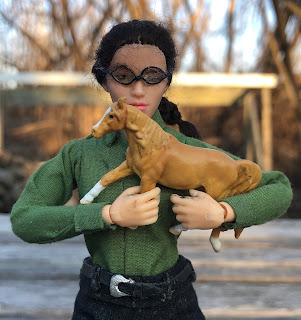 Since it was Ethan's birthday we did some fun birthday things. I went and got ice cream for us that we could eat and I didn't end up doing any doll work. There were gifts and fun food was planned. 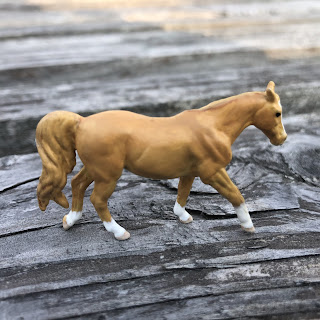 I did look over Little Elecktra's Bangles and decided she was ready for her "I did it!" photos. She is not perfection, but she is cute. And taking the photos only took a few minutes. 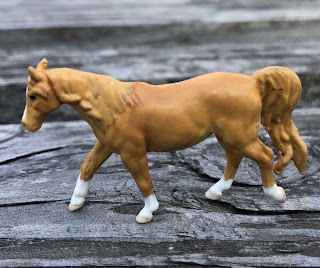 We have had some ribs (actually, a couple of different kinds) in the freezer for months. They take up a lot of space and to do them in the smoker takes a lot of time and Ethan didn't want to spend that much time out in the cold. I don't blame him. So I found a recipe that was low-carb friendly and I made ribs in the oven. And they actually turned out really well! They are not as good as Ethan's but they were not bad at all. I really like the dry rub. 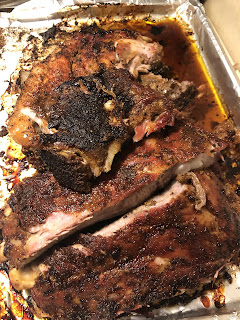 So life has happened quite a lot in the past several days. It has been fun and great but I really need to get some work done. I have orders that are nearly done that need to get taken care of and I have to get back to work on prepping for my live sale. Hopefully tomorrow.