Little Elecktra is visiting Allison Pareis and having a great time. All of the photos and most of the text are by Allison.

I’ve been here in Muncie, Indiana visiting Action Stan and his family for about a week and boy is it COLD here! We’ve had several large snowstorms since my arrival and the snow is currently well over my head out there now! As a result, we’ve mostly stayed inside playing with his dog, “Truman.” And working on painting NaMoPaiMo horses.

Speaking of NaMoPaiMo, I attended a painting party on Zoom. We were trying to figure out what colors to paint our horses and mostly spent the time talking to the other people that joined us. Everyone was so talented and lovely! 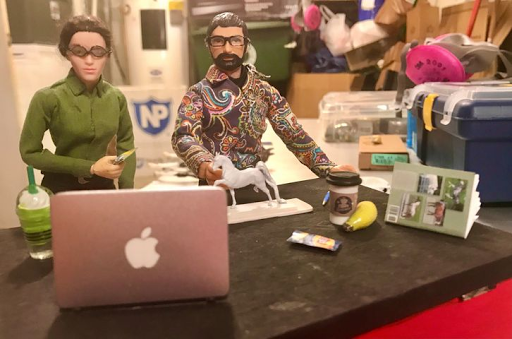 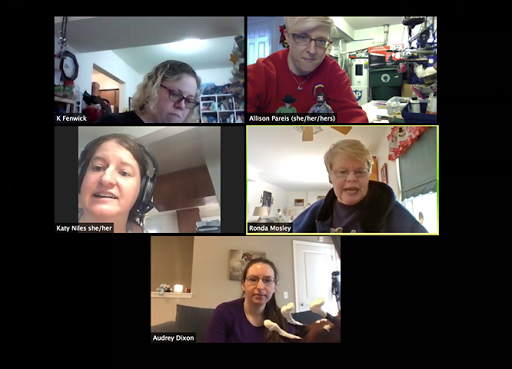 Following our Zoom party, Action Stan thought we should
venture out and see a few things before the first big snowstorm hit.
First stop? Ball State University where Action Stan teaches and hosts on the local NPR station’s Morning Edition show. With the current COVID situation, Action Stan has been hosting and teaching from home, but we were able to pop in over the weekend, fully masked while fewer people were in the building. 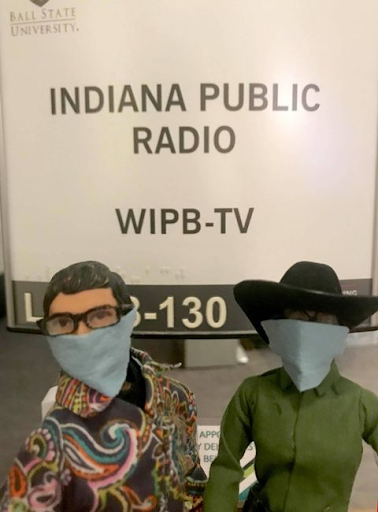 What would be so interesting to see at a radio station while most of the staff is home for the weekend? Well, I learned that Bob Ross actually filmed his popular TV series here many years ago. It was technically filmed in another location in Muncie, but was produced and filmed by WIPB-TV which is part of the Public Television and Radio complex on campus. As a result, I got to see some of Bob Ross’s work up close! 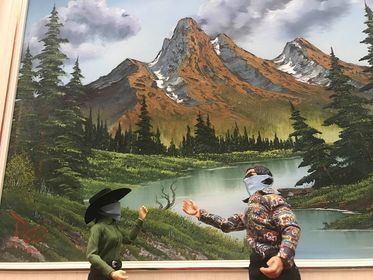 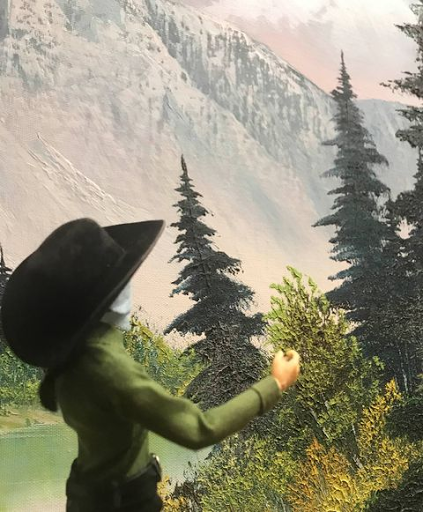 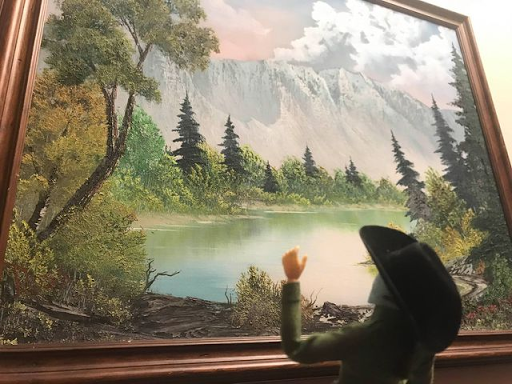 There were even some paintings without trees! 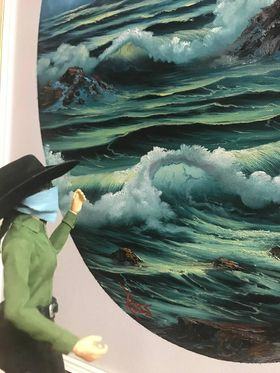 After seeing the Ross paintings, we moved upstairs to pick up some sound gear for class later in the week. Action Stan showed me how the students set up the recording studios for bands, then let me experiment with some of the gear in one of the other rooms. After we collected the needed gear for class, we headed home. 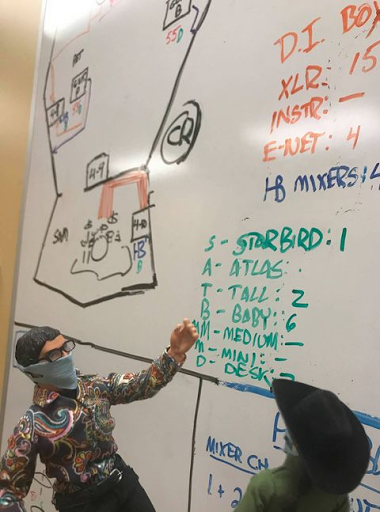 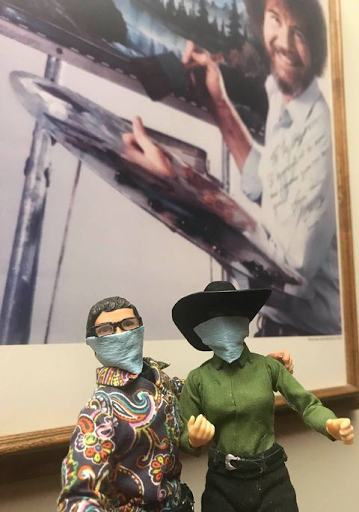 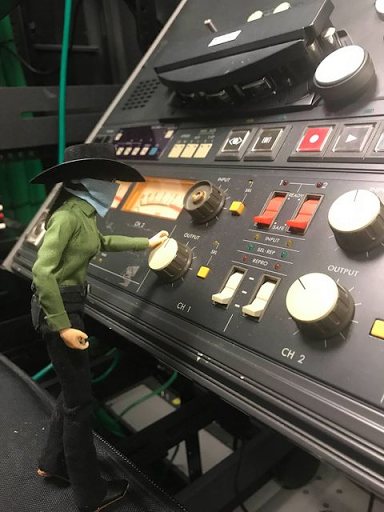 The next day, we ventured out for a drive before the big storm hit us here in Muncie. Action Stan mentioned something about showing me the home of a lasagna-loving cat. Within a few minutes, we pulled up to a building with a giant paw on the side. This was the former home of Garfield the Cat! I had no idea that he was from Indiana. For years, this building was where everything Garfield was produced. Jim Davis, Garfield’s creator, is from the area and wanted to keep his work close to home, so this was the place. A couple of years ago though, with everything switching to digital in the company, Mr. Davis decided his crew could work from home (they were a bit ahead of their time). So for now, the PAWS building sits quietly just outside of town. But it was a lovely property and it was neat to see just where Garfield originated! Action Stan says if I visit again in the future post COVID, I can even meet Mr. Davis! Wouldn’t that be exciting? 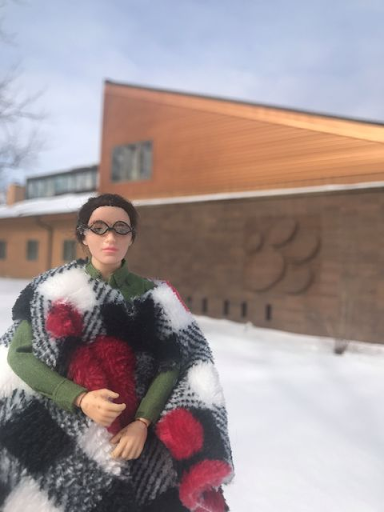 Well, that's been the adventures of the last week. I've been attending some of Action Stan's classes this week and working on NaMoPaiMo things as well. I'll send some more updates soon!
Love,
Little Elecktra

Why does it occur to me that radio would be so appropriate for someone with "Elecktr-" in their name...??! I'm a serious fan of NPR but Bob Ross is new... although I know who Garfield is, I had no idea he was from IN.

I love your poncho, Little Elecktra.

Little Lynn and Circus Girl are so excited that Elecktra is "back home again" in Indiana. Had we not gotten that heavy snowstorm, they would've popped over to see her.