Saturday I had a NaMoPaiMo painting party again. Though I was the only participant who is actually a living person (that sounds weird, it is not quite as strange as it sounds). I was hoping for 4 of us but Travis again decided he did not want to paint his horse. I have a feeling he is not going to finish before the end of the month. He wanted to paint in January, but not in February. I feel that. Waiting is hard.

But my dolls had not started on their horses for minis painting minis and I decided that it was time. Especially once I started doing layers of white on Barnaby and had to seal him so often.

Laura's horse is a Kitty Cantrell micro Harmony resin. At the beginning of February I got him into a sort of tannish basecoat. 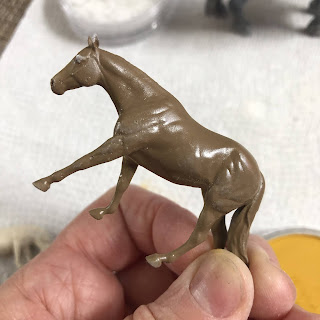 Kayla's horse is a Maggie Bennett micro Madhuve. I got her base coated in unbleached titanium. 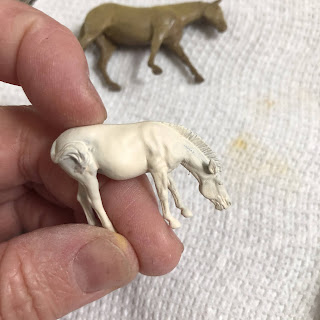 I got a bit of the colors done on the horses and then decided I really needed to set up the proper photo shoot for everything. 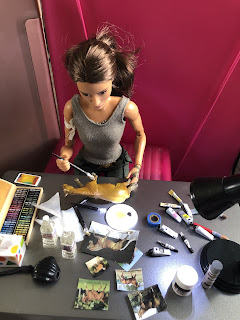 After all, what is the point of collecting the tiny props and things (and dolls) all year if you are not going to use them? So I got out all of the art supplies, which actually work just fine for 1:6 scale, even though they are meant to be 1:9. I could not find my 1:6 scale folding chair. I am sure when I don't need it it will appear as if by magic. 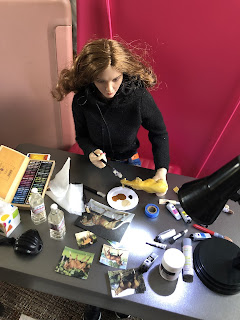 Barnaby got multiple layers of white pan pastels, and very slowly I started to see the difference. He stopped looking totally like a model horse with paint on him and more like a nice model horse. 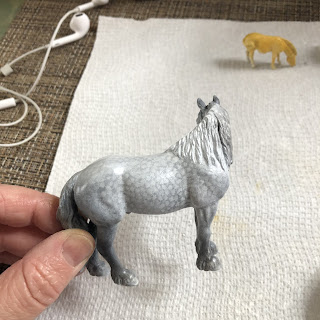 I also decided that pan pastels are my new favorite thing. This was one layer of yellow ochre over the unbleached titanium base coat. The horse already almost looked like what I wanted her to look like. I am  Laura is painting her to look like Ayla's horse, Whinny, from the Earth's Children book series. At least sort of. Laura is not skilled enough to do primitive leg barring on a micro. Maybe next year. 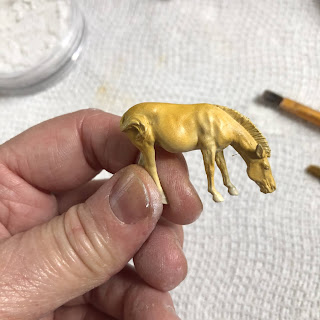 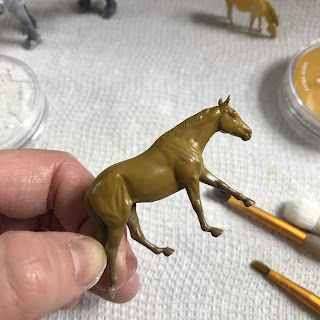 The painting area quickly expanded. Sometimes you just need to spread out. For efficiency. 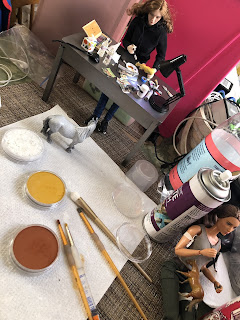 Harmony quickly reached the ugly stage. I was actually ridiculously happy with her ugliness! 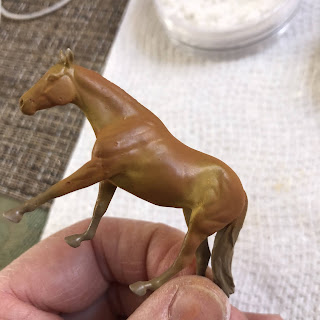 The painting area and pile of supplies expanded even more. Poor Kayla ended up hiding out under my reference photo. She didn't seem to mind too much. 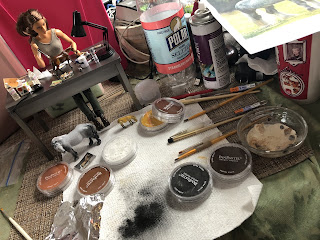 Barnaby's color finally came together in a way that I liked. The white layers of pastel over my dapples stopped disappearing when I sprayed on the finish. I got the dark parts shaded back in and I felt that added to the realism of his coat color. If you look at him really closely, he still looks like he has paint on him. But from a reasonable distance I actually think he looks really good. My cell phone doesn't even take nice photos of him! 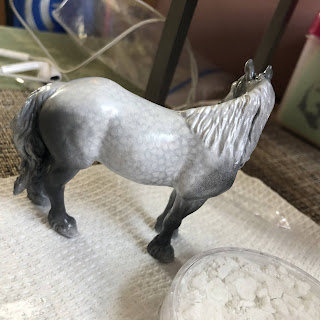 When I was finally happy with his body color I moved on to his socks and his face. The reference has a very bald face with some nose pinking and a lot of white on the legs, but also mixed with the dark gray. It is tricky and I am certainly not painting it exactly like the reference. I don't have that level of skill by a long shot! 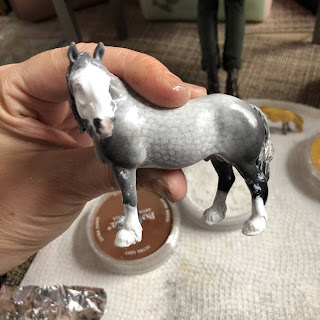 Still, I am not hating how he is turning out. Eventually I had to decide that I was done for the day because I was just really tired of working on the horses. I am sure I have plenty more layers of white to put on before I am done with that. I also have to get into the mane, tail, eyes and hooves. But I definitely needed to be done for the day. 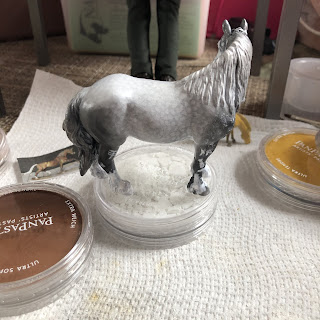 Laura and Kayla did a pretty good job as well. They are pleased with their progress, and also really love pan pastels. I think these micros are down to manes, tails, eyes and hooves as well. Hopefully some day soon we can get some of that done. We are running out of February! 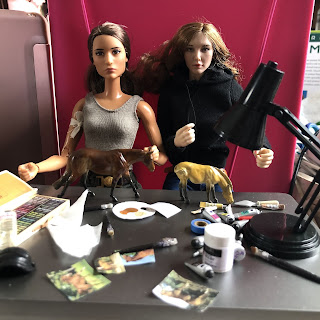 Great work on the Whinny! She is just right for the job. I had doubts when you started ("only live person") but now I understand. Those little bitty photographs are perfect for their props!