I have mentioned that I occasionally worry that I will not have enough prizes for the Field of Dolls Online show. I also worry that I might end up spending a ridiculous amount of my own money to make sure I have a good amount of prizes. Because I definitely want to have prizes. I am trying to remind myself that there is still a TON of time before the show, and that people have been sending donations. I got another box of prizes from HandcraftedbyKari on etsy! How cool! I just put in an order from Kari the other day. It was definitely awesome to get a surprise box from her. Plus I got a comment on the last post where I mentioned ordering saying that my order was going out Monday (today!) so I am collecting prizes. I also ordered some more miniature rosettes from The Winner's Circle. There will be LOTS! I am still going back and forth a bit on exactly how to award major prizes, but I am narrowing things down. I'll get there soon I think. And then there will be door prizes as well. But it really is very exciting to me that people are donating.

Some quick show details as a reminder. The Field of Dolls Online Show will be held on SmugMug. Entries open November 1st. The dates have been tweaked to allow my judges more time for judging. Entries close on November 22nd. Judging starts November 23rd. There will be a livestream on December 5th with announcements of some winners (champs and reserves at the very least. Potentially class winners) and door prize drawings. I do not yet know the time for the livestream, likely 2:00 pm EST because that is when I do all my lives (I also will have a live sale the week before for Black Friday). I have a page for the show on Facebook but you do not have to have Facebook to enter. And I am still accepting any and all donations for prizes. 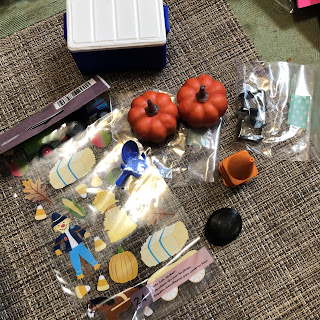 In other news, the other day Ethan decided the lack of homemade chicken noodle soup on a low carb diet needed to be remedied. So he put this soup together, using heart of palm noodles. If you put them in a slow cooker for 7 hours they actually get soft! He asked me to make some breadsticks to go with them and while I have a really excellent breadstick recipe I looked up a new one. The recipe is here. It is a bit different than my other one but really worth making! I switched it up a bit, didn't use an egg wash, just drizzled them with butter and sprinkled on parmesan cheese before baking. Very tasty. 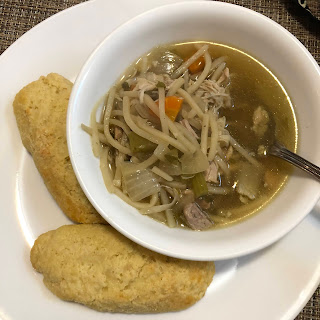 I got some more photos done for the Mares In Black photo show this past weekend. I have no idea if they will do anything in the show, but I had fun with them. And I got to make a fancy hat, and you all know how much I like fancy hats! I have been peaking at the performance albums as they start to load and some of the photos are really fun! I need to get my act together, finish my photos and get them entered.
Posted by Field of Dolls Studio at 11:30 PM