Last Friday when I got home from work there was a box waiting for me. Well, a couple. One was a group of donations for my Online show which I mentioned on Monday, and the other was a box of stuff from KC's Galloping Gals. I got to play around with things to give some feedback. How awesome. I should have been working on armor, but instead I played with some dolls.

There was this lady, who I think is going to be a vampire, but will also be a different head option for the Gracie/Quinn/Olivia dolls. I was not sure what I thought of her, since it's hard to get a good feel with a blank face, so I asked if I could paint the heads (there were 4) 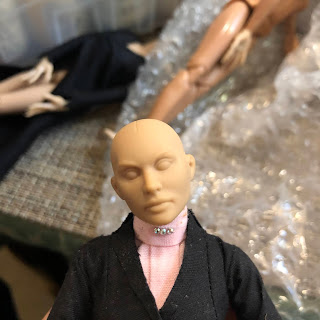 This one is Lena, she is to be the new Native American doll. The sculpt is not as detailed as some of the others so it's easy to screw up on the painting. It is both awesome and terrifying having no sculpted brows to follow (or ignore). I did struggle with her a bit. 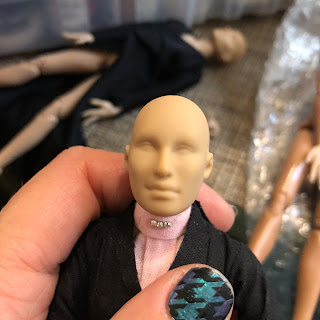 There was also one of the production helmets! I was asked to paint it and try it out. I tried it on one of my haired dolls before painting it. It is a nice fit and the straps are even pretty nice. I would consider potentially leaving them on. 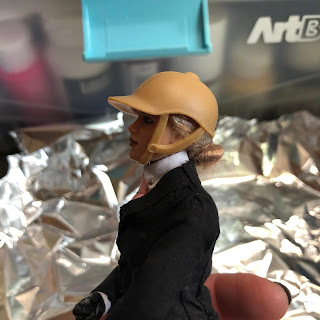 There was also a moccasin, new smaller feet and some high heeled feet I forgot to take picture of. 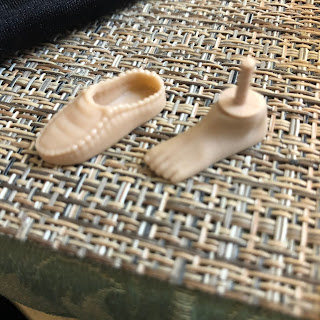 I did not do the absolute best job painting Lena, and she needs hair, but it is so nice to see some different faces. 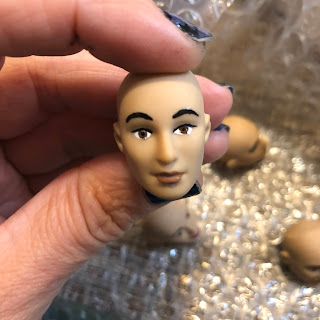 This is the Betty Page head sculpt. She also doesn't have sculpted on brows so these were tricky to paint. I am sort of bad at brows. But they are at least sisters, if not twins, which I hear is the goal with brows. 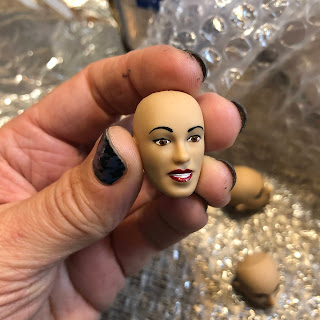 This is another new head sculpt as well. I believe she is going to be for the riders. She has sculpted on brows, but they are quite friendly. I know people have complained for years that Yvonne/Quinn/Gracie and so on looks super intense. Even with the bit of messed up paint on this one I think she looks friendly. Not like Betty (pictured above) but she looks pleasant. 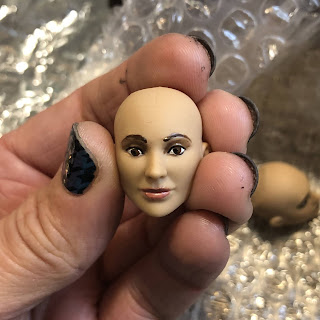 Jason said for this vampire lady (who I think will eventually also be available as a rider) that he was thinking goth makeup. So I made her look very intense and gave her some fairly gothy makeup. I am pretty sure if I painted her slightly differently I could make her look less intense. But I liked how this one came out. And I really like the idea that sooner or later we will have some new heads. Different faces will be a nice change. 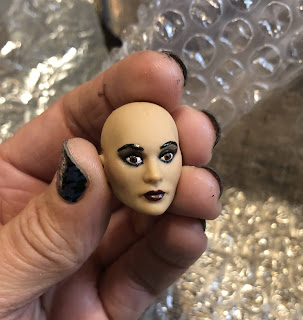 Also, that helmet really does look fantastic! Even with the factory straps left on it. 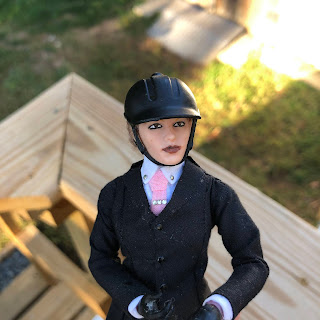 I will still most likely remove the straps and make my harnesses the way I have for years, but they work out pretty nicely. It takes a bit of work to get the helmet on, but it looks really nice when it's on. I am very excited for these to come out! 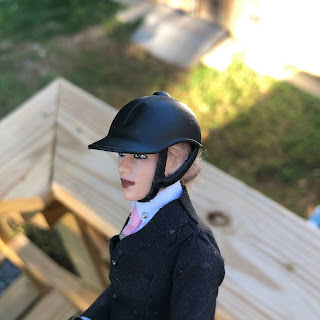 I had a lot of fun playing with the doll heads and the new helmet. I love that there are smaller feet and am hoping in the future we can have the option of the swivel joint that Yvonne/Gracie/Quinn has. Without the joint, the doll is fantastic for standing, though it hinders her riding ability. Though I am still very excited that new options will be coming!
Posted by Field of Dolls Studio at 11:30 PM

Do you know where I can buy these dolls? When?

The new doll heads will be available from KC's Galloping Gals (they have a Facebook page) at some point, I don't know when. If you are looking for the complete dolls, I made those (actually, it's all the same doll with different heads, lol).