I have been a big fan of the Mares In Black podcast since I first started listening to the show. Once I started, and I caught up, I made sure to stay current. One thing that was always thrilling was to be mentioned on the show. As an artist, being recognized for my work is really cool. And for me, even being able to say "I am an artist" is a big deal. I have spent a lot of time not only partially embarrassed by my love of tiny horses, but also undervaluing myself. In the strictest sense of the word, I am not an artist, I am a craftsperson. Which I don't find offensive at all. But I am an artist too. I create things that didn't exist before. I take materials and I put them together so they are so much more than the sum of their parts. I am good at what I do. And I often have incredibly low self esteem. When I first heard myself mentioned on Mares In Black and heard the interviews I always thought it would be so wonderful to be on the show. Every new episode, and every little mention, I would think about how that would be. I hoped for it but didn't think it would ever happen. 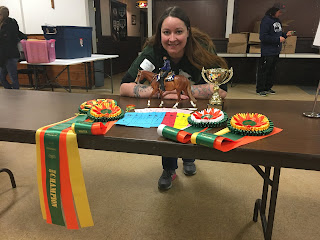 Every time Heather and Jackie mentioned the performance series they had planned for the show I would think "I REALLY want to do that!". But it was always with sort of a wishful feeling, not thinking it would actually happen. 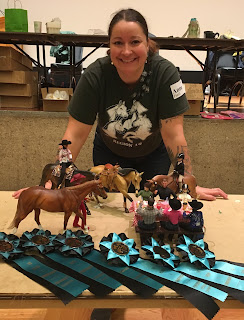 I have bought ad space and sponsored the show a few times. I have always felt that advertising is very important for business. When they started their Patreon I signed up as a herd nerd. Not instantly, I got distracted and forgot for a bit. But let me tell you, if nothing else, early access to the shows is totally worth it! The Mares really have an AWESOME Patreon going on! 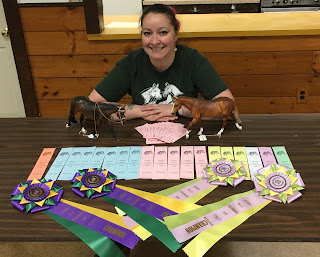 I still have some items that were payment for my sponsorship in my possession. Heather contacted me to see if I minded it being used as prizes for their photo show (GO ENTER THE SHOW!) I said they are yours, you can do whatever you want with them. And I sent her some new photos and photos of a pile of miniatures I was donating. I also finally decided if I didn't use my words I was unlikely to ever get my wish. I said to Heather that I would love to be in on the performance series. She said I should talk to Jackie, but was pretty sure I was on the list. I was excited and flattered and extra flattered when I contacted Jackie and she said that she was planning on contacting me. So then came the day of the interview and Jackie, Heather and I got on a Zoom call. We chatted for a bit about random things and then it was time to get down to business. I said that now I understand why people say they are nervous when they are on the show. It's a little scary! It doesn't matter that I have known Jackie for years and years and that Heather is awesome and that these are my friends. It doesn't matter how much I love talking about performance. It was a little scary. And then they mentioned several people who they were also planning to interview for the series; Jennifer Buxton, Tiffany Purdy, Erin Corbett and I said, why did I think this was a good idea. I felt very out of place in that companyt and we chatted about that a bit and they both assured me that I was not out of my league. 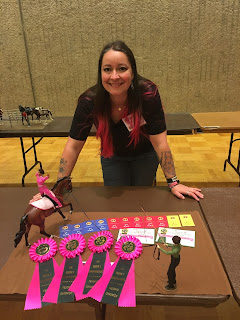 Some of why I felt I would not compare well to the others was because of where I show. I don't mean Region X. We have insanely good performance showers here and the competition is intense. But I mean I have never shown outside of Region X. The others that were mentioned have shown all over the place and done extremely well. And I do wonder how I would do in another area. Or against any of them. 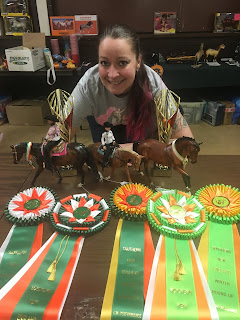 While I definitely do struggle with self esteem, feeling if I am "good enough" as a shower and so on, one thing is clear. I am a good performance shower. All of the photos in this post prove that if nothing else. And I am also NOT good enough. Because if anyone ever decides they are a good enough performance shower they better sit back and get ready to lose. Performance is a tough game and every new shower brings new ideas. We are constantly pushing each other to work harder, and be better. And you are always try to be better than you were at the last show. At least hopefully you are. 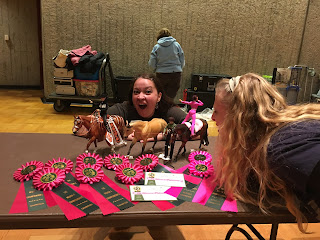 No matter if it is your first ever performance show or you have been showing for years and years, you can always do better. You should be your biggest competition. Watch other people show, even if you yourself are really good. Try to come up with new ideas, push yourself. I heard a great piece of advice the other day. Get comfortable with being uncomfortable. I don't remember what the context was but I think that can apply to many things. If you are performance showing and comfortable, you may be missing things. You may not be putting in your best effort. At that point, maybe it's time to take a risk and try something new, instead of just the same old setups. Keep it fresh, for yourself and the judges. And always believe that you can do it.
Thank you Jackie and Heather for having me on the show and letting me babble on and on about performance. It was a ton of fun and after listening to the episode, and looking at photos, I am a little embarrassed that I thought I shouldn't be on the show. I have worked really hard to get to the level I have achieved. Now I need to work harder to be even better.

Another really good post. It makes me think, and I've been in this hobby for 42 years.