In 2018 (I believe) I wanted to get my car paid off early and I decided that I needed to sell basically everything that wasn't a performance horse. My friend Iva saw my Indian Silver resin at TRXC and fell in love with him. I semi-talked her into buying him.
I wanted an Indian Silver resin for years and years. I finally found one, for an amazing price, in 2012 or 2013. I was super excited to have him, though he never showed well. I asked my friend Corrie one day what she saw wrong with him (she was judging workmanship that day) and she pointed out a bunch of flaws that I had never noticed. So I asked Liesl Dalpe if she would repaint him for me. I believe he was finished in 2015.
Sometime this week I started thinking about him again. I never really wanted to sell him, but sometimes you do what you have to. Anyway, I am not quite as struggly as I was when I sold him, so I contacted Iva to see if she still had him and if she would sell him back to me. And she said yes, and yes.
Yesterday I drove out to Stow, Ma, which is a lovely little place that just seems so much more New England than Ludlow. I swear, Ludlow is sort of a generic little town that could be just about anywhere. Stow looks like a little New England town, at least the parts I saw. I brought my flamingo haversack. 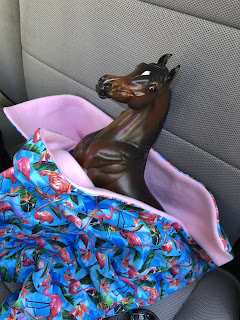 Travis and I visited for a bit and then I tucked Time Lord into his haversack and buckled him safely into the back seat. Iva's husband thought that was a bit funny. But when you are bringing an expensive horse home, you want him to be safe. 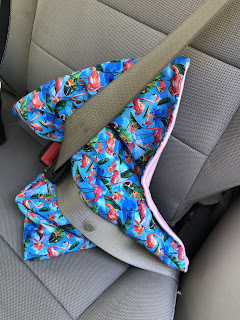 Iva and I only had a very short visit, they had things they needed to do today, but it was a nice little visit. The day was gorgeous and just perfect for a nice socially distant visit in the yard. Travis and I got to see a whole lot of beautiful foliage and had a nice drive. I really am very excited that Time Lord is home. 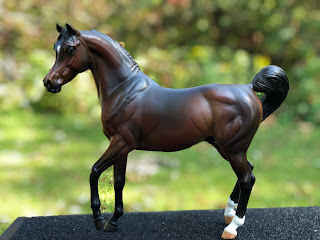 So the posts about prizes are not going to stop any time soon. I got this batch of things I ordered in the other day from HandcraftedbyKari. They are just as amazing as everything else I have gotten from her. The amount of prizes I have for my show is growing and growing. And I love it. More is on the way and I have some in the works that I am making. Now I just need to try to be patient until the show opens for entries officially! That happens on November 1st! 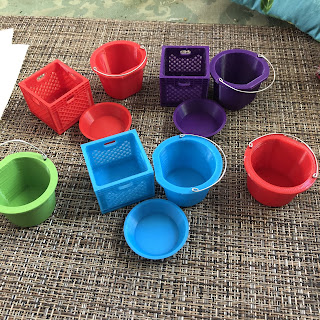 I'm so glad you were able to buy him back!