You know what happens when you get really busy? You may start to forget things. I keep a lot of lists and set myself electronic reminders, but not everything goes on the lists. Like, 'write a blog post' has never been on any list. This is just something I do. I am usually pretty good about it. But I had nothing written last night (forgot) so I am actually sitting here writing a post before school. Probably not the first time.
Anyway, yesterday I talked about saddlebags and how I don't really like making them and how I was going to try really hard to get the ironing done on them so I could keep going. Well, pretty much right after I finished that post I talked myself into it. For anyone that is confused about the timeline, the saddlebag post was written several days ago. The ironing was done the same day (Sunday I think). But now I am sitting here writing Wednesday's post on Wednesday. What is the world coming to? 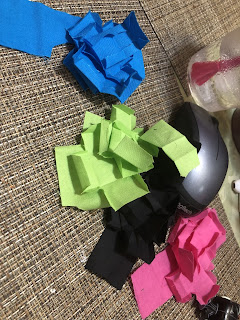 Monday I did something I have not done in a while. I worked on doll stuff in the car while I was doing the laundry. I got all of the lining pieces for the bags cut out before Travis got home from school and I was ready to work. And it was cool enough to sit in the car and get some things done. 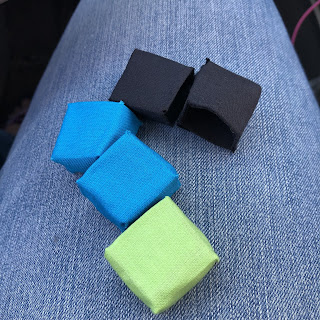 After the laundry was folded and put away I kept on going with the saddlebags. I figured out that the 3 small bags that were planned for the pommel bags were not going to work out. There was no good way to attach the middle bag so they actually worked. 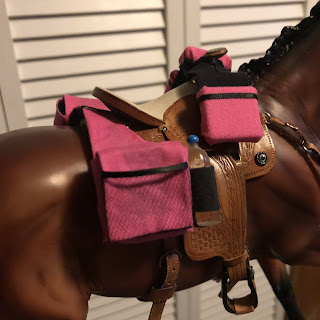 But I had already made 3 small bags for each of the planned sets so I made a little loop for the middle bags. Now there is the option of putting that small bag on in a variety of ways or leaving it off all together if it just doesn't work out. 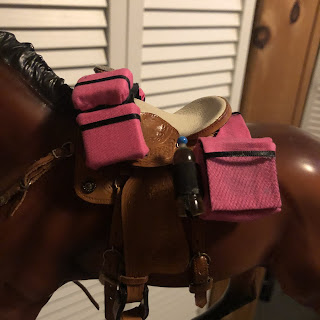 These sets are still not done, I need to make all the stuff that goes in them, but a lot of progress has been made. They are technically ready to go as-is other than I really do want to make the stuff to go with the sets. But I officially will now have saddlebags at my live sale. Not many of them, but some. 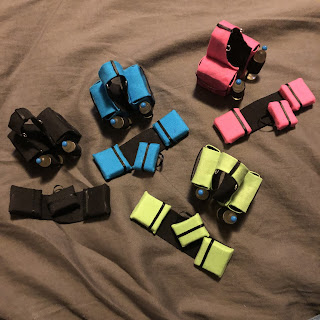 As a reminder, my live sale will be August 15th at 2:00 pm Eastern on my studio Facebook page.

Posted by Field of Dolls Studio at 4:46 AM