You know what I hate? I hate being late. With anything. I don't like being late for appointments, late for work, or even just late for plans. I get really anxious when I am late. I promised to finish a doll for a customer last week. Guess what? I didn't have enough time. Now the doll is late. So I let her know yesterday. She was fantastically awesome about it. She was much more understanding of my work and my process than I am. She said she knows I make deadlines because it helps me get things done, but she was totally understanding about the doll not being done. I really appreciate that. I am still a bit miffed at myself for being late. 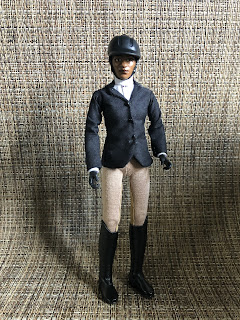 You know what "lateness" I am not mad about? Breyerfest shipping. I have seen so much complaining on Facebook. Some really over the top stuff too. Some people are just eager to get their loot and are mostly joking. But some people forget that Breyer is not actually a huge company, doesn't have thousands of people packing orders, and they did totally deserve at least a small break after the big event before they jumped back in. They really are still people. I THINK the one USPS label that was created for me was my Dani. As far as I can tell she is still at the warehouse. Maybe I will be the first consolidated order. So far anyone who has gotten anything has had pretty much all separate shipments. If that is the case... I will have many boxes coming from Breyer soonish. So yeah, I am excited to see the stuff and have it in hand. Most likely I am going to sell a lot of it, I just had to pay a lot of money on car repairs. I am sure I will keep some of my loot (I am eagerly awaiting my Breyerfest wine glass!)  But many other things might go. It happens. I'll survive. Dani is most likely staying, even though I already have a horse on that mold. She's just so pretty! 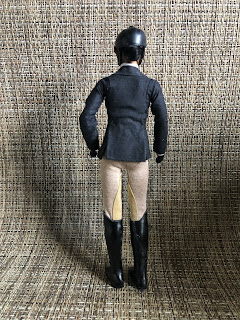 Yesterday I was hoping to have some energy, time, and motivation to take performance photos of my Stone pony for the upcoming Stone show. That didn't happen. I spent an unreasonable amount of time dealing with health insurance stuff. Still not done. Then I had to talk myself into a bit of grocery shopping. More will have to happen today because the store was out of some things we really need. Adulting can be frustrating and sort of boring at times. But I am holding onto some happy thoughts. One, I just paid a big chunk of money to get repairs/maintenance done on my car, but I had the money and it wasn't a hardship to pay it. Two, even if I don't get to stay with the group I am working with at school for the Summer program for the regular school year, I definitely was valued. And if I stay at LHS I know there are a lot of people that value me there too. Three, it's not raining, not cold, and not hot, the weather is just really nice. So many things to be happy about. And chances are I will have some fun stuff coming from Breyer soon.
The lovely lady featured in this post will be available at my live sale, August 15th at 2:00 PM eastern. I will be posting photos with claim numbers at specific times/intervals on my Studio page on Facebook. I will also be live to announce who claimed what and do trivia and so on. Even more detailed information coming soon.
Posted by Field of Dolls Studio at 11:30 PM