Cleaning, Giveaways, and An Arena

Very recently I posted about my new arena. The new arena I ordered in November of last year that was in transit for 119 days and then finally got to me. I was so excited! Within a few days I was outside on a glorious day taking performance photos in my brand new, long awaited arena! And I discovered super quickly that it was just kind of too small for performance photos. Don't get me wrong, there are a lot of different pics I can get in it, but if I need more space to spread things out, or if the corner of the arena doesn't work for the particular setup, it is not long enough. My answer to that was to order a new one. The craftsmanship of the arena is amazing and absolutely worth it to me. I was not expecting the artist to even start on it until mid-April. But here we are... 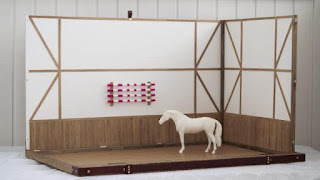 It is already finished and ready to ship out. Now I will enter the time of the waiting again. But once it arrives, it will have been worth the wait (again). It is 10" longer than the one I currently have, which really should be long enough for most of my performance photo needs. 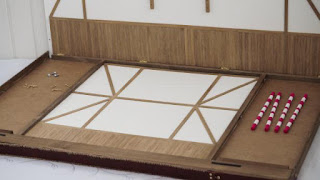 I also got my March micro from Maggie's Monthly subscription. I already can't remember her name, but I am glad I didn't sell the foals. I really like the mare. And really, the foals are still sort of up in the air. 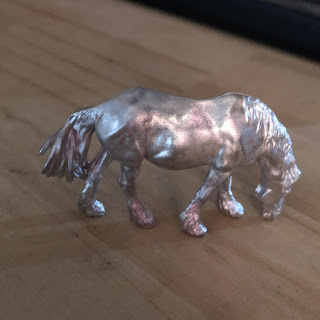 I did a ton of cleaning, sorting and reorganizing of doll making stuff the other day. The idea struck me as a NEED while I was at school. I had a half day (because Travis had a half day) so I knew I could come home and almost immediately jump into the sorting. I decided that I would pull out items that I was most likely not going to use (because I had not used them since I got them, etc.) and make a big bundle of stuff to rehome. I posted on my studio page on Facebook that I was doing a giveaway. Nothing is required other than saying you want the stuff. I am even going to pay the shipping. The catch, since I am mentioning this here, is that this is only for comments on the post of my Facebook studio page. I don't really want to have to gather names from several sources. 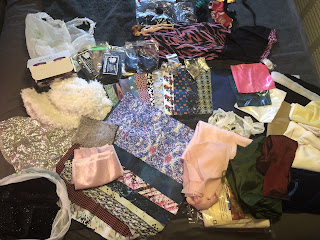 I also decided to rehome my earth pigments. I have tried out almost every one of them, I think, but I do prefer pan pastels. So I am going to stick with those and let these go. This is also in a second giveaway on my studio page on Facebook. I am going to draw (spin, I like name wheels) the winners some time this evening/night. 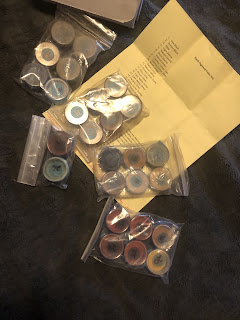 I was definitely pleased to get the sorting all done. I bought a new tote for my 1:9 scale dollhouse stuff. This one is a bit narrower, but several inches taller. I moved everything into it and it is not totally full yet. I am hoping I have enough space for the new items I have coming from Terri. I think they are on the way. Or will be soon at least.
Speaking of Terri. I am really excited to try out a live sale sort of like she does her live sales, but with an actual live portion. I am going to make a handful of items so I can try out the sale idea in the next couple of weeks. I want to try it on a small scale first to make sure it works the way I think it will. And then if I love it I can do it for the regular sale on August 14th. Once I have some items made and a date set, I will let you all know when the test sale (with real items to purchase) will be.