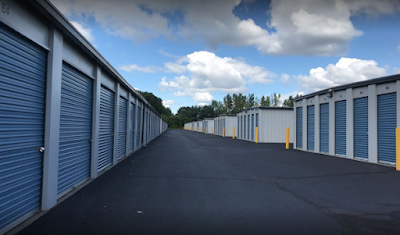 Yesterday was a very weird day. My last class of the day was a bit wild, and as they were heading out after the bell rang a student looked at me and said "sorry for school". I laughed so hard at that! This is the same student who said to me the other day that they can't understand how I teach kids. Some days I don't get it either (or I wonder if I am actually teaching them anything). But I keep on trying.

In other teacher news, I am really pleased with my lesson planning. I have bio actually planned through the first day of March! There is a week of vacation between now and then so it is not quite as impressive as it sounds, but I think it's pretty impressive. I also think that maybe, just maybe, I found a way to make a pretty confusing, very boring subject (cell organelles) a bit more interesting. Maybe. We'll see. But I have some plans. I also have a good amount of math planned out. Not all the way until March, but I could have. I didn't want to write in the plans until I physically had the work ready to hand out. Sooooon...

After school I came home and I managed to get in some time working on a doll I have been trying to get finished up. I managed it! Then I had to go and help someone move, so I didn't have time to do any more doll work. But I got some done. That's something.

The plan was simple, grab some stuff and go meet the landlord to get the keys, drop off the stuff, go to the storage locker and get more stuff, drop the stuff off and go to Walmart before the big snowstorm. It was a simple plan... until I did something stupid. It was a bit dark, being just about sunset when we got the the unit, and I angled the car so the headlights could shine in. I have done it before, it was not an issue. I forgot my battery has been being a bit squirrely lately. So the few minutes (maybe 15? Maybe less? I didn't time it) that I was playing car Jenga was enough to kill the battery. Oh crap. Backup was called in to not only help empty the storage unit some more, but to jump my car. Which did not work. Crap. So I sent the others off and called AAA and Travis and I grabbed the car blankets and bundled up. It was cold.

So we waited for AAA and I admired my car Jenga skills, honed by years of model horse showing. The others came back and we were still waiting. We got in the toasty warm car to warm up a bit. I said why don't we move everything from my car to yours, and you can get more moving done while we can keep waiting. Apparently AAA will come out and replace your battery. Who knew? So I played car Jenga in a new car and decided we needed to get out of the cold. Bundled and blanketed or not, it was really cold. And AAA was very busy since a lot of cars were acting up in the cold. We went next door from the storage place to a restaurant and ordered some dinner... and then I got the text from AAA (lol, of course!) so I asked the waitress if she could box up our food when it was ready and we would come right back and get it. And then we went back to the storage place.

Nick from AAA has some insanely good driving skills. Which you would expect from a tow truck driver, but he backed a long flatbed down the aisle of the storage place! Holy cow! He said he'd try to jump my car first, worth a try since he was there... and Nick must have magic because the car started! I was so thrilled! And cold. I still think I should replace the battery, it has been wonky every now and then for a little bit.

I thanked Nick several times, we did the usual "stay safe" and Travis and I went to pick up our food and drive around a bit to recharge the car battery. When we got home I was really really happy. It was not the end of the day I was hoping for. I didn't get to Walmart to get my errands out of the way, but everything could have turned out a lot worse. It could have been colder. It could have been colder and windy. We could have been out in the middle of nowhere. I could be the type of person who doesn't have blankets in the car (I have several, and several extra pairs of gloves and scarves and so on) I could have forgotten to renew my AAA (I will actually never forget to do that, lol). My cell phone could have been dead along with the car battery. So many things could have been worse. It wasn't fun, I will not go that far, but I am grateful for the efficiency of the agent I talked to at AAA when I called to say their calls were not getting through (I missed 4 calls from them) because I was in the middle of metal boxes. She immediately changed our call to priority when I told her we were cold. There WAS a place to go and warm up (and I was wearing wool socks) and Nick was quick, very polite and had a tow truck, just in case.

And we managed to move almost everything out of the storage unit.

P.S. Merino Wool Bombas socks are not quite as warm as the performance boot socks (I don't think) but they ARE very soft and quite warm. I would highly recommend them for toasty toes!

You really sound like the right person to get stuck with, if I can say that. Congratulations,... and best wishes on a new battery!