Animals at The Big E

A big part of The Big E is animals. There has been some controversy for years about the live animal exhibits at the fair. For years they had an elephant, Beulah, but she died before the fair opened this year. Of natural causes I should add. And while some people feel there should not be any animals at The Big E, I think seeing and learning about animals is very important.
There were 2 bears that we went to go and see. They had the entire length of a tractor trailer to hang out in, but they chose to cuddle up together at one end and have a nap. 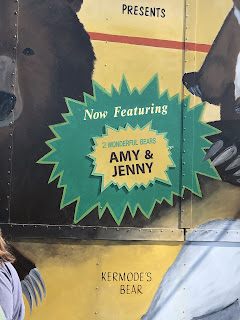 There was thick plexiglass between the bears and the people coming to see them, and a railing as well. There was a ton of information on different types of bears on all the inside walls. 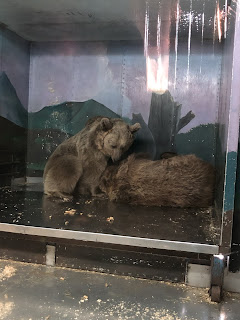 Plus a collection of bear skulls that I photographed because Ethan loves skulls. 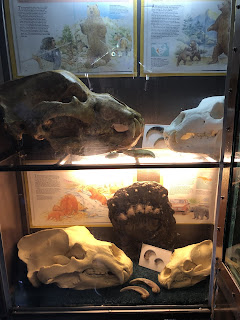 There was this big sign saying that 2880 eggs are hatched during the 17 days of the fair. 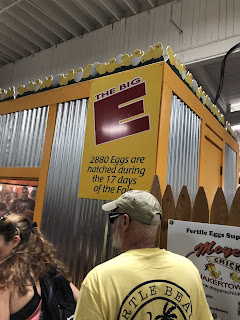 So many little chicks! They had big monitors up over the incubators as well so the hatching chicks were easier to see. 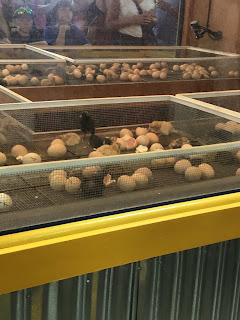 There were grown chickens of many varieties 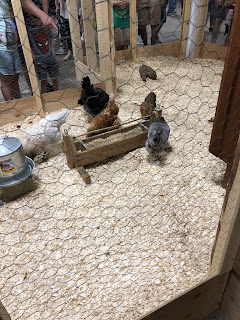 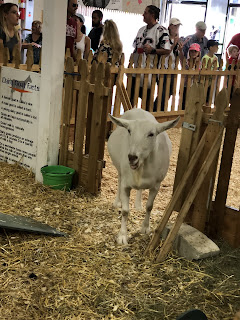 And kids. Elecktra watched the kids playing for awhile. They were doing silly kid things and frolicking and falling off the hay and getting back up again. It must be fun being a goat! 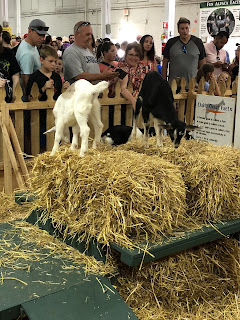 I really loved the piglets! This photo doesn't even come close to showing just how huge mama pig is! 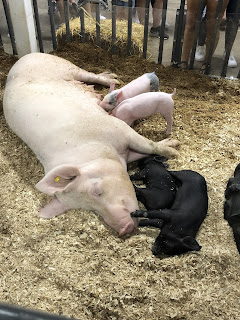 And we saw some ducks too. There were signs with tons of information all over the farm buildings. 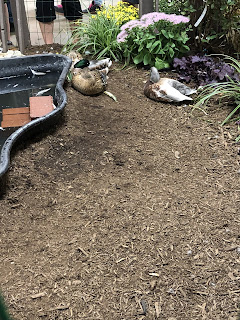 We did, of course, also see horses. They had a whole team of Clydesdales. Elecktra pointed out that they all had military names. 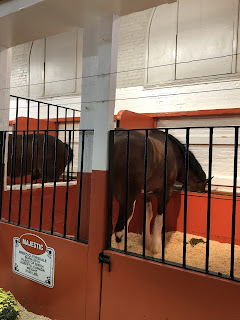 They were a variety of ages and were born all over the world. 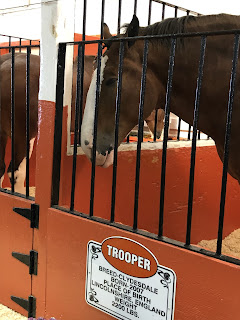 Most of them were dozing... 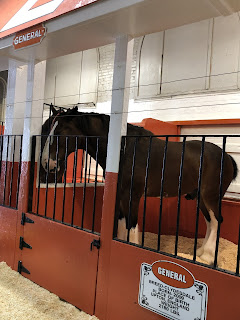 or trying to visit with their neighbor... 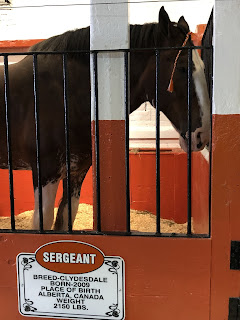 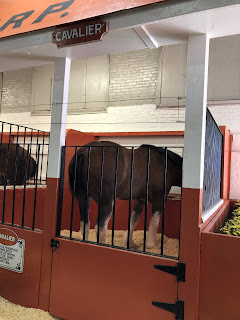 eating was a popular choice. There was a rope fence that kept everyone back so no one could get too close and bug the horses. Or potentially feed them something they shouldn't have. 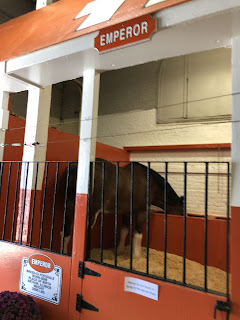 We saw their harnesses as well. I am sure the horses are used in the parades, but we didn't get to see it. There is just so much to see and do at The Big E and we didn't see or do half the things. 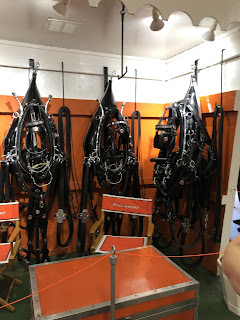 We did see a bit of pleasure driving in the colosseum. 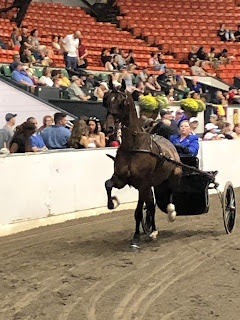 It was Saddlebred day but I didn't have a program so I have no idea what the class list was. We just happened to be in the arena when they called this class, so I know what it was. 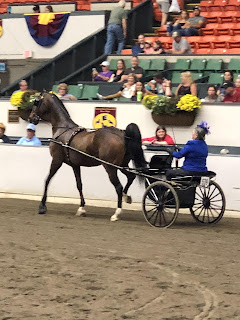 There were only two entries but they were really nice to watch. 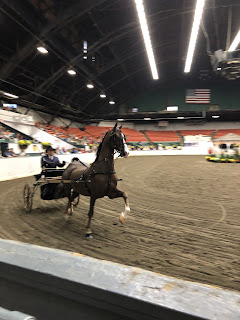 I also got to explain to Peter and Ian what (roughly) they were judging in the class. 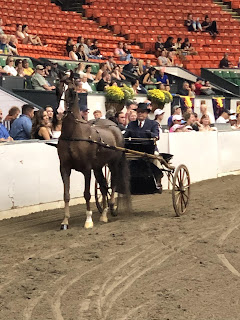 It really is hard to tell from just watching after all. 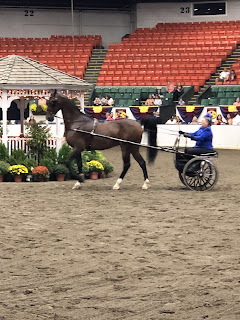 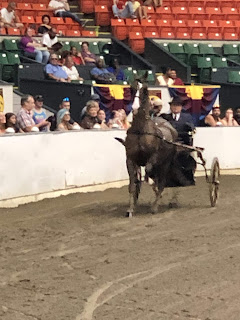 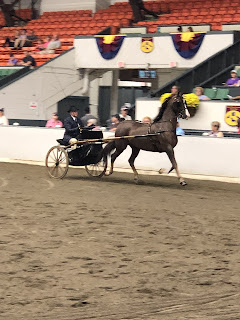 I don't actually know who won, and I was not watching with an eye on who was doing what correctly, I was just enjoying the horses. 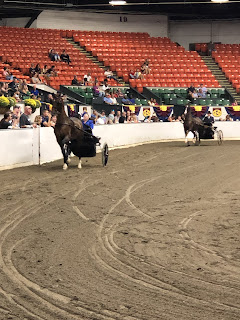 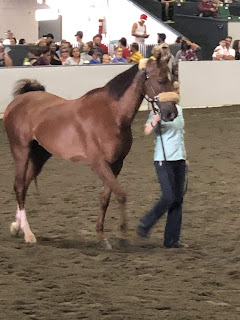 I didn't take as many pictures as I would have liked, and we didn't see everything we wanted to. But it was a really great time. I really enjoyed our trip to The Big E and it was a cool and different way to spend a Sunday. I will most likely have to do it again sometime.

I still have 5 dolls to go to hit 1300. Make sure if you are commenting it is on the blog posts and not on the Facebook posts (those posts don't count). Also, please sign your name if you post anonymously. Or if clicking on your blog name doesn't bring me to a page with a name, please sign your name. I can't give a prize to you if I don't know who you are!

Learning something new (almost everyday) is a good way of keeping the brain in good order! :D

Animal Learning at fairs is very important - I was not crazy about them pulling calves in public (despite the cow seeming pretty seasoned and calm) as a stressful environment at IA state fair surrounded by people, but the hatching chicks are always a hit. Some distance for safety and welfare of animals is important - thanks for sharing the variety!