The other day I tried a couple new low carb recipes. One of them was a cinnamon swirl bread. I am not sure if I missed an ingredient, though I did double check everything as I worked, or if something was missing from the printed recipe. Or should have been added. The instructions said to pour half the batter into the bread pan and then put on the layer on cinnamon. Then to pour in the rest of the batter. There was no pouring. There was putting a blob of sticky dough in and spreading it to the edges. I sprinkled more cinnamon and erythritol on top because I like that sort of thing.

This is a very dense bread. It holds together extremely well so it is not spongy like a lot of low carb breads. It does have a bit of a cinnamon flavor but it is really not sweet. I imagine this would be good with butter (what isn't good with butter?) But I didn't try it that way. I thought it was OK but not great. I think Travis will enjoy it fried up with his eggs in the morning. But that kid loves to eat.  And I did also just remember, there is a recipe with this bread for sweet cinnamon butter. Maybe I will make some of that and try this bread again. 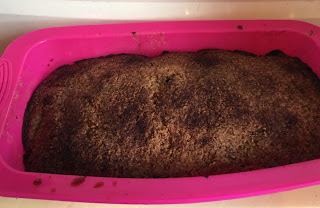 I think I mentioned at some point that my friend Angelique really wants a French Cruller. And if I didn't I am mentioning it now. She needs them to be gluten free and the majority of low carb recipes are gluten free by default. So I went looking for a recipe that might work out. 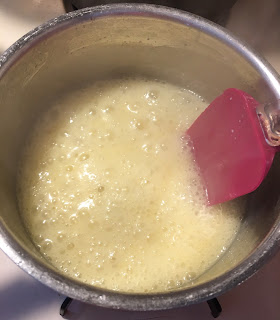 These are not actually French crullers, they are supposed to be a Krispy Kreme knock off. I don't think I have ever had a Krispy Kreme, but they seem to be the right thing. So I tried them out. 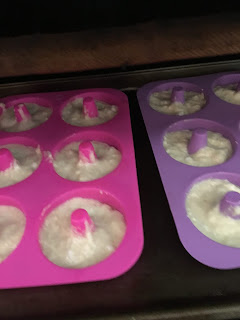 The bottom of the donuts came out nicely browned and wonderful, though I couldn't get the tops to brown like they were supposed to. I had that same issue recently with the hot dog rolls.  Anyway, I made the glaze, made the donuts and let everything cool as instructed. 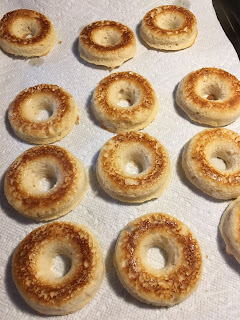 The glaze is AMAZING! At least one it's own. I may or may not have eaten a spoonful or two that was left after the donuts were finished. So I don't think they are a win as a French Cruller replacement, but they are pretty good. They had a slightly buttery flavor and the glaze makes them just a bit sweet. I might make these again some day, they are decent. While you are making the glaze you are supposed to cook the melted butter and the erythritol until the erythritol is melted. I thought mine was but maybe not, it is still a little crunchy. 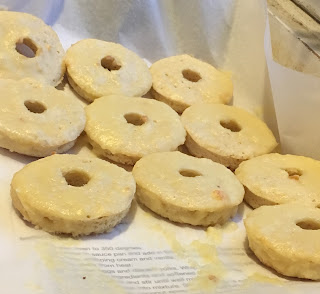 I'm not sure what I might make next. I still have a couple of recipes I want to try on my list. I also have a ton of stuff on Pinterest. I think I'll go read some more recipes and calculate some macros. I found a hamburger and mushroom casserole that looks really promising.