Have you ever had one of those days when you have everything scheduled out and you are going to be super productive and get a ton of stuff done? Then has the world gotten in your way to eat up a bunch of your time and mess up your carefully scheduled day? That happened to me yesterday. The first few things I managed in pretty much exactly the timeframe I expected. I was only about 10 minutes behind in my plan, which is nearly nothing and doesn't bother me. I finally managed to get a good photo of my unicorn hair. I used the Overtone purple for dark brown hair and it is so dark that it doesn't really show up on me. Not even in the sunlight. But now after several washings it is fading out a bit and it's visible. Unicorn hair makes me happy.
After the happiness of finally getting a good photo of my hair things went downhill for awhile. I had to drop off some packages at the post office. Since I have the postage already on them technically I can skip the line and just leave the stuff on the counter. Which I was going to do because I was on a schedule. But then some woman jumped in front of me and said she had just stepped to the side. I could have still done it but I didn't want to seem rude. But that led to at least 10 minutes for a 30 second stop...
Then I had to go and redeem some cans. We drink so much seltzer that I usually have a couple of giant bags a week. Well, I picked the wrong day to redeem cans. There were 3 people ahead of me, the machine filled up and it took awhile to get someone to empty it. After that I needed a handful of things from the grocery store. The woman in front of me in line had one item. It took her 15 minutes to be done. She wanted an item that was on sale but it was out of stock so she needed a rain check. So many delays. My quick errands took an hour longer than they should have. But at least I got them finished. 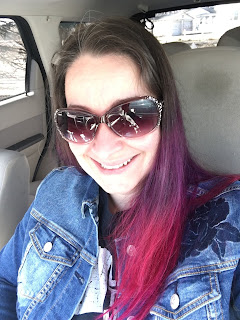 And I did in fact make progress on the dolls. I only remembered to get a picture of this cowboy but I got him and 2 casual western ladies done as well. The basic casual dolls are finished anyway. They all need chaps or chinks, but I have some already made for the ladies, I just need to dig them out and see which ones look best with each of their outfits. I need to make some for the cowboy. Not sure when I will have time for that. Travis has an awards ceremony for unified track tonight and tomorrow I need to go and buy ice cream. I wish I could just eat regular ice cream, things would be so much easier. I can eat Enlightened ice cream but only certain flavors. So I need to go out to Whole Foods where they have at least one or two of the flavors I can eat. Because I will never understand why a sugar free ice cream would also contain sugar. But a lot of the flavors have that problem. 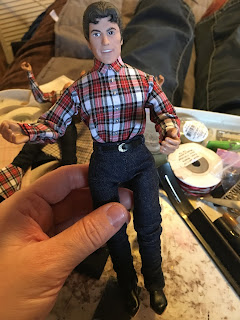 Today at school we had state testing. One of my main jobs for helping proctor the test is to circulate among the students as they take the test. Which means I do laps around the room. That leads to stats like these, very early in the day. Note that the time says 9:16 and I already have over 10,000 steps for the day. I figured out that I average about 100 steps a minute. Not bad really. I am going to have so many miles under my belt by the end of the day! 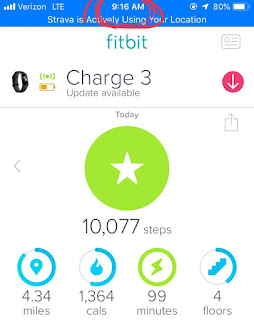 So between laundry and awards tonight, a trip to Whole Foods tomorrow, potential track practice Thursday (we're not sure yet) plus the need to bake a cake, and my birthday on Friday, I may not get any more doll work done at all this week. Which is OK, sometimes I need a break just so I don't get burnt out. I may at least find some time to get the chaps for the cowboy made. I think the next dolls I make will be a batch of hunt seat dolls. I sold the only one I had in my stock over the weekend. Those are definitely good to have on hand.
Spring is here but today it is so cold that it is hard to believe. With luck things will warm up soon and there will be nice weather for being outside. There are only 3 more weigh ins for the weight loss competition and I am looking forward to not having to care (as much) about the number on the scale. Today I feel thin and kind of fit. I would like for that to be what I can focus on.

Posted by Field of Dolls Studio at 7:51 AM