I got an order for a side saddle doll during the SNEWRU weekend. The deadline for this doll is short since it is needed for the weekend of the 23rd. Next weekend. Though I was also told that if it's not done by then it's not a problem. Still, I like to try to get things finished as quickly as possible. Which meant a bit of Sunday working. 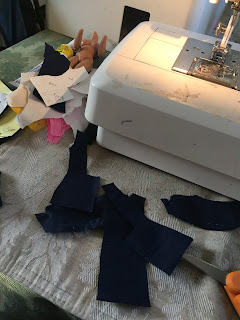 The body is prepped and the clothes are sewn so that is some progress at least. 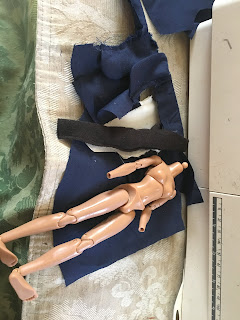 Another project I needed to get to was putting away my tack. It was in a box for over a week and I finally decided it needed to go back into the tack room. So all the halters and bridles got separated by type and hung back up. 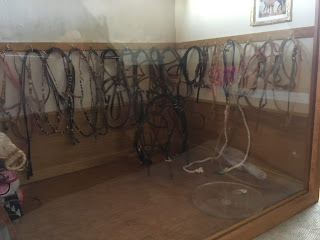 And the same with the saddles. I love my little tack room, it's a great way to display my tack collection when I am not using it. So I get to enjoy the tiny tack as well as the horses. 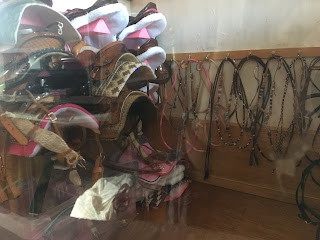 And doesn't everything just look better when it's neat and organized? 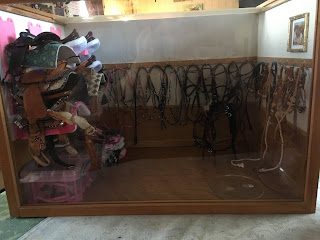 I managed to get one thing crossed off my list of things I need to do to prep for the next shows. I fixed the edging on my vaulting pad. It was coming loose in a couple of places. So that is taken care of. Several of the items on the list are doll related and will require partial rebuilds (Halestorm's dolls) and an alteration to a neck (also one of Halestorm's dolls). I also need to make a working cowboy for myself with the Christian Bale head I painted. And rehair my Elecktra doll. I should maybe get started on those things soon.
For supper last night I tried another Pinterest recipe. This one is a cheesy Mexican chicken skillet. It's quick to make, only takes about 30 minutes, and it's spicy and good. 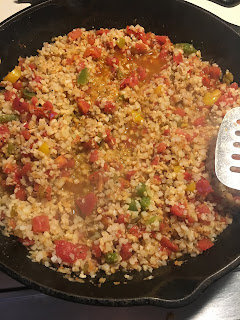 It definitely is cheesy. We had it with some sour cream, which was an excellent addition, and I think this one would also be good with black olives. Mmmmm... 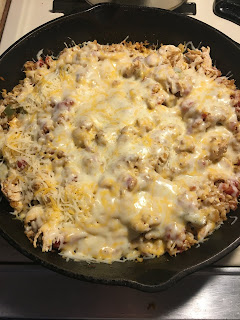 This recipe doesn't require a ton of ingredients or a lot of attention during the prep. This may become a repeat during track season when I have so much less time to do anything. I think I'll go poke around Pinterest some more and see what else I want to try. And maybe finally settle on a birthday cake recipe. 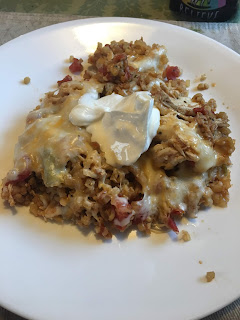