I have never been to Breyerfest. I have wanted to go many times over the years but so far have not managed to make the trip happen. Sooner or later I will work it out, but so far it has not been in the cards for me. The last few years have been particularly hard for me, the FOMO has been rough and I spend a ton of time stalking Facebook and hoping to see what is going on in Kentucky. This year though, thanks to some truly amazing people, I got to be a bigger part of Breyerfest than I have ever managed in the past.
My good friend Jackie brought dolls down to sell for me. That is huge. I'm actually going to go down to see Jackie on Friday and have a pony play date. I'm really excited about this! I can't even remember the last time I saw Jackie. Thursday afternoon of the Breyerfest weekend Jackie sent me a message that a doll sold within 15 minutes of her arriving. That made me feel really wonderful. A couple of hours later I got a message from Heather asking if I take paypal and we chatted back and forth for a bit and she sent me a pic of the drawer of dolls. It was awesome.
A little while later I got a message from my good friend Fabian. He told me there was a line of people waiting to look at the dolls! I nearly cried. He sent me some pictures of the people waiting, it was so much like being there! We chatted back and forth and he sent me this wonderful picture: 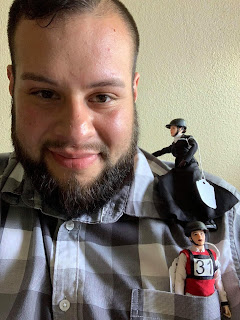 I told him the dolls look good on him. I also got an updated picture of the doll drawer. I went out in my yard and FaceTimed with Fabian and Heather for a bit. That was so wonderful! It wasn't being at Breyerfest, but it was closer than I have ever been. Thanks Fabian for keeping in touch all weekend! 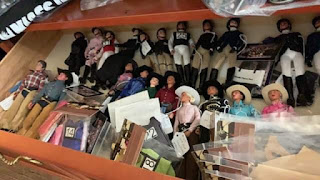 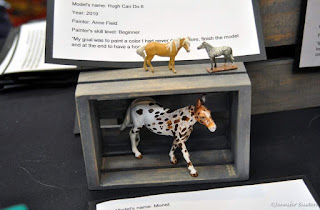 This morning I got a batch of photos from Anna Blackburn. She has ordered a lot of dolls from me. Recently, she has ordered some of the more interesting, and sometimes challenging, dolls. She was showing in Breyerfest live and her photos may be all the photos I have from the show. There was the knight I recently finished. 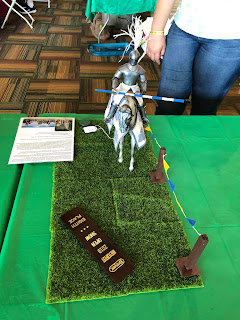 The Dani doll I made for her awhile back. 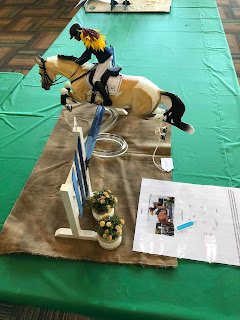 A western pleasure doll that was part of the batch I sent for the Breyerfest sale. 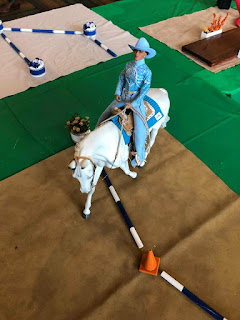 And a western pleasure doll I did awhile ago. Anna sent me more than just these photos, but I chose just a few to share. They really helped me be a little bit more a part of Breyerfest and I truly appreciate it. 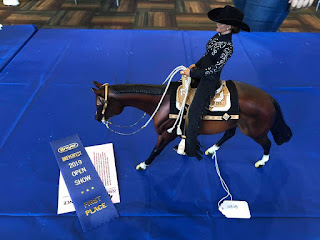 Fabian and I also had a really great chat about my plan. I now have a savings plan in place, and as long as I stick to it, and all the stars align, I will eventually be able to go to Breyerfest. My inability to make the trip so far is not solely based on financial things, but that is a part of it. But now I have a goal. And a plan to work towards the goal. And I also have amazing people that I know are willing to help me out if I ask. So someday, maybe in a year or two, I can go to Breyerfest in person. And get to see my amazing friends in person.

aww that's fantastic. I heard about your dolls on Mares in Black. I'm not likely to make it to Breyerfest, but it's lovely to see what you are making. they're amazing