When you see 1:9 scale miniatures, you have to buy them

Model horse performance showers, and general 1:9 scale collectors, know that when you see 1:9 scale miniatures, you should buy them. There is no telling when, or if you will ever find items like that again. So even though I have no immediate use for a 1:9 scale fire pit, I bought it. 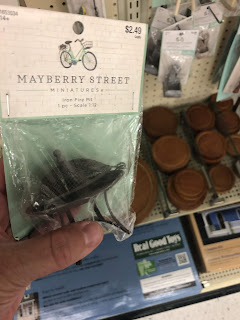 The same goes for the garden tools. I have no idea when or if I will ever need them for anything. But now if I do have a need, I have them. Because if you wait until you have the need the items will not be there when you go back. 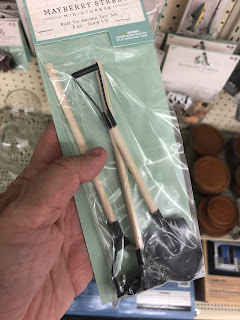 These 1:9 scale miniatures (which were marked 1:12 scale but were not) were found at Hobby Lobby. Along with this wall of glitter. I love and hate glitter. I love it and want to use it on dolls, but then I can't think of the best way to get it to stay. I hate when glitter rubs off on everything. And rubs completely off of the thing that you want it to stay on. I know that most people are super careful with their dolls (way more careful than is necessary) but glitter does not like to stay for me. And if you can get it to stay on, it's often with a finish over it. And that leaves the glitter less shiny. I know there has to be a better way to use it. I don't know it. 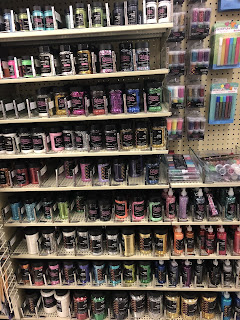 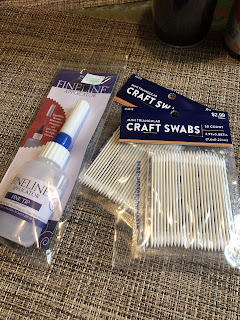 This unicorn box was something else I saw that I decided to leave at the store. I wanted it and even had it in my hand and was walking away from the shelf. Then I remembered that I am downsizing and don't actually have a need for this. They really are super cute though. 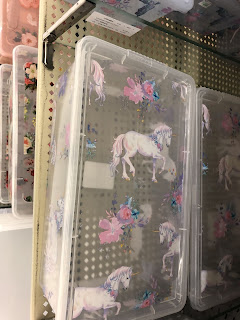 After I dragged Travis to a couple of stores we went to the arcade to play games. The first one he played was some zombie game where he had to shoot water at them (real water, shot at a screen, not sure how it worked really) and freeze them. I showed him how to do it and he got pretty good at it very quickly. 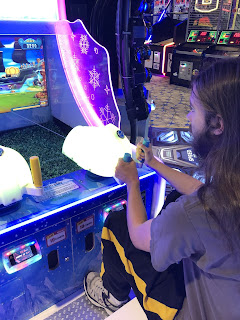 After zombie freezing it was this driving game... 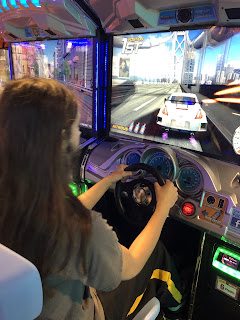 And this driving game... 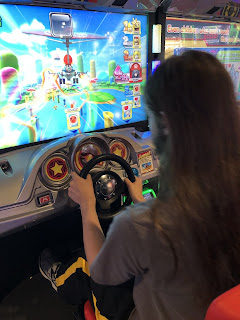 And this driving game. Things I learned from this were that Travis really loves driving games and he is a really bad driver. I did start to help him a bit to stay on the roads. Sort of. At least he had fun and no one was hurt in a video game. 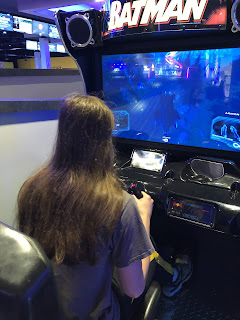 He played some old-school PacMan on the worlds largest screen. He kept chasing down the ghosts, even though I told him not to touch the ghosts. 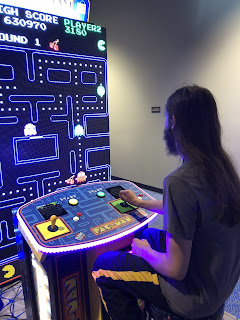 I made him play air hockey with me (because mom has to play something) but I don't think he was super into it. 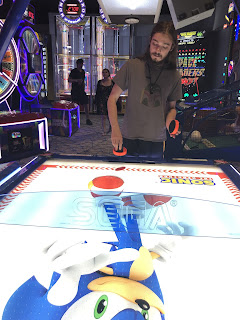 And we found the Mario Olympics (which we call Mario running) and Travis did his race and javelin throw. He ended up getting first place! Not sure if that is just how it is when you are playing alone or if he beat all the computer characters. But he had fun. 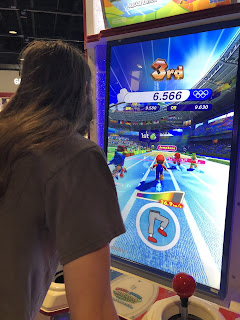 Travis also had me try to win him things out of a few different claw machines. I got nothing. Sometimes I am pretty good at claw machines, yesterday was not one of those days. Or the machines are all rigged to make it super hard to win. As we were leaving I asked Travis what his favorite game was and he said Mario. I asked if that was Mario driving or Mario running and he said Mario running. I told him we would go to the arcade again soon and maybe we could manage to get Yoshi out of the claw machine. Either way, it was a really fun time with Travis at the arcade and I am hoping we can go back for some more fun soon.