Sometimes I get to dress celebrities

The other day on Facebook there was a question on how to put one of the new heads on the male doll offered by KC's Galloping Gals. While I have not gotten any of the new heads myself yet, the neck peg is exactly the same as what was previously offered with the Hero Head from the 8" superstore. I have tons of those. I also recently did some surgery on Tony Stark's head to make a Tony Stark doll for Heather Jackson-Lain. It is an incredibly cool sculpt that we found on ebay but it arrived with the strangest looking base and I had no idea how to put it on a body. So I did what I usually do and I ripped it apart so I could make it usable. That's completely normal isn't it? Anyway, I added the neck peg that is identical to the neck pegs on the new heads from KC's. And I showed how to put it on the Type S body. I explained it in the original discussion, but photos make things easier I think. 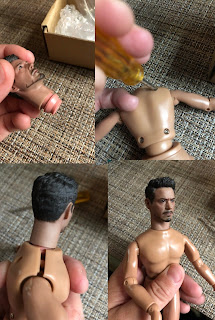 I got Tony's head on and I got Travis on the bus and then I went out to see my best friend, Crystal. She was in a car accident a couple of months ago and has been having a slow recovery. She tore a something something in her shoulder and it is very tiring to just be out and about for her. But we did go out for a couple of hours and we ended up in this local shop that sells a variety of things. Like, really random stuff. I saw these cute horse socks and they made me laugh. 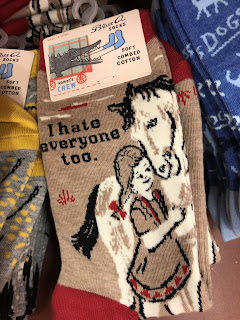 When I got back home I worked on getting Tony's suit on. I made that the other day so I was a bit ahead with getting him done. And I really wanted him done. Heather has been waiting a good long while for me to finish this doll. She has been incredibly patient. 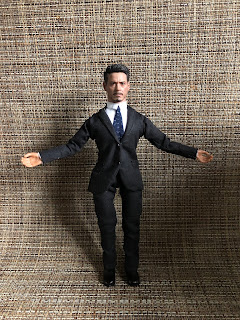 I think he came out nicely. I really wish I had the sculpting skills required to do a face like this! I would start doing tons of different celebrity dolls. Sadly though, I do not possess the skills for this. I should work on that. 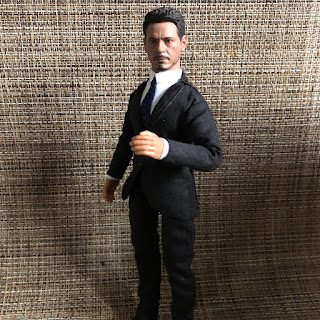 I have no idea what today has in store. Yesterday was a sort of chilly 75 degrees (yes, 75 is chilly after it has been in the 90's) and today will be 95 I think. Then this weekend is close to 100. Which will be wonderful if we can have low humidity to go along with that. I don't think we will be so lucky though. Hopefully Travis and I can find something interesting to do.
Posted by Field of Dolls Studio at 4:30 AM