When to Sew and When to Glue

The other day Facebook told me my Top Fans had not heard from me in awhile. Which was shortly after I posted a link to another blog post, lol. I don't know if links don't count or if Facebook just wanted me to talk to everyone, but I decided to post, sharing the silly thing Facebook said to me and asking what people wanted to read about. Mackenzie Ferguson was curious if Elecktra is doing anything cool or interesting that she would like to share. Elecktra said she's not but I reminded her of something pretty cool she is in fact doing and asked if she would write my first ever guest blog post. She said she would, so we'll see.
Kathleen Williams asked if I would do a post on when I sew and when I glue. In some ways that is an easy answer and in some ways it's not. Mostly I use glue instead of where you would use top stitching on full sized clothes. Since the stitches are out of scale. But here is a bit more in depth into the process of making a hunt coat.
There are a lot of pieces of a coat and I didn't get a picture of everything. I always start with the front pieces, which are sewn from two pieces, trimmed and inverted. 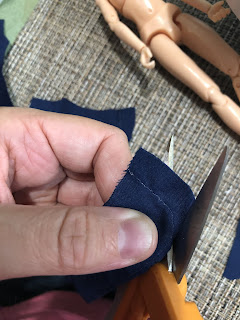 Then I assemble the back of the coat, which has a center piece and a piece on the left and the right. This allows you to have a double vented coat. I try really hard to keep the seems even one each side since even a few millimeters variation can cause the entire coat to be off or even not fit the doll. 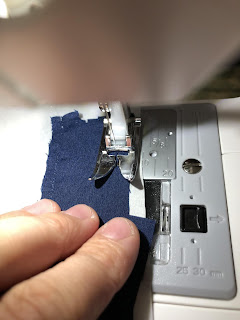 Once the back is put together I sew the front pieces on at the shoulder seams. I will sometimes do a double seam on the shoulders because they are super small and sometimes it's easy to rip out the seems. When I put in the sleeves I sometimes double stitch them for the same reason. Too many times when I have tried to flip the sleeves right side out I have ripped out a shoulder seam. And had to remake the coat. 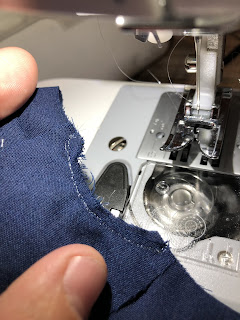 The first time I use any glue on a hunt coat is for the cuff. Since it's so tiny I need to make the cuff before I sew the sleeve or it's just not happening. First I measure from the shoulder seam where the cuff should end, using a doll body. Then I make a fold at the end of the fabric so I have a glue guide. 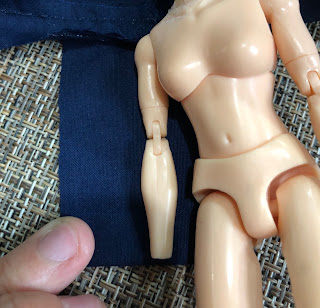 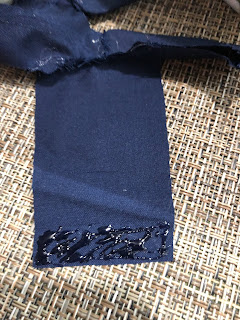 and I spread it out with my finger. This helps you have even coverage and will lesson the chance of glue going through the fabric when you fold up the cuff. This is also a big reason why I have glue all over my hands after I make a doll. 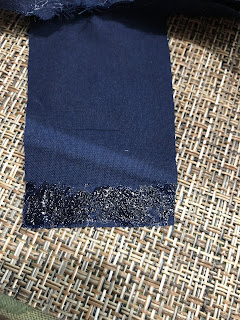 I sew from the cuff all the way down the side of the coat to the hem and then it's time for more glue. I use glue on the back lower pieces of the coat that forms the vents. This way you, again, don't have out of scale top stitched. 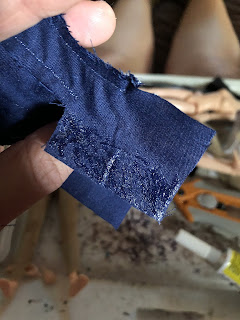 In this photo I have the two sides glued but the back flap is still loose. 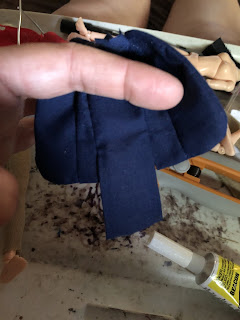 In regards to stitch length, it depends on your machine. On mine, it's 1, 1. Basically you want a straight stitch and you want it to be as short as possible. This lessons the chance that you will rip out your tiny seems or end up with gaps in your clothes. 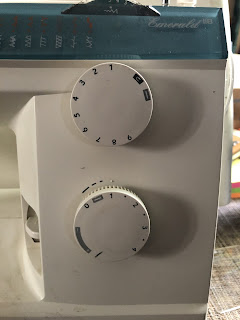 That is the basic idea of when I sew and when I use glue. There are some other times when I have found gluing makes things more in scale, but I don't have photos of that currently and I didn't want to take any longer to start to talk about this. So that just means I will have to talk about it more another time.
Posted by Field of Dolls Studio at 3:00 AM

A tutorial yayy!!
I am surprised at how large some of this work appears :) as well as how small.