I have been really busy lately. I am often really busy, but I have a lot of projects going on at the moment and while I get a lot done, I don't seem to have enough time in the day. But I am making sure to do some fun things. Probably not as often as I should, but more often than I was.
My next live sale is coming up on March 27th and I am still not finished with my projects. I wanted to get all of the smaller items finished in January, I think. That didn't happen. Then I wanted to get them all finished in February. That also didn't happen. Now we are into March and while I do have a bunch of things done, I don't have everything done. So I got a few more bareback pads sewn while I was working on some doll clothes. 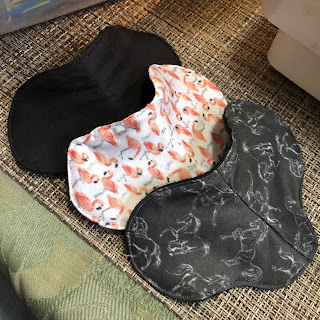 I put together some more mini backpacks that I made from custom fabric I ordered from Spoonflower. 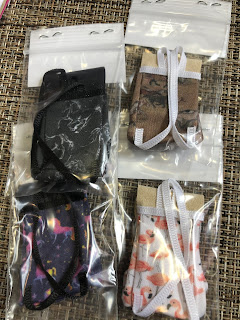 And I have sewn a lot of clothes. I am still working on a large batch of casual dolls of several types, because it just seems like a good idea to make a bunch of casual dolls. I will make other types of dolls as well, but I thought I would start with casual dolls. That way if I run out of time, which is always a possibility, I at least have what is currently the most popular type of dolls. 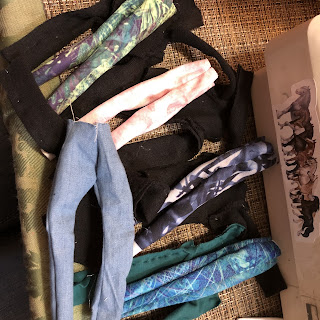 I currently have 5 of them in the works all at once They still have a lot of details that need to get finished, but at least progress is being made. 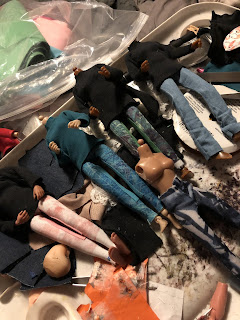 I only have 3 weeks left to get things done and ready for my birthday live sale. Hmm, I guess that means it's almost my birthday, not sure why that only now occurred to me. Anyway, I have a good variety of the smaller items ready, a few dolls and more in the works and plans for some more as well. But I still also have orders I am working on, so I will need to make a few less dolls for the sale. I just need to keep on going. And also taking breaks.