There are definitely some things you can expect from one of my live sales. One is that I am going to be wearing makeup. I love makeup and actually wear it most days. This year I have skipped doing a full face for the most part because wearing a mask covers half of it up, would rub it off potentially and, honestly, it's a few more minutes I can sleep in the morning when I don't do a full face.
But for my live sale this past Saturday I went all out in getting back to being me. I did a full face of makeup (for anyone curious, the eyeshadow, eye primer, brow products and foundation are all Urban Decay. Which has been one of my top favorite brands for a very long time). I also put on a bunch of jewelry, most of which I have not bothered with in a year. Masks get in the way of my dangly earrings and the rest I just have not felt like doing. This was really normal. I loved it. 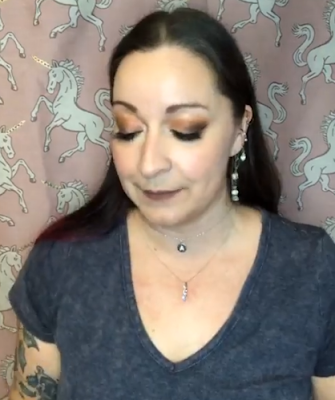 Another thing that is very common for my sales is seeing this super-close face as I read comments. 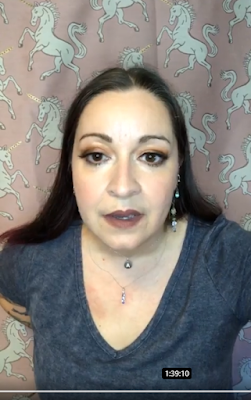 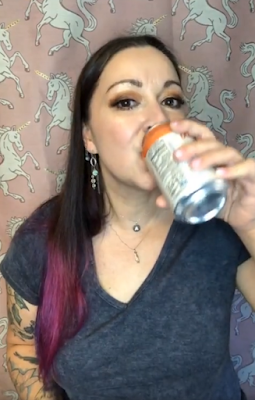 There is also often an empty frame as I try to organize things in the bags. I try to keep a running commentary so at least it is not too weird and boring. 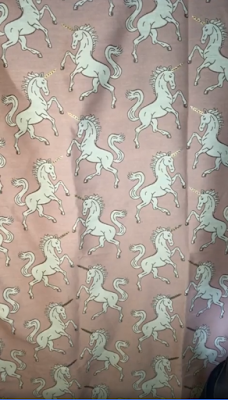 There is also usually some thinking faces. Though this may have been a biting my tongue moment. I had a couple of frustrating times during the sale. I go over the rules and post them in the video description, but I think people either don't read them or ignore them. At least this is a good shot of my earrings. 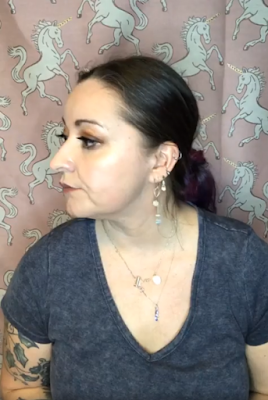 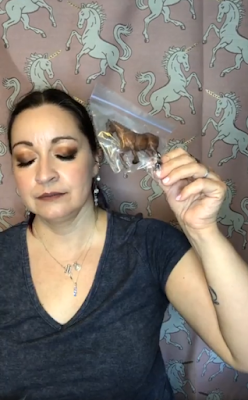 Not remembering "Clydesdale" was painful for me. These were not split second faces, these were several seconds long as I struggled to remember easy things that I have known for years. I am very tired and burnt out. I need a better way to do this. 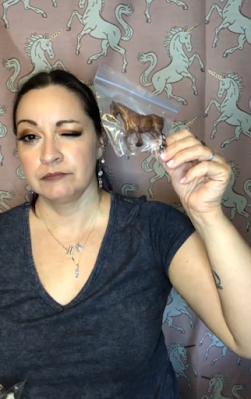 I also of course had plenty of showing of items, while also working out the best place to hold them to show the details without the awesome ring light washing them out. Together we found the perfect compromise. Which was both close (and at an angle) for details and further back for more clarity. There were definitely times I was frustrated during the sale. Some of it was forgetting what I meant to say, forgetting the names of things or just being frustrated at how long things seemed to take. I wasn't kidding, I don't know that having a helper would actually be super helpful. MAYBE for keeping bags alphabetized, though the good thing about doing it myself is I have (sometimes) a visual memory of exactly where I put a bag. Which (theoretically) makes it quicker to sort. Even through the frustrating stuff I had a lot of happiness. I do love live sales, after I get through the nerves. 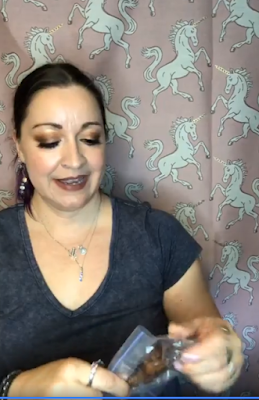 And definitely a lot of comments and conversation made me laugh! Lives sales are fun, and they are meant to be fun. Before, and during, the sale I was thinking of ways to make them more fun for everyone. 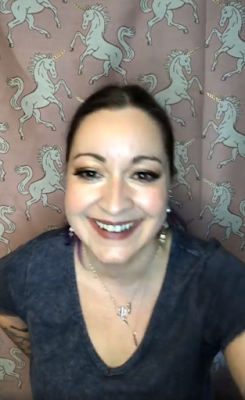 I think the biggest complaint I have heard from people is that their connection speed is not fast enough to snag the things they want. By the time they actually see the items come up they have already been claimed. There is nothing I can do about that and it makes me very frustrated too. I want this to be fair for everyone. We did see so many acts of kindness where people who had managed to claim several of one type of item gave up one, or more, of them so more people could get something they wanted. It did make a bit of extra work, but everyone was patient and my bag sorting system made it fairly easy. I also seemed to have quite a delay at times before I saw comments, but we worked it out and 40something people got at least one item. It was really nice to see everyone taking care of each other. It definitely helped the frustrating parts of things.
But really, there needs to be a better way. I have been thinking about how Terri Wright does her sales. Where she does a preview of different groups of items and then at a specific time the same photo is posted but with a claim number. The time stamp of whoever claimed first is the one who gets it. Which means you don't have to have the fastest connection, just the fastest fingers. Which still doesn't make it that much easier for everyone, but I think makes it more fair. Part of why I was so distracted the other day may have been that I was thinking about how to do the sale like that, but still live. People say they enjoy watching my live sales because they are entertaining, not just for the stuff. So I was thinking and thinking and I may have figured it out. Maybe.
I want to do a semi-live sale. Which is what I might call it, even though it WOULD be live, I would just not be showing the items. I want to try it the way Terri does, with the photos of the items to be claimed going up at different intervals. I was thinking small groups (or larger groups?) could go up every 5 minutes, instead of every 15. Or maybe 10 minutes if the group I am putting up is large. And the rule would be like Terri's rule, where for X-number of minutes you were only allowed to claim one item from the group. That would make it more fair for people to get their items, because 2:00 is 2:00 everywhere (or whatever time it is in your time zone). That would take connection speed out of the equation. And how would I also make it live? Well, easy. I would go live so people could chatter and watch me be a crazy person and then every 5-10 minutes a different lot of items would go up. In the interim between lots I would check the claims, make the bags and do the sorting, talk to people, do trivia and so on. I have pictured it and I do think it would work. The only issue I see is people needing to either split their screens to watch the page for the new items AND watch the video, or have two devices to be able to do both. But I think it would work.
I have no idea if I explained that well or not, or even really if it would work. But I have been thinking for over a year on how to make the sales the fairest they can be for everyone. I think this might be the way. The live portion would still be me announcing who got what and doing the sorting, but I think it is feasible. I might do a very small scale sale before August 14th (which is the next live sale) to see if this will even work. But I think it would be more fair and would save some time. Doing a 2 and a half hour live sale is definitely tiring. And I know not everyone wants to sit at their computer for that long.
I am going to take a small break. I have to get the shipping all done from this sale, I have some orders I need to get to, but then I might see about making a handful of items to do a trial run of the potentially new style of live sale. I really only need about 4 or 5 different groups to really show if this idea would work. If and when I decide to try this out I will make sure there is plenty of notice! The trial won't work if there is no one watching.
Also, today is my birthday!
Posted by Field of Dolls Studio at 11:30 PM

I am sad that I missed your sale. While it is fun to shop this way, it is even more fun to feel like are all at a hobby gathering and socializing. I'm glad it went well for you, and Happy Birthday!

Sounds like a great solution! Looking forward to seeing it in action.

I dont think it's the internet speed....hey I did the sale with a 5 yr old trying to get himself into trouble and I had to use my phone and jump on my laptop.