The last week or so doing things seems to take maximum effort. I also seem to be moving in super slow motion. It's an odd physical feeling as well as a lack of want-to. While I am sitting here typing this I am wishing I was laying in bed, watching YouTube videos. I don't know if the videos are that engaging or if I just don't feel like doing things. I would really love for this to pass.
I am definitely getting bits and pieces of things done, even though nothing is getting finished. The other day I started on a rainbow of cross country vests. I posted this photo on Instagram and Facebook. I do love how the color wheel of vests looks. I have gotten a bit further on these, most of the padding is in, but I forgot to take any photos. 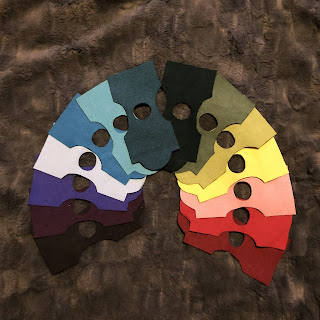 I mentioned some of my first world problems the other day. I did finally go out and do some makeup shopping. I went to MAC and I got a gorgeous color shift purple/green liquid eyeshadow. I also decided I would try the MAC liquid liner. I have tried a lot of liquid liners, and I don't love all of them. Actually, I don't even like most of them. I am a big fan of Urban Decay's perversion liner. But I decided to give MAC a try, it was the same price at the UD so why not?
I also went to Ulta and picked up a set of Jeffree Star eye brushes. And it was a good mail day and my Jeffree Star unicorn blood (that is the color) liquid lipstick came in the mail. This is the full extent of my Jeffree Star cosmetics collection at the moment. I have my eye on other things. I really only took this photo because I was texting back and forth with my niece about makeup, while I was cleaning out my makeup box. She said she just can't afford his stuff. I said I am 40, got through my super struggle years, have two jobs and basically all I do is pay bills and save money. That is how I could splurge on something like this. And at the time of this photo I had owed this handful of items from Jeffree Star cosmetics for less than 24 hours. 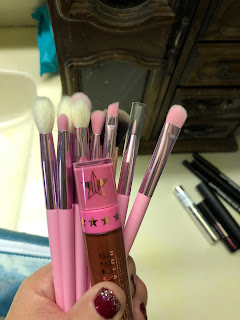 While a lot of things have been a struggle, especially dolls, I have been back into purge mode. I realized I had Mary Kay products in my makeup case from when I was a consultant. That was 10 years ago! It is a really bad idea to use previously used products that are that old. Especially anything liquid (face primer, concealer, foundation, etc). So I was severe and I threw out all of the old stuff. But I realized I also had a good amount of stuff that is very recent and new or nearly new. I did the makeup subscription bags from Sephora and Ipsy for a bit and I ended up with a variety of makeup and skincare items. But I am not really using it. Which was part of the reason I stopped getting the subscription bags. The makeup texting started when I asked my niece if she liked Rimmel. I literally bought that palette about a week ago and used a few colors once. I know how to disinfect a palette so I asked her if she wanted that. She was very excited for it as she loves makeup and recently lost most of her makeup collection. So I dug deep. I asked how she felt about used stuff I can't disinfect (mascara and lipgloss) and she said because it's me, she's fine with it. So I was very critical and pulled out anything I don't use, barely use or only use because I feel guilty for not using it. I still have stuff. I did discover that after my super purge I am actually in need of a few things. 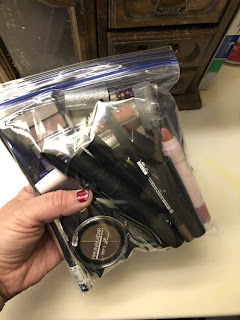 Why does anyone care about my makeup? Maybe they don't. But makeup is art, just like so many of the things we do. Makeup can be a mask, that literally can help us get into a character. Makeup can be confidence. If we like how we look, we feel good, and we are possibly more confident. Makeup can also be self-care, which a lot of us are bad at. I decided I wanted some colors I didn't own. Along with that I realized I have been neglecting my skin. Putting on makeup reminds me I need to take care of my skin. I am not usually a foundation kind of girl (I used to be) so I figured maybe I would start with a tinted moisturizer and build up from there when I am comfortable with that. And I will take care of my skin. Because I have been a super slacker. I am not feeling totally motivated to do things yet, but I am getting some random things taken care of and starting to make more of an effort with some things. 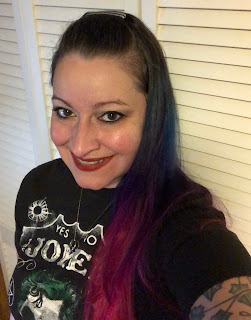 To a lot of people, Christmas is over for the year. Not for me. While we don't really celebrate Christmas, my family does. And Crystal and I always exchange gifts. After the makeup purge I decided it was time to wrap gifts. Though I use that term very loosely. Mostly things got put into gift bags. I did wrap a couple of things, but gift bags were better for most of the gifts. How else do you add chocolate? I made gifts pretty and ready for giving, but that took awhile. But now it is mostly done. I need some more wrapping paper to wrap some New Year's gifts (our family here does gifts for New Years and we celebrate New Years day). I imagine I will have a chance to do that before NYE. I better hurry though. 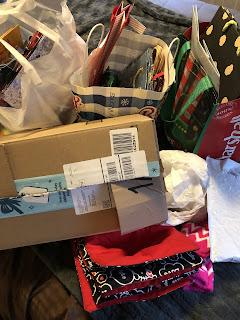 I did get some doll work worked on. Nothing got done, nothing has really gotten done in a bit. This jockey may be my mental block. Jockeys are a bit tricky to make but this guy has been in my book since sometime in the beginning or middle of November. Which is eons for me. First I was not making him because I was super prepping for my Black Friday sale. Then I was sort of taking a short break from dolls because I super needed it. Then I was (and am) struggling with the blahs. I have literally been working on this doll for weeks. A little bit at a time. He is getting closer, but he still needs a lot more work. I am hoping if I push through and finish him, I might feel more accomplished and then in turn might be more productive. Sometimes that happens. Wish me luck. 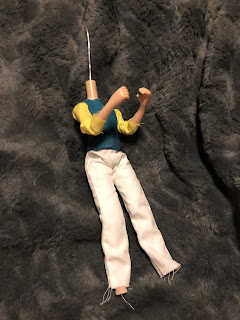 The other night I was laying on my bed watching YouTube videos and texting people, when Travis decided he needed to come hang out. And be silly. He was giggling and laying on my shoulder. He even told me he was being (or felt) silly. I said "what are you doing?" and he said "silly". So here is my silly selfie with my super silly Travis. Too bad this happened so late in the day. Travis's silly and super positive energy might have motivated me to do things if I had more time. It sure made me feel happy. 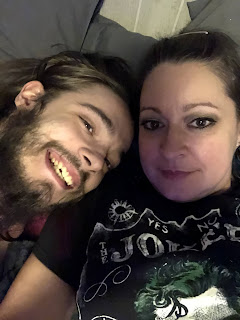 Anyway, I have not been super productive with any one thing lately, but I have gotten bits and pieces of several things worked on. I am close to finished with several pairs of leather chaps and chinks. I fixed a pair of chaps I ripped the front strap out of during a photo shoot (OK, so I DID finish something). I have made progress on a whole bunch of cross country vests and I am slowly making progress on the jockey. Things ARE happening. Just slowly. And I am enjoying my TV and video time. I need to remember, it is getting dark a couple of minutes later every day. We are one day closer to Spring. It won't be cold forever, even though it seems like it at the moment. And even though I am having some struggles at the moment, it really isn't that bad and I really am very blessed.

Good writing. I enjoyed reading this one.