On Thanksgiving Ethan, Travis and I went to have Thanksgiving with the Dzierwinskis. It was a really nice time. But we had no leftovers. We also still had all the food that we had planned to cook. So yesterday we had second Thanksgiving. There was of course turkey, and it came out perfectly. I always worry a bit about turkey. 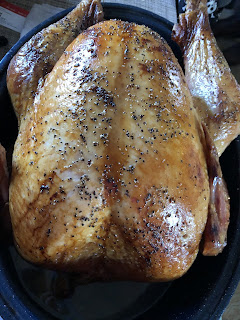 We had stuffing. I actually got into an argument the other day with some people at school about stuffing. They insisted I couldn't eat stuffing on my "weird" diet. I said I absolutely can eat proper stuffing because it's made of meat. They insisted it still had bread in it and I laughed and said no it doesn't and I told them about meat stuffing. I also didn't know that a lot of people make stuffing out of bread until I was grown. Because meat stuffing is the correct stuffing, just saying. 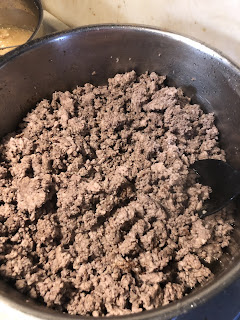 We also had a low carb green bead casserole that we decided to put fried mushrooms on. It was really excellent! 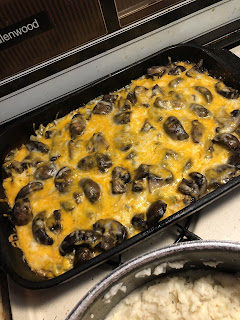 Low carb gravy that was tasty but never thickened properly. That could actually be because of the turkey drippings. Hmm... 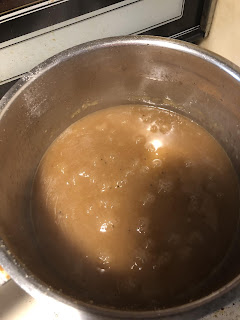 Mashed cauliflower, not my best one, but not bad. 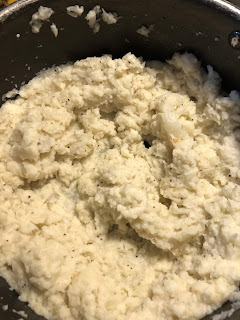 And all together. We also had a mock apple pie and peanut butter pie. All in all a really excellent second Thanksgiving. 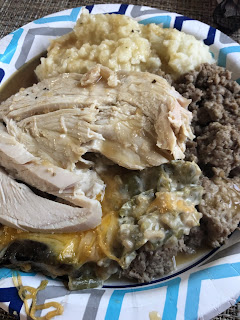 And now we have leftovers.
Posted by Field of Dolls Studio at 2:30 AM

I confess I did not know about meat stuffing. But it makes sense. The mock-apple and peanut butter sound good. My husband is allergic to pumpkin (I am not making this up!).