Parade of Pigs and 3-D movies

Saturday was a full day of going out and doing interesting things. First off, Ethan, Travis and I went to one of the local indoor flea markets in the area. You really never know what you are going to find at one of those. One of my facebook friends, though I can't remember who, posts pictures of a mannequin at an indoor flea market local to her. I think this lady is related. I will have to go back and see if she gets a different outfit at another time of year. She, and most of the store, were very festive. 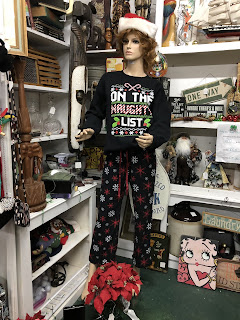 This sign amused me greatly. Though I do actually love camping. I also really appreciate a nice hotel. I don't even need room service, just someone to clean up for me, make my bed and bring me clean towels every day. And unlimited hot water is nice too. 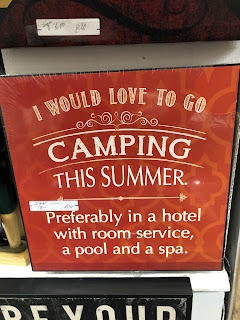 As with most model horse collectors I look for horses when I am at flea markets. Though most of what I am interested in collecting will never end up at a flea market, it's still fun to look. This horse was next to a weird pig thing. There was another of these pig things on a close-by shelf. 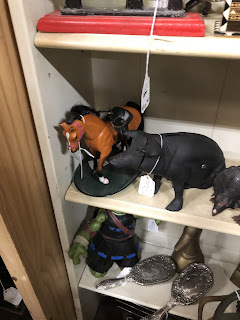 Ethan then found me this pig thing. It was kind of creepy. But also sort of cute. 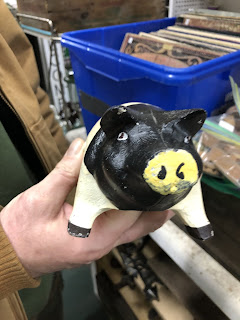 And then Ethan found this brass pig. I actually really like this pig a lot. I think it was a bank, and only $5. But I do not have this pig because as much as I like it, I do not need it. It was funny how many pig things we saw at the flea market. These were just a few of them. 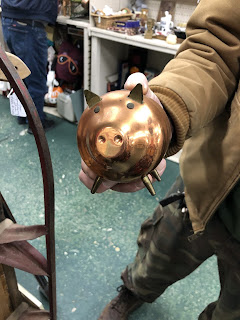 There were of course other horses as well. There was a shelf with a few Breyers right when we came in, and I found this shelf that had even more. The front leg on that Man O' War is a scary mess. I have pretty much zero interest in old Breyers so I didn't look at the price on any of them. I could have walked by something really special and I would never know. 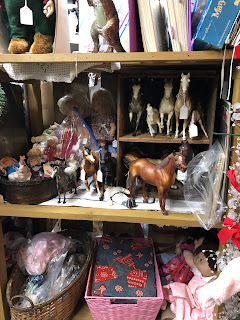 This guy was kind of cool as well. There were a lot of random toys in different booths all over the store. A lot of them were just awful, but I liked this guy. He's another I have no use for at all. I just wanted to take his picture. Though I could imagine him being great in an other animal performance class. He looked about 1:9 scale to me. 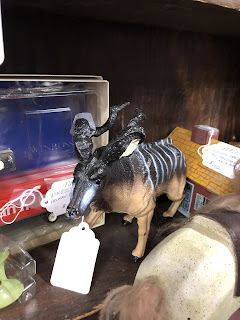 There were random real horse items here and there in the store. 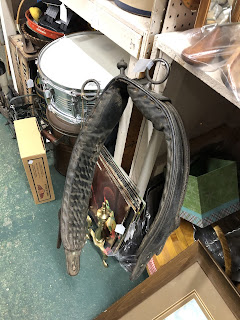 And other random Breyers just mixed in with other things. Some booths had more of a theme, though most did not. Some were very neat and organized and some had things literally piled into them. It really is a pretty nice indoor flea market. Nothing like the Brimfield flea market, but few things are. 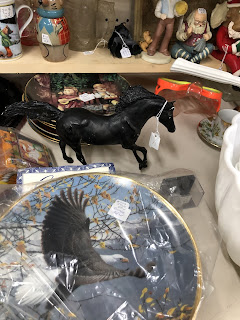 After the flea market my niece, Amanda, and her 2 daughters came over. We all headed down to the Connecticut Science Center to see The Polar Express in 3-D. My friend Brandi gave me tickets. Travis and I have not been to a movie in a long time. It was really great to go again. And definitely fun to go with some really cool people that I love. Alexis was fussing and didn't want to get in any photos. 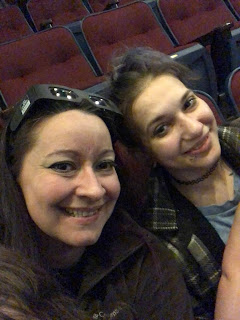 But Alice got in a pic with Travis and I. She is such a sweet girl. I know you can't see it, but she has one of those magical little smiles that can melt you into a puddle of mush. 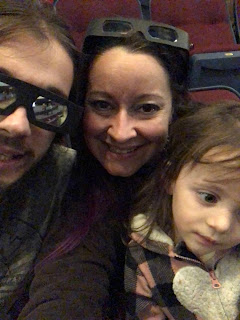 All in all it was a pretty good Saturday. Lots of different things out and about. The flea market was fun and Travis found another giant action figure to add to his collection. I spent more time with toddlers than I have in a long time, and it didn't bother me. I don't miss it, but it didn't bother me. And I was really happy to spend some time with Amanda. That doesn't happen nearly often enough.
Posted by Field of Dolls Studio at 2:30 AM

Congrats! On the subject of old Breyers: That looks to me like a Man-O-War with battleship grey hooves (an early variant), and I could fix his leg in 30 minutes.