Last week was a really interesting week. Wednesday night Travis and I went to LHS for their holiday concert. We didn't stay for the whole thing because Travis was having a rough time so we left early. We did get to see the men's choir perform, which included a lightsaber battle. It was a lot of fun, and very funny! 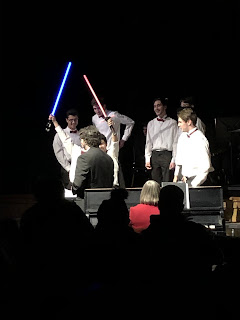 Thursday I got a phone call from one of the nurse's at Travis's school, saying his ears were bothering him. I had a note in his log the day before saying the same thing. I didn't see anything that led me to believe he was having an issue, so I didn't do anything other than watch. When the nurse called, and said he had a low grade fever I figured I should bring him to the doctor. We went, we waited, we waited more, he saw the doctor, he had no fever and nothing wrong with his ears. We did get a prescription for some really excellent cream for his eczema though. In just a few days his hands, which were a super mess for the last month, are looking so much better!
Friday I got a text from Travis's para. They were exchanging Christmas gifts and she got this picture for me. I really love getting pictures of Travis from school! The app the new teacher is using is also a really great (and fast) way to get information and photos about Travis's day. Though I guess if I didn't know about my high school kid's day, that would be normal. Still, I am glad I know. 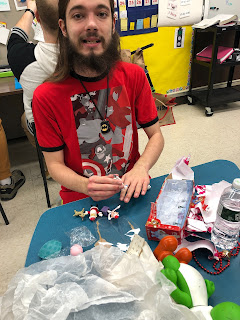 Friday was a very busy day for me in some ways. In the morning we did Cake Boss. The cooking class did a project to bake and decorate cakes. They could pick their own recipes and everything had to be from scratch. I said I would be a judge. I also obviously said screw the low carb, no sugar eating. For the children, of course. I made sure to get a photo of each of the cakes before they were cut. Then we took the rubric and judged the cakes. This one was vanilla with a very sweet frosting. A bit dense and not super flavorful, but not bad. 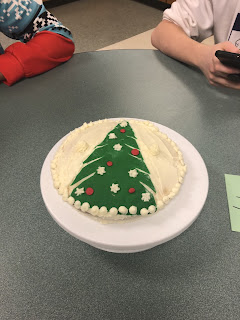 This one was one of the most perfect chocolate cakes I have ever eaten. It was very chocolatey, in both the cake and the frosting, but it was not overpowering. It was a good texture in the cake part and not too sweet. 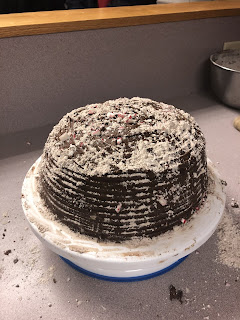 This was a super cute funfetti cake. The frosting was thin, but that was good as it was super sweet. The cake was a bit dry, but it was incredibly cute when you had a slice on your plate. The kids also served each judge a slice with a little snowman stuck in it. 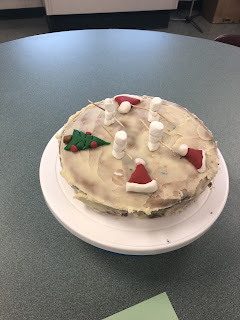 This cake actually surprised me a bit. It was pink on the inside, so of course I loved that, but it was peppermint flavored. I am not a fan of peppermint but surprisingly, it was really good! It was very subtle in flavor and had an excellent texture. 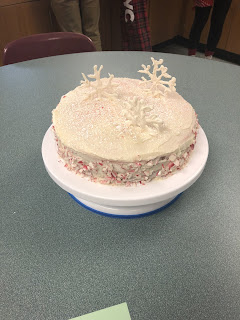 The frosting on this cake was very sweet but this was our favorite for decorations. I love how the tiniest snowman has ears! So Cake Boss was fun, though the kids were WAY too generous with their portions. I didn't want to be wasteful so I didn't throw the cake out after I had my bites to taste test. I ended up walking around school for half the day with a plate of cake. I kept hoping someone would take some. I did give away a bit, but not enough. Eventually I had to give in and toss it out. I ate way too much of it while I had it and it made me super shaky and a little weird. 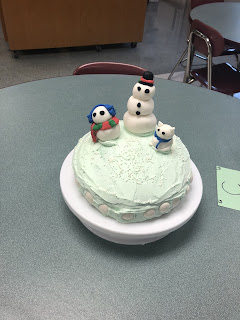 Speaking of weird, there was a lot of that at the pep rally! This is the culminating event of the winter spirit week. Each class/grade competes against the other classes/grades and earns points for different challenges. Monday-Thursday there is a theme that the kids need to dress for. Then Friday was the pep rally and a variety of games. This was during the lip sync battle. Somehow this has turned into more of a dance competition than lip syncing, but it's usually a lot of fun. The seniors did an excellent job with their performance for this, and several other events. After vacation we will find out who officially won spirit week. I finally remembered to bring earplugs so I enjoyed the pep rally more than I ever have. It's amazing how much fun it is watching all the games and silliness without getting a pounding headache from it! I was by far not the only staff member with earplugs! 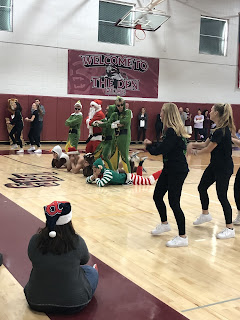 Friday was full of gifting as well. I actually spent a lot of the day going all over school delivering gifts and cards to friends. I also received quite a few gifts in return, which was really touching. Angelique gave me this shirt, and it is awesome. She said she has one for herself just like it. I said we should wear them on the same day. It seems like the right thing to do. 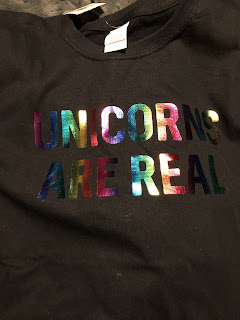 When I got home from school my gifts had arrived from my model horse gift exchange person. I got some really excellent things including a new type of Tiny Footprint coffee to try (it was excellent!) Swarovski crystals, paintbrushes, minis and some Christmas stuff including socks with pink heels and toes! It was a really cool gift. 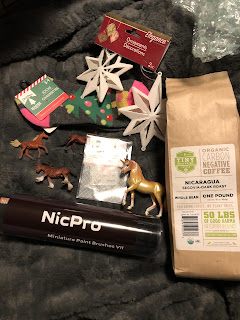 After opening the mail and hiding things that were gifts for other people I headed out to our staff holiday get together. Educators are a really fun bunch of people! There was much silliness, stories back and forth and some shenanigans! One of the teachers left his phone on the table when he wandered off. And he had no security on it. So he will find all of the pictures we took (with his phone) sooner or later. So many groups selfies! This one was not on his phone, but I really loved it. These are a few of my favorite people at LHS. 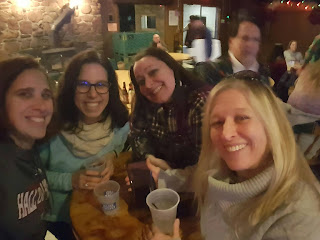 After the staff get together I came home and Elecktra was still here chatting away with Ethan. I got to visit with her for a bit before Peter came and got her. It was a really good day and a really nice start to the long winter break. I am off for 12 days and I don't have too much for plans. It sounds relaxing. I have some vague plans to hang out with some of my friends from work. We'll see if that happens, we always have the best of intentions but sometimes time gets away from us. So we'll see. I am hoping to work on some dolls and maybe get into some painting, finish some prepping and Travis and I still have a bunch more Christmas movies on our watch list. It should be a good time.